Justice League Underperformed at the Box Office. So What Comes Next? 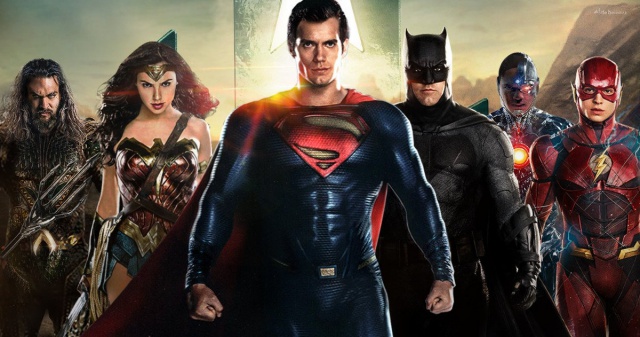 Despite making 95 million at the box office, this was a disappointing weekend number for Warner Bros. with estimates earlier projecting the film to make in the $110 million range this weekend. The movie’s budget is said to be around 300 million.

According to Variety, six films this year have been able to claim opening weekends with over 100 million:

While Wonder Woman was a huge success and went on to make all of the money and be a critical darling, this is a big failure for DC. Not only monetarily, but as an earlier article from The Hollywood Reporter stated, if the B-list of Marvel characters can outperform the A-Listers of DC, that is something DC/Warner Bros. will have a hard time coming back from that outside of Wonder Woman 2.

[…] a Justice League insider tells The Hollywood Reporter, adding, “It’s going to be a stressful weekend for some [Warners] execs […]  Sources say the studio has higher hopes for the solo movie Aquaman, which hits theaters Dec. 21, 2018.

Now, I enjoyed Justice League, while admitting it was a very flawed movie in pretty much every way, but I am also invested in the DC universe doing well. I love those characters and I think that in a fashion the film course corrected long-standing issues within the universe—but at the expense of nonsense plotting and a pretty terrible foundation. However, more than most people at this point, I still think it is possible to see the DCEU move past this “weak” box-office.

We have Aquaman, Shazam! and The Flash films coming out. They have talked—hinted—at the potential of a Flashpoint storyline since Ezra Miller’s cameo in BvS, and if they want to reboot that series, softly, while keeping some cast members and replacing others, this is their get out of jail free card. Yes, it’s kind of a cheap out, but who cares. Comic book storylines are built around this kind of stuff: the wonkier the better.

Keep the awesome diversity and humor that has been infused into the story with JL, while removing the butt shots Whedon added in, and expand the Bat-universe beyond Bruce Wayne and Alfred. Also, this will allow us to purge the horror that was Jared Leto’s Joker from the DCEU.

However, at the core of the issue, the DCEU needs to get a lot better about understanding what their characters are supposed to stand for. Wonder Woman nailed it out of the gate, and after two full films, they finally gave Superman a personality that is actually in step with who the character should be.

Yet Batman is just lost in the Grim Dark mess. It’s time to bring back the World’s Greatest Detective, and recognize that the Nolan Batman works fine in his own singular story and not when he is interacting with a larger universe. Miller’s Barry Allen needs to be his own character, separate from the television show’s incarnation (in my opinion he should have just been Wally). Cyborg and Aquaman need the most development, and considering Victor is a disabled genius black man, and Aquaman is now played by an indigenous man, it is the perfect time to include some actual depth for their characters.

Thor: Ragnarok may have been a fun superhero movie, but it also had an underlying story about colonization that was really interesting to see. The DCEU has options upon options about how to make the most out of this universe that they have paid a lot of money to bring to the big screen. Use them.