First 'Justice League' Reviews Are Not Kind | The Mary Sue 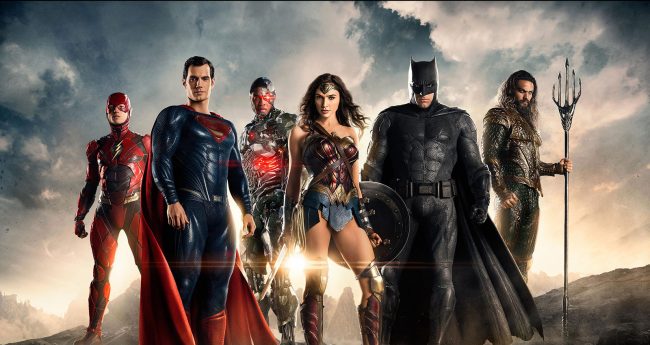 Reviews for Justice League started popping up online this morning. We’ll have ours up tomorrow, but in the meantime, you might be wondering what people are saying about the latest overcrowded superhero party. Now, try not to let the shock catapult you from your seat, but the reviews are … not great. Even when they’re positive, they’re somehow still not great.

In a suspect move, Warner Bros, whose parent company owns a minority stake in Rotten Tomatoes, has decided to hold off releasing its Tomato score until tomorrow. They say it’s to promote a new review-based Facebook streaming show, but I’m sure these reviews (and the now-leaked 48% rating) didn’t help.

Here are some of my favorite quotes that make me very excited to never see Justice League/watch it with many adult beverages in hand.

On a moment-to-moment basis, though, Justice League often feels fractured. Whedon’s reshoots are sometimes painfully obvious, as when Flash and Cyborg share a brief personal moment in a graveyard that looks as cheap as a first-season Buffy the Vampire Slayer set. While those scenes can seem roughly interpolated and out-of-place, though, they often offer the film’s most meaningful character moments and flashes of humor and humanity. A quick gag involving Aquaman reveals more about him than the entire rest of the film’s two-hour runtime.

“Snyder brought a level of darkness and nihilism to this franchise, so it’s very, very strange that “Justice League” is as quippy as it is. No doubt this is due to the presence of Whedon, who takes a screenwriting credit, but it just does not fit with Snyder’s dour takes on the characters. Not to mention the dialogue is painful. Miller’s neurotic routine is initially quite charming, until his one-liners become incredibly cheesy and tired. Aquaman peppers his speech with many dude-brah phrases, while Cyborg, regrettably, utters “boo-yah” at one point.”

“It’s also stupid, and there’s no pretending otherwise. Perhaps the biggest issue with the DC films is this: they dress themselves up as though they’re very serious movies. That’s part of why Momoa’s Aquaman is such a breath of fresh air. He’s just dumb, and that’s not a statement about the character’s traits, but a statement about the whole deal. He talks to fish. He surfs on the aforementioned dead body. He goes “whooooooo-hoo!” a lot. It’s delightful, and totally stupid.”

“It’s consistently embarrassing to watch, and features plot holes so yawningly vast they have a kind of Grand Canyon-like splendour: part of you wants to hang around to see what they look like at sunset.”

“Seriously, I’m sitting here just stewing about this because a Justice League of America movie is something I’ve been waiting my whole life to see and this is it? We finally see all of these characters together in a live-action movie and they immediately start fighting an endless army of CGI Parademons (Batman’s role is to drive around and shoot Parademons with his Batmobile machine gun), under a CGI sky, inside some sort of CGI warehouse, in CGI Russia. My gosh, there’s CGI corn in this movie. CGI corn! Couldn’t they have gone to Kansas for one day? I’ve been to Kansas many times and there’s plenty of real corn – or maybe another corn-growing state that offers incentives to film there? I don’t know why the CGI corn got to me so much, but it did. There’s so much real corn in this world!”

“I feel bad for Justice League.”

In addition to the general badness, the movie reportedly does not do right by our hero Gal Gadot. ScreenCrush warns that “those who appreciated how her film refused to treat her like a sexual object probably won’t be too keen on the way Snyder and Whedon repeatedly introduce her in scenes butt or cleavage first,” and The Verge mentions “a disconcerting number of Wonder Woman upskirt shots.”

Oh, and if you’re wondering if you need to stay through the credits, The Guardian says “the tiresome post-credits sting is a microcosm of the film’s disappointment.” So at least it’s consistent?