The Justice League Speaks out as Pro #ReleaseTheSnyderCut & Honestly, We’d Like to See It Too 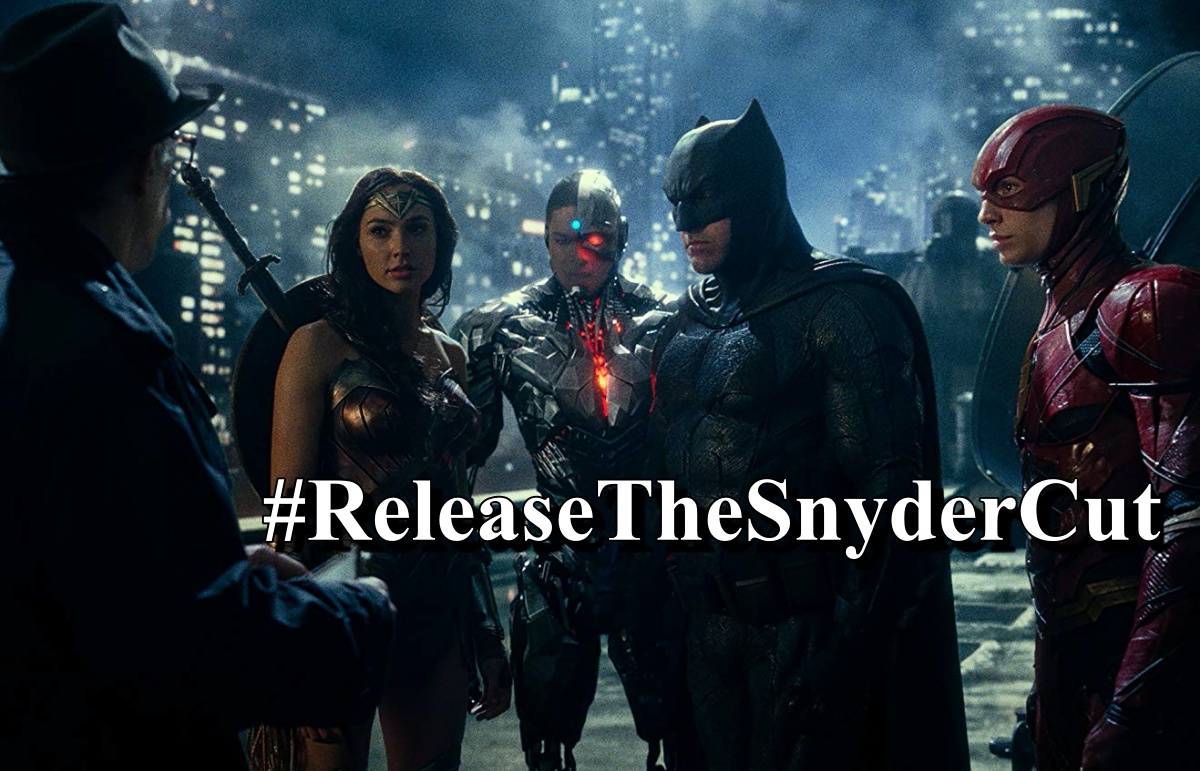 It’s been two years since Justice League came out and the #ReleaseTheSnyderCut movement has grown from a grassroots movement to now having the support of the Justice League and Friends themselves. Over the weekend, Ben Affleck (Batman), Gal Gadot (Wonder Woman), Ray Fisher (Cyborg),  Zack Snyder, and David Ayer all lent their support to the movement.

A few weeks ago, Jason Momoa (Aquaman) also expressed his support. Momoa himself has always been a defender of Snyder and the director’s vision for the DC franchise.

My feelings have always kind of gone back and forth about the “Snyder Cut” because I feel like, from what we have been told about the storyline (including the Lois Lane death), it did not sound like a movie that I would have enjoyed. However, while Joss Whedon’s additions to the Justice League movie may have made it more comical at points, he also added butt shots of Diana, made Bruce/Diana even more unbearable than usual—and I feel like Snyder would have been brave enough to let Henry Cavill just have facial hair as Superman.

I didn’t hate Justice League, but it doesn’t feel connected to the other movies it came from and I think that if Warner Bros. trusted Snyder with bringing his vision to the screen, then they should have followed his notes.

The fact that he suffered such an immense personal tragedy on top of it all, makes it easy to understand why, now that Warner Bros. just got a huge win with Joker, it’s time for them to #ReleaseTheSnyderCut.

I will say that the hype around this seems very interesting especially because Warner Bros. has a certain ace in the hole when it comes to getting this product out: HBO Max. Releasing the SnyderCut as part of an exclusive HBO Max product would be excellent marketing on the part of the comedy because it’s something people actually want and have campaigned for.

Personally, I think the fans deserve it for free because they have been champions of it from Day One despite the mocking and ire; hiding it behind a streaming paywall would be kind of shitty.

I’m interested to see what the original product would look like. Do I think it would be “good”? Not necessarily, but I think as of this point, it couldn’t hurt to just let us judge for ourselves.