5 Ladies We Want To See In Justice League 2

Because it's gonna happen. 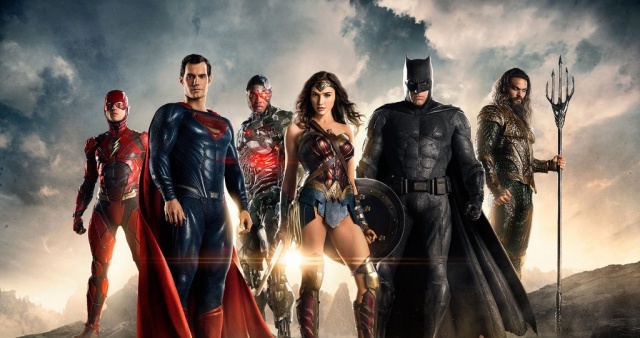 The newest Justice League trailer is out and despite all my desire to scowl at the whole thing, seeing the team act like a team made me smile. I love DC comics and I love the Justice League, so I’m going to close my eyes and pray to Hera that it’ll be good. However, there is something that I hope will be improved upon next time (because there will be a next time): more ladies in the League.

Those of us who grew up in the DCAU era of television remember that the show Justice League (and Justice League Unlimited) gave us at least two female core members of the League, Wonder Woman and Hawkgirl, in addition to the other awesome female characters that made appearances throughout the show. In this new movie Diana is carrying the female super strength alone (emphasis on the super, don’t worry I see you Lois). So in 2020 when we get out Justice League 2 movie, I’m hoping to see some more super-powered ladies on the stage. Here are some of my favorites I’d love to see get some big-screen love.

A former warrior for Darkseid turned force for good, Big Barda is one of the most bad-ass ladies of the DC universe. Not only can she fight toe to toe with Wonder Woman and kick-ass with the best of them, she also is allowed to be an affectionate person. She defected from team-Darkseid when she fell in love with Mister Miracle (how could she resist with a name like that) and lives in the suburbs as an immortal bad-ass who fights space creatures.

My personal queen, Dinah aka The Black Canary has been over the past decade been pushed more and more to the forefront of the DC JL lineup. No wonder, considering that on top of being gorgeous beyond reason, she is one of the most skilled martial artists on the planet. Not to mention she has a scream that can shatter metal.

Queen of the planet Almerac, Maxima is a powerful warrior who has it bad for our boy Superman. A woman who has switched sides many times joining hands with Brainiac, Darkseid, and the League themselves, Maxima is morally grey and that is exciting to see. Not to mention, look at that hair!

There is no ambiguity here, Granny Goodness is pure evil. The loyal right hand of Darkseid and leader of the Furies, there is nothing G.G won’t do in order to serve her master. Even kill her own dog. That’s right. She killed her dog out of loyalty to Darkseid. You get her and Barda in the room together and things are going to break.

The queen of the animal kingdom, Vixen has recently gotten to shine on the CW’s Legends of Tomorrow (kinda), but her powers need a budget. She can take on the properties or abilities of any animal giving her a variety of superpowers. In some versions of the character, she was able to pull the abilities from creatures that are extinct or haven’t existed. You know what that means? Dragon powers in your movie or even better Cthulu powers in your movie. You’re welcome.