It’s All Fun and Games on The Set of Jumanji, Apparently 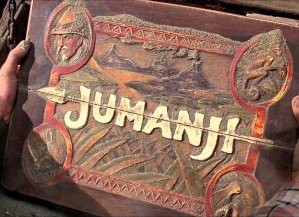 The cast of the new Jumanji movie are currently having #toomuchfun. That’s what we can deduce so far from all of the videos the four main cast members–Dwayne “The Rock” Johnson, Kevin Hart, Jack Black and Karen Gillan–have been sharing from the set.

Gillan was happy to share how difficult being an actress actually is, though she also found time to give her co-star Black a shoutout. Meanwhile, Black performed an impromptu song with Gillan and Nick Jonas about the prevalence of mosquitoes when one happens to be filming a movie in Hawaii–but the award for the Most Fun Of All has got to go to The Rock, who has been taking serious advantage of Hart’s bug-phobia to mess with him when the cameras aren’t rolling:

Watch @kevinhart4real jump!😂😂. He's terrified of all the biting centipedes and venomous spiders in our jungle, so what does any good friend do? F*ck with him. #OnLocation #Jumanji #JungleLuv #ImNotTheGuyUWant2GoCampingWith

Happy Halloween @kevinhart4real! 😂 You can see the big fake furry spider 🕷I have in my right hand that I throw on Kevin before our take. You gotta understand that when we're asked to lay down in these jungles – when you look closely on the ground – it's literally moving with all kinds of bugs, spiders and centipedes. It's Kev's worst nightmare and some of the funniest shit I've seen when he thinks something is crawling on him. Non stop laughs with my guy on this movie. We always make it fun. 👊🏾💯 #OnSet #Jumanji #OnLocation #Hawaii #CasuallyLayingOnCentipedes

Of course, Hart isn’t above getting even; on The Tonight Show With Jimmy Fallon a couple weeks ago, the actor shared an anecdote (complete with video) about how he teases Johnson for driving between sets while he chooses to walk when they’re on location in Hawaii.