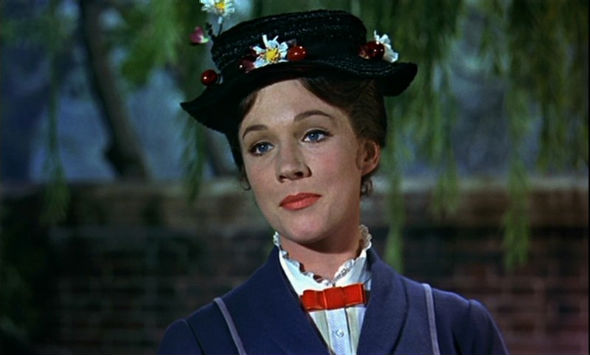 Late last month, we found out that Emily Blunt would be taking on the titular role in the upcoming Mary Poppins movie alongside Lin-Manuel Miranda and Meryl Streep. We were super excited to hear about this news then, but at the back of our minds, we all sort of wondered: well, what does Julie Andrews think? now, thanks to Entertainment Weekly, we know exactly what she thinks of Blunt’s casting.

Blunt was chatting with EW about the role, and also shared a story she heard from the movie’s director, Rob Marshall. Apparently Marshall had been in the Hamptons when he ran into Andrews (y’know, like you do) and passed along the news that Blunt would be playing Mary Poppins, to which Andrews replied, “Oh, wonderful!” Blunt, who obviously understood the importance of such a gesture, said, “I felt like I wanted to cry. It was lovely to get her stamp of approval. That took the edge off it, for sure.” It might not seem like a whole lot by itself, but I can only imagine what it’s like getting such an endorsement from Julie hecking Andrews.

The edge Blunt speaks of was an understandable worry about taking on the role. She explained, “I feel a little more trepidation with this because she’s so emblematic of people’s nostalgia. It’s such an important character in people’s childhood.”

Blunt went on to share some details about the movie, suggesting that her rendition of Poppins might be a little bit different. She said, “We’re delving into the books a lot more, which is a different version of the character, I’ll say that much.” When the interviewer mentioned that P.L. Travers’ original character had a bit of a mean streak, Blunt responded, “She’s a little meaner, yeah.”