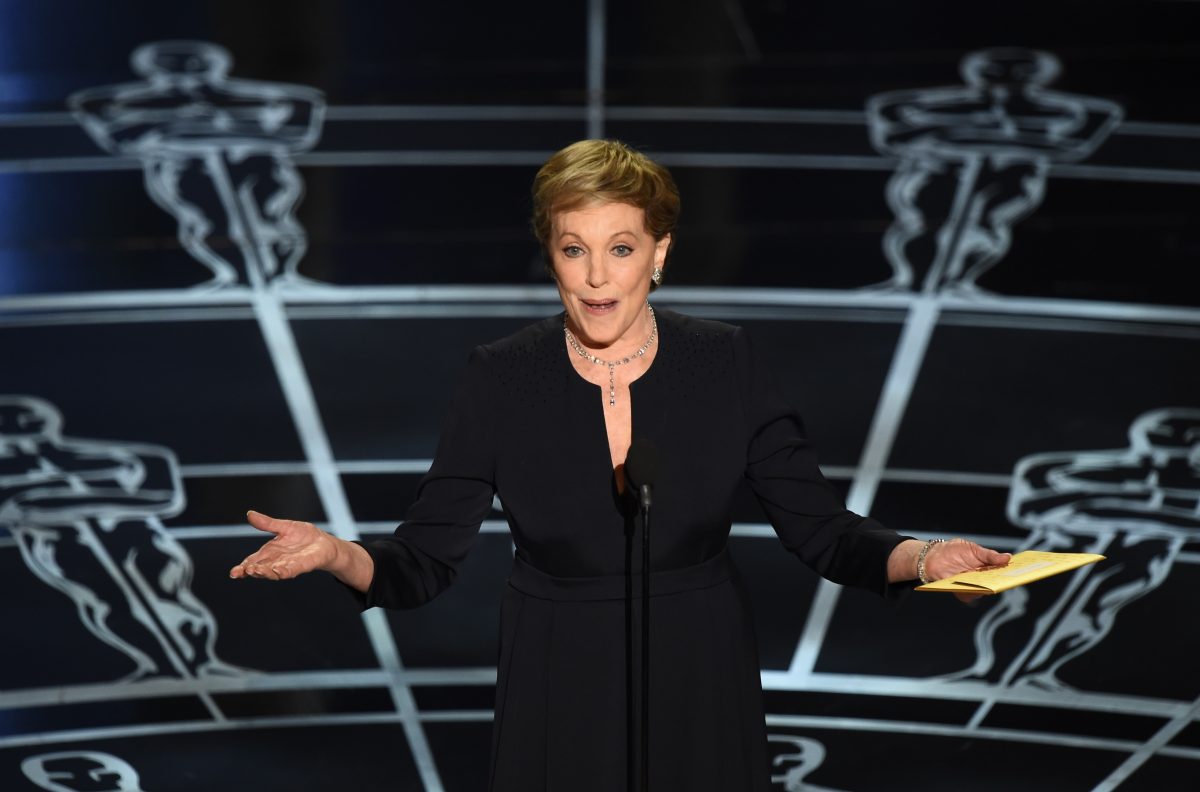 Beloved film icon Julie Andrews has largely retired from performing, so catching her cameo performances is always an unexpected pleasure. This winter will see the Oscar winner lending her vocal talents to DC’s Aquaman. Andrews will play mythical undersea creature the Karathen, who helps Aquaman bring together the surface and the Atlantean worlds.

Producer Peter Safran said, “We wanted the Karathen to have the voice of a classic British actress, albeit somewhat digitally altered, and when we found out Julie was interested and available and excited to do it, casting her was a no-brainer.” Safran added, “Who knew that Aquaman would have the real Mary Poppins this Christmas?”

Both Aquaman and Mary Poppins Returns open Christmas week, and will be competing for holiday box office supremacy. Ironically, while Andrews voices a role in Aquaman, she declined to appear in Mary Poppins Returns, the long-awaited sequel to her 1964 classic film. Andrews, won the best actress Oscar for her performance as the titular magical nanny, was offered a role in the film.

Director Rob Marshall said of Andrews’ involvement, “Julie was incredibly gracious, and we talked about it in a very general way but she made it clear right up front. She said, ‘This is Emily’s show, and I really want it to be Emily’s show. I don’t want it to be, “Oh, here comes that Mary Poppins.” I don’t want that. I really want her to take this and run with it, because she will be brilliant.’”

Andrews has largely retired from onscreen acting, but continues to lend her voice to a variety of projects. She last starred opposite Dwayne “The Rock” Johnson in Tooth Fairy in 2010, and did voice work in Despicable Me 3 and Shrek Forever After. She also headlined the Netflix series Julie’s Greenroom, a children’s series where she taught pre-schoolers about the performing arts alongside puppets from the Jim Henson Company.

Aquaman hits theaters December 21st, although Amazon Prime members will be able to sneak an early peek at the film on December 15th.