The ad will air during Trump's favorite show Fox and Friends. 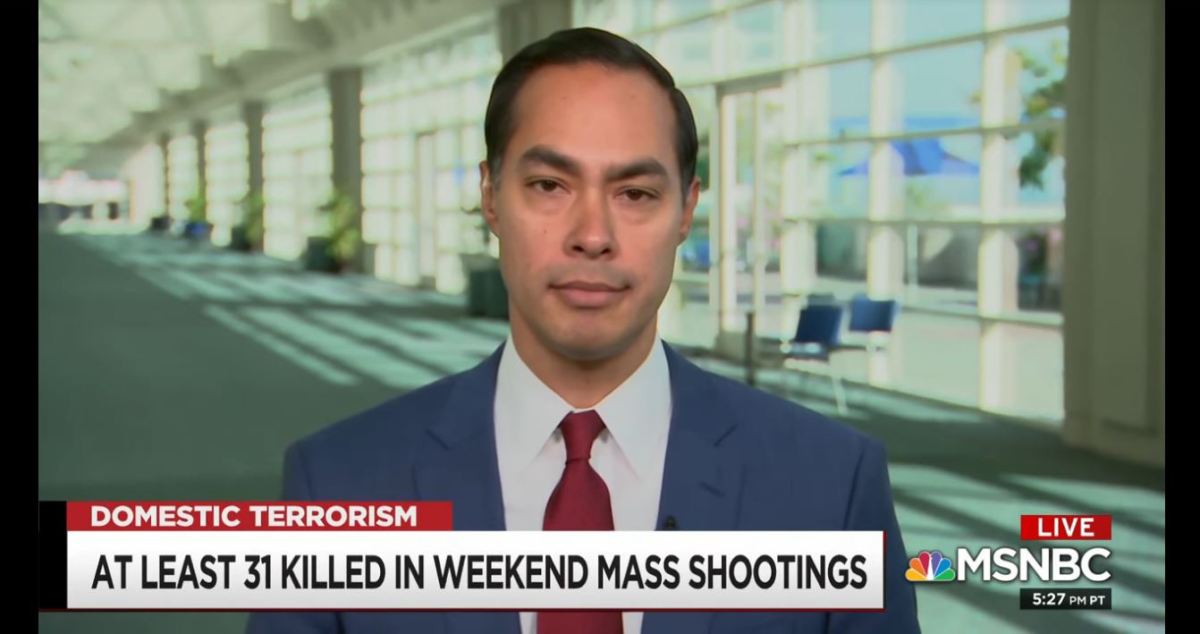 As the Democratic primary race heats up, candidates are preparing their attacks on the policies and rhetoric of Donald Trump. But Julián Castro is taking a more direct route by addressing the President directly in a new ad that will air several times on Fox News in Bedminster, N.J., where Trump is spending yet another weekend golfing at one of his country clubs. The ad will also air during one of Trump’s favorite shows, Fox and Friends.

A message for @realdonaldtrump: pic.twitter.com/WFYRxm69hA

Castro’s ad draws a direct line between Trump’s racist rhetoric and the recent El Paso mass shooting, which saw 20 people murdered. The shooting is now the deadliest hate crime ever perpetrated on the Latinx community. In the ad, Castro says:

“President Trump: You referred to countries as shitholes. You urged American Congresswomen to ‘go back’ to where they came from. You called immigrants rapists. As we saw in El Paso, Americans were killed because you stoked the fire of racists. Innocent people were shot down because they looked different from you. Because they look like me. They look like my family. Words have consequences. Ya Basta [Enough].”

In 30 seconds, Castro delivers an impassioned take-down that captures the anger and frustration in the wake of this horrific shooting. The ad is so powerful because it is so plainly spoken: there’s no tip-toeing around Trump’s message, there’s no watering down of his racism that we see so often in the news media (i.e. “racially charged” or “racially infused”). It a blunt and honest assessment of what we all know is happening. And it’s an important statement from the only Latinx candidate in the race.

Castro’s campaign manager Maya Rupert said in a statement, “Donald Trump’s hateful rhetoric inspired the largest violent attack on the Latinx community in history … Yet, even in the wake of this attack his campaign continues to use words like ‘invasion’ to describe immigrants, and attacks two of the most prominent Latino politicians. Julián isn’t afraid of Donald Trump or his bigoted agenda, and will continue to expose his racism and division until he defeats him next November.”

While his polling numbers are low, Castro has been a vital and important voice in the Democratic race. He is one poll away from qualifying for the third Democratic debates, but this ad could be enough to push him over the edge, allowing him to join the nine other qualifying candidates.

What do you think of Castro’s ad? And what will Trump inevitably tweet about it?