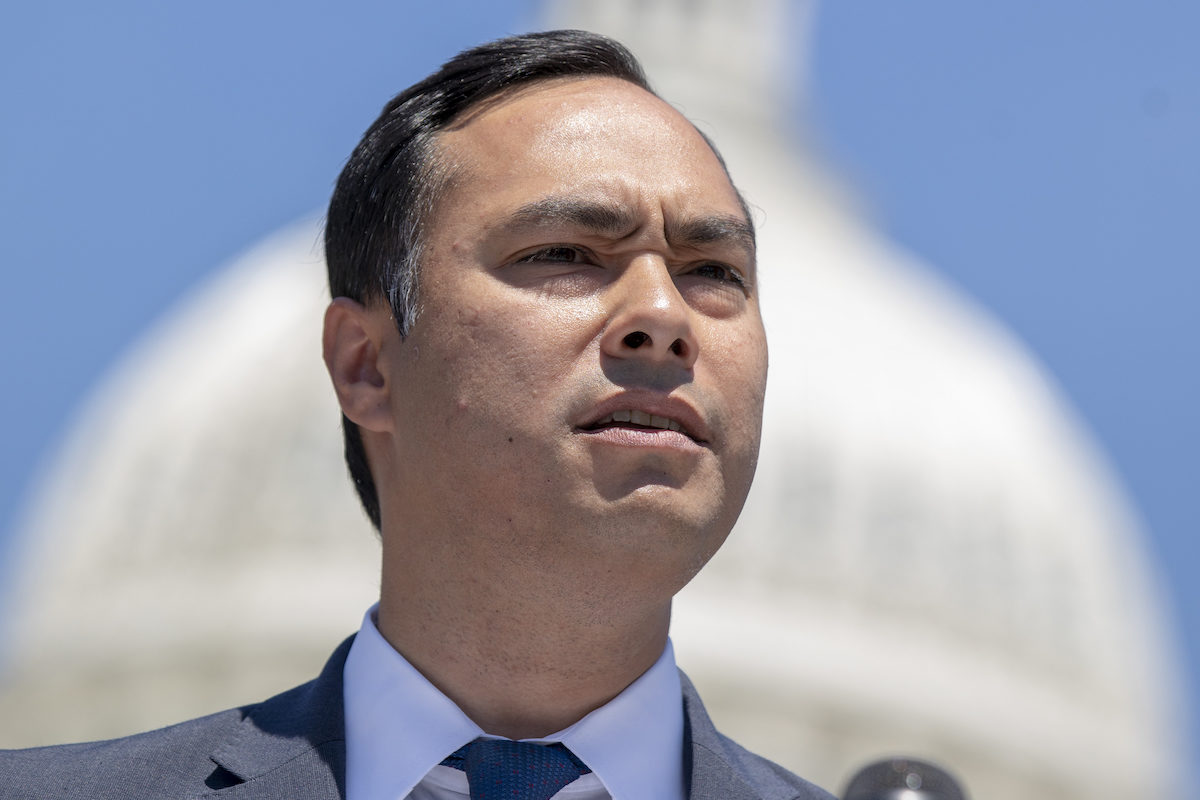 Joaquin Castro—the Texas Congressman and twin brother to 2020 Democratic candidate Julián Castro—is facing criticism for tweeting an image with the names of 44 individuals from his district who have donated the maximum possible amount to Trump’s campaign this year. “Their contributions are fueling a campaign of hate that labels Hispanic immigrants as ‘invaders,’” he wrote.

Sad to see so many San Antonians as 2019 maximum donors to Donald Trump — the owner of ⁦@BillMillerBarBQ⁩, owner of the ⁦@HistoricPearl, realtor Phyllis Browning, etc⁩.

Their contributions are fueling a campaign of hate that labels Hispanic immigrants as ‘invaders.’ pic.twitter.com/YT85IBF19u

I get that not everyone would be into this sort of public shaming of local individuals. Maybe you don’t agree with this tactic. But much of the criticism Castro is getting is absolutely ludicrous.

Whether or not you agree with his decision to post those names, here’s what Castro’s tweet is not:

—Doxxing. Castro didn’t tweet anything that isn’t a matter of public record. He didn’t post home addresses or personal phone numbers. You can go to the Federal Election Commission’s website and see this same information (name, employer, city, etc) of nearly every person who has donated to any candidate’s campaign. You agree to that when you make a donation. That’s how it works. Drawing attention to public information provided by the donors themselves is not doxxing.

The reason people believe Maggie Haberman is carrying Trump’s water is…. she is. pic.twitter.com/Ie4Dt0Drnt

—It’s also not “the same thing that the Dayton, Ohio, shooter did.” That’s what Donald Trump, Jr. claimed on Fox & Friends. A campaign spokesman for Trump Sr. also called this a “hit list” and other Republican lawmakers have made the same connections. It’s a despicable comparison. Castro isn’t encouraging violence, he’s encouraging transparency and possibly, at worst, boycotts since many of those on the list are business owners.

The Dayton shooter is said to have kept a “hit list” and a “rape list” while he was in high school, listing off the people he wanted to punish–many of them women and girls who refused to date him because, as we know, violent misogyny is a direct indicator of the potential for mass violence.

Trump Jr. said Castro’s tweet “sort of screams like the Dayton, Ohio, shooter’s list, right?” No, wrong, obviously. And it’s beyond insulting to the victims of this weekend’s—or any—mass shootings to try to compare the two.

By the way, Trump Jr. also called Castro “a radical left-wing politician who’s polling at around zero percent,” so it appears he doesn’t know the difference between the two brothers Castro.

The hashtag #ImpeachJoaquinCastro is trending, because I guess we can’t expect people who don’t understand FEC data is public information to also understand that impeachment doesn’t apply to members of Congress.

You can’t impeach members of Congress, ya dumb bots. #ImpeachJoaquinCastro

Again, you can disagree with the tactic, but the outrage over Castro’s tweet seems deliberately exaggerated. And there are some likely reasons for that. For one:

I think part of this feigned hysteria on the right about Castro’s (totally legitimate) use of public donor info is also part of a ploy to attack campaign finance disclosure laws. They’d like nothing more than for all money to be dark money

But this one especially is spot-on:

Y’all know what Joaquin Castro did that has these white folks pressed and upset?

He took the notion of white folks being able to support racism and white supremacy in anonymity and kicked it in the crotch.

This isn’t about Democrats vs. Republicans. Castro isn’t calling out Ted Cruz donors. This is about Donald Trump specifically. This man is directly responsible for fanning the flames of violent white supremacy. His fear-mongering language speaks directly to those looking to justify violence against marginalized groups and especially immigrants and Latinx people.

And as Castro says, by giving money to Trump, these people are funding the thousands of campaign ads that speak of “invasions” and “infestations,” the same language used by these domestic terrorists. Doesn’t that deserve to be called out?

Donald Trump has put a target on the back of millions. And you’re too cowardly or agreeable to say anything about it.

How about I stop mentioning Trump’s public campaign donors and he stops using their money for ads that fuel hate?