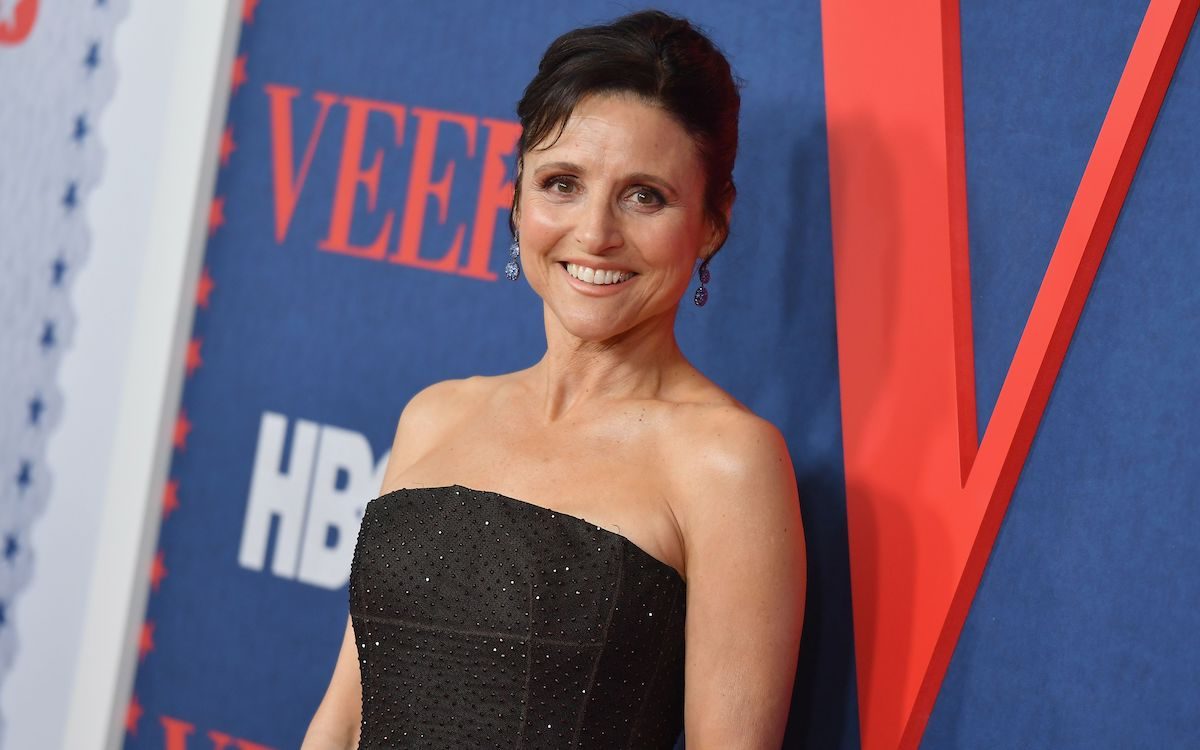 In a recent Vogue interview, Julia Louis-Dreyfus weighed in on the recently popular idea among comedians that “PC culture” is ruining comedy.

She’s tackled this issue before, telling TIME earlier this year, “I think as soon as people start bitching about ‘politically correct,’ it’s a term for something else … I’m in favor of political correctness. I’m suspicious of those who have a problem with it. I think it is language for something else–for ‘It’s O.K. to make racist jokes,’ or ‘It’s O.K. to make violence-against-women jokes.’”

Indeed, that is what it feels like when almost exclusively white male comedians like Louis C.K. or JLD’s former costar Jerry Seinfeld, bemoan their inability to make non-PC jokes anymore.

In this new interview, Vogue’s Bridget Read asked her to expand on her displeasure regarding that idea. Louis-Dreyfus called the term “politically correct,” when used in a negative way, a “red flag word.” What it signals is a resistance to treat people with respect. But why doesn’t she, a comedian, feel constricted by this insistence on “respect”?

“Well, you know, define respect is the first thing I’d say. It’s not that I don’t feel as if I am not respectful in the work that I do,” she says. “I actually think the opposite, you know what I mean? We’re making a satirical show about political culture. And right now extreme times call for extreme comedy. It may seem strange to say, but I think that we are all playing horrendous people on this show. So it’s not like we’re advocating for these behaviors. In fact, quite the opposite. You’re laughing at these heinous people.”

That’s the difference. On Veep, the show to which she’s referring, the characters say the horrible jokes and you’re laughing at the characters. Other comedians just want you to laugh at the jokes. And those guys will always have a base. There will always be horrible people wanting to laugh at jokes that punch down at marginalized communities. And those comedians can blame the rest of us for censoring them or the limiting the discourse or whatever but declaring themselves to be right does not make it wrong to choose entertainment that appeals to our values. And not being an asshole is a major modern value. Sorry, Jerry, it just is.

Louis-Dreyfus continues, explaining why “politically correct” is a “red flag.”

“Ultimately, for me—and this is my opinion—that’s born out of ultimately being kind. So for me, ‘politically correct’ means, you know, be a human being, be mindful of being kind. And it doesn’t mean you can’t satirize. And it doesn’t mean that you can’t take snark to DEFCON 5. But I think you and I both know that there’s a difference,” she says, accurately. “And I do believe that when people talk about, Oh, I have to be so politically correct here, that’s a buzz word for something else that I don’t subscribe to anyway.”

Does it take a genuinely kind person to nail the sort of horrendous satire Veep manages to pull off? It might, and JLD certainly does.

Veep, by the way, returns to HBO this Sunday.