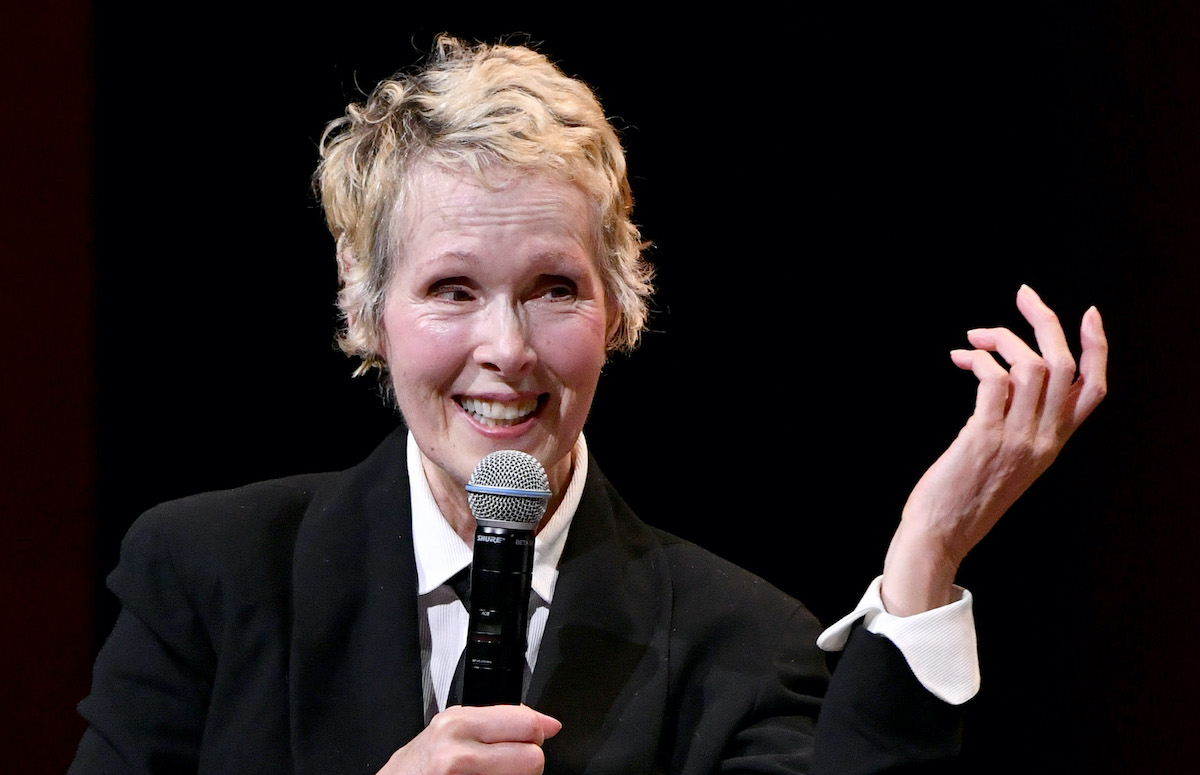 Some good judicial news still exists. It came today in the form of a federal judge in New York ruling that the Justice Department could not step in and protect Donald Trump from the lawsuit filed by writer E. Jean Carroll, who alleges that the President raped her more than 20 years ago and that Trump’s denials of this rape were defamatory.

Carroll filed her suit last November after Trump publicly denied her allegations of rape. Author and columnist Carroll claims that she met Trump in the mid-nineties in a New York Department store where the then-businessman flirted with her, then sexually assaulted her in a dressing room. The incident as described by Carroll sounds exactly like the President’s alleged pattern of sexual assault and misconduct that we’ve heard from dozens of women and straight from his mouth in the Access Hollywood tapes.

After Carroll spoke publically and wrote about her experience, the President called her rape allegations lies. Which is defamation, and so Carroll sued him. At the time of filing, Carroll said: “I am filing this on behalf of every woman who has ever been harassed, assaulted, silenced, or spoken up only to be shamed, fired, ridiculed and belittled. No person in this country should be above the law–including the president.”

The suit has had many twists and turns since then. As part of discovery Carroll and her attorneys have sought to compel the President to supply a DNA sample to test against DNA evidence present on the dress she was wearing during the alleged rape. That was in January and the President, shockingly, has not cooperated. He’s been trying to hide from this suit behind the office of the Presidency but as of today, that dog won’t hunt anymore.

The President, along with the Department of Justice, argued that because Trump had denied the rape allegation while President, that he was acting in his capacity as a Federal employee and thus the Government and DOJ should be substituted as defendants, and then the suit should have been dismissed because the government can’t be sued for libel or defamation. Today, Judge Lewis Kaplan ruled that that the President isn’t an “employee” so the DOJ can’t intervene.

But what’s better than that, Judge Kaplan also explained this just isn’t part of the job even if the President is an employee: “President Trump’s views on the plaintiff’s sexual assault allegation may be interesting to some, but they reveal nothing about the operation of government,” Kaplan wrote. “A comment about government action, public policy, or even an election is categorically different than a comment about an alleged sexual assault that took place roughly twenty years before the president took office,” he added.

Kaplan explained that the DOJ and Trump’s logic here would set a terrible precedent. “President Trump’s views on the plaintiff’s sexual assault allegation may be interesting to some, but they reveal nothing about the operation of government,” Kaplan wrote.

“A comment about government action, public policy, or even an election is categorically different than a comment about an alleged sexual assault that took place roughly twenty years before the president took office,” Kaple explained in making the distinction. And allowing such a rationale would set a very dangerous precedent and “would mean that a president is free to defame anyone who criticizes his conduct or impugns his character.” That sounds like heaven for Donald Trump.

Ultimately, Kaplan ruled that “Even if he were such an ‘employee,’ President Trump’s allegedly defamatory statements concerning Ms. Carroll would not have been within the scope of his employment. Accordingly, the motion to substitute the United States in place of President Trump is denied.”

Here’s Carroll’s response to the ruling:

When I spoke out about what Donald Trump did to me in a department store dressing room, I was speaking out against an individual. When Donald Trump called me a liar and denied that he had ever met me, he was not speaking on behalf of the United States … I am happy that Judge Kaplan recognized these basic truths. As the Judge recognized today, the question whether President Trump raped me 20 years ago in a department store is at ‘the heart’ of this lawsuit. We can finally return to answering that question, and getting the truth out.

So, yeah, denying rape allegations is not part of the job of the president. Or at least, it shouldn’t be. And this is a great result … but that doesn’t mean the battle is close to over. It’s highly likely that this will get appealed to the circuit court and if it loses there could even go to the Supreme Court (which is now, tragically, Trump land). But for this one moment, we have a victory in the legal fight to prove Donald Trump is a rapist.