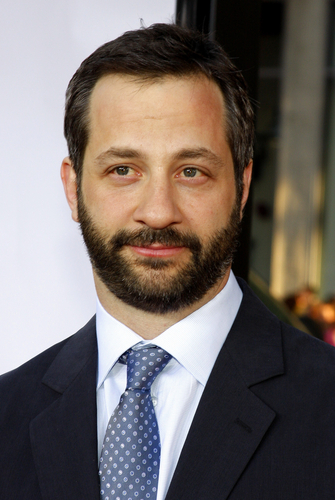 In an interview with Uproxx earlier this week in support of the Lonely Island film Popstar: Never Stop Never Stopping, Popstar producer Judd Apatow was asked what he makes of the “Internet’s reaction to the new Ghostbusters movie.”

Apatow said he seems similarities between people considering electing a fascist reanimated pumpkin for president, and people who take to the internet to share vitriol about the all-female Ghostbusters: “I would assume there’s a very large crossover of people who are doubtful Ghostbusters will be great and people excited about the Donald Trump candidacy. I would assume they are the exact same people. That movie is made by the great Paul Feig and stars the funniest people on Earth, so I couldn’t be more excited. I think people have paid too much attention to just some angry trolls. And it will be judged on its own greatness. I don’t think anything really matters the way you think it does. The movie comes out, and it will be great, and people will just be happy to have it. It’s not like anybody really cares about a couple of idiots who hold onto the idea that things never evolve. I always think, you know, we have our past and if you can come up with a new, cool way to do something, then that’s exciting and hopefully it will make a lot of people happy.”

As always, it’s important to draw the distinction between people who have doubts about the movie in good faith, and people who hate the new Ghostbusters just because they see it as emblematic of “SJW politics.” I imagine Apatow was only referring to the latter.

During the interview, Apatow and the interviewer also discussed the rapidly changing ways we consume and interact with media. For instance, the director/producer/writer points out that popular opinion about a movie can change much faster now than it could in the past: “I’ve noticed it the last few years. It used to be if there was some good buzz you could ride that for a while. But now, it almost feels like the entire attitude about your movie can change the day of release. People just get a whiff of it and there’s just a buzz in the air. Or, “don’t bother.” It helps good movies for sure, but if you’re in the middle it can hurt you.”

To learn more about what Apatow’s experience working on Popstar was like, and how he thinks The Cable Guy predicted the future, head over to Uproxx.

(via Newsarama, image via Tinseltown / Shutterstock.com)