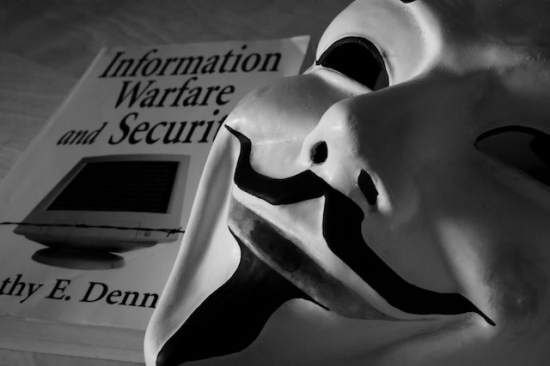 When Matthew Keys was fired from his job in October of 2010, he allegedly did what anyone would allegedly do, and allegedly gave sensitive login information from his employer to the hacktivist group Anonymous. A hacker from the group used the information to alter the company’s site, and now Keys is facing multiple charges for conspiring with the group.

A few months after being let go by Sacremento, California based KTXL-TV where he worked as a web producer, Keys went on a message board and gave Anonymous member “Sharpie” login information for KTXL’s parent company Tribune’s content-management system. “Sharpie” then used the information to make changes to a news story.

Evidence also shows that after the first set of login credentials no longer worked, Keys tried to give “Sharpie” additional information, and gave his approval of the changes to the article.

Keys might have gotten away with it too if it weren’t for that meddling “Sabu,” aka Hector Monsegur, a former Anonymous leader and founder of its offshoot LulzSec. Monsegur was arrested in 2011, and has since been informing the FBI. Since Keys had written stories about Anonymous, and given information to other news sources about his dealings with the group, it’s possible that Monsegur is targeting him with false information.

(via Department of Justice and Mother Nature Network, image via Schuilr)