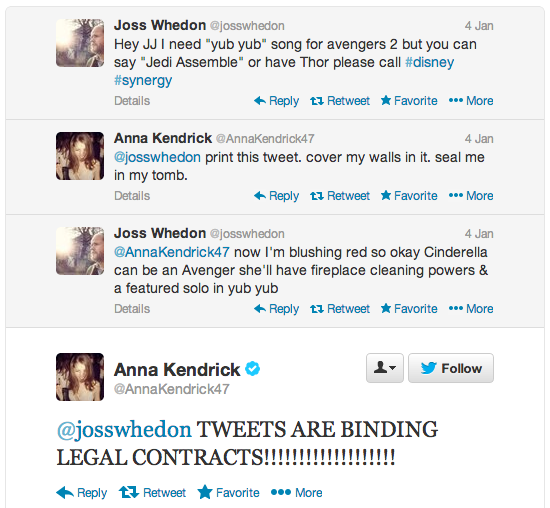 Of course Whedon is joking. But in this final tweet, at least, I think Anna Kendrick speaks for us all.