Joss Whedon: “There Are Four Prominent Female Roles” In Avengers: Age of Ultron 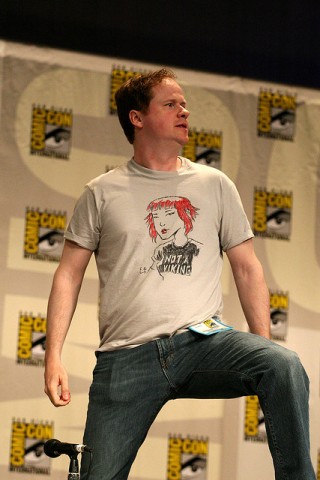 “There are four prominent female roles in the center of the movie, and a more balanced presence throughout the movie. But, you know, the guys are all there. There are more of them too. Hopefully it will satisfy everybody. I’m not trying to fulfill an agenda, but I’m interested in men and women. I’m interested in grown-ups who act like children and dress like clowns and punch each other.”—Joss Whedon, speaking to HeyUGuys at the Guardians of the Galaxy premiere about Avengers: Age of Ultron. Three of those “prominent female roles” are Black Widow, Scarlet Witch, and, in all likelihood, Maria Hill—there’s another recently confirmed female character (spoilers) who probably won’t be in it all that much. As for the fourth… perhaps Pepper will have an expanded presence? Melinda May? A brand new character, maybe even The Wasp, who was cut from an earlier draft of the first Avengers? That might be pushing it with newbs Scarlet Witch, Quicksilver, and The Vision already in the mix, but who knows?

Whedon was also asked about whether Captain Marvel might get a movie, and instead of hinting that she will or will not—which surely would have led to him getting tackled on the red carpet and dragged away to a dark room to be tortured by Marvel Entertainment thugs—he simply said that he likes the character. “That’s all I can say. I’m a fan of most Marvel comics. It’s like a disease. I can’t stop.”