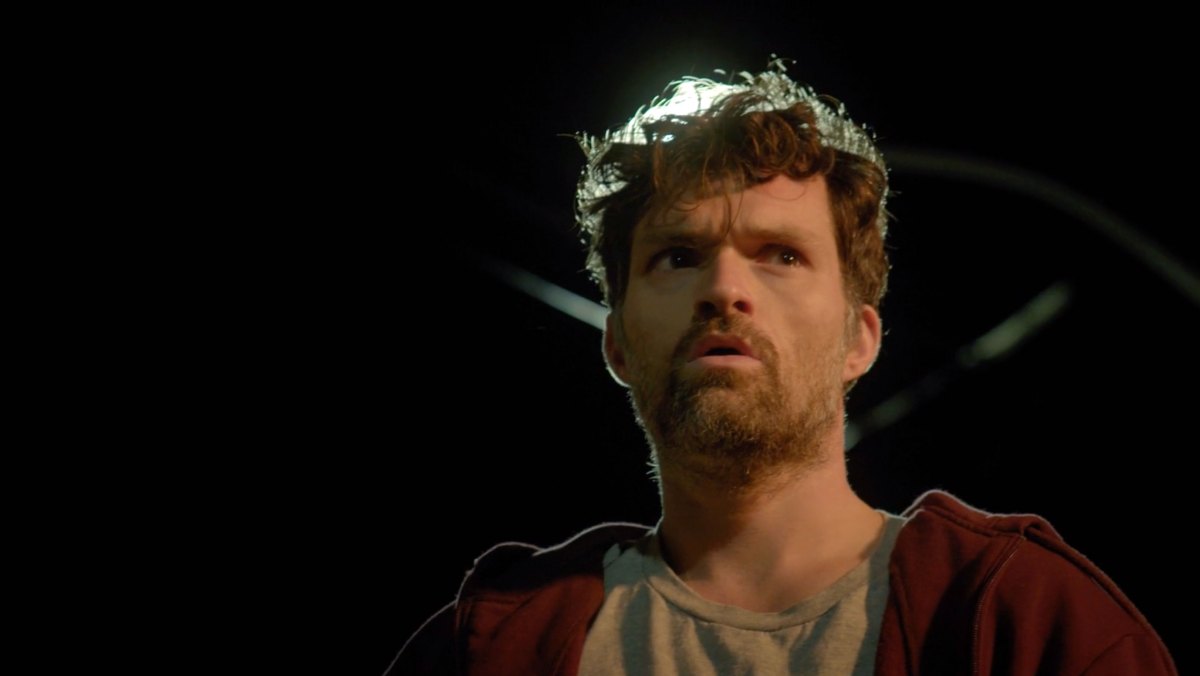 Are You Happy Now is a comedy about no one really knowing what they want out of life, love, and other people and is a fun and fantastic look through the eyes of Adam (played by Josh Ruben). Written and directed by first time filmmaker David Beinstein, the movie is clearly a love letter to comedy and an expression of self and does a hilarious job with both.

The film’s synopsis is as follows: “Are You Happy Now is the story of Adam, who can’t live without Gina, so when he finally gets the nerve up to ask her to marry he’s devastated by her principled refusal. ‘Husbands used to own their wives!’ she retorts, having no interest in recreating her parents tortured home. Gina finally agrees to marry, but Adam’s hardly up to the task. Does true love mean divorce?”

I got to speak with star Josh Ruben about the film and bringing Adam to life, and he clearly loved taking a stab at leading a film while getting to play a “straight man” in comedy (which is a term for one half of the “Odd Couple” of comedy where a character more grounded in reality is met with a comedic foil).

I asked what brought him into the project in the first place. Ruben told me, “I sort of passed it along to my team and said, ‘There’s this kind of first time filmmaker and the opportunity to lead a film,’ which I hadn’t done since my first film, Scare Me, and I looked at it like a fun challenge, met with David and then the rest was history.”

With the character of Adam, he’s just a man who is a mess dealing with people who are constantly just throwing their baggage at him and blaming him for it. He isn’t perfect or okay by any means, but he is also not the only one struggling. So, I asked Ruben how he approached that as a character.

“My main goal is just to be present and to not force anything that kind of comes up,” Ruben said. “I think selfishly this whole project was kind of a means of an exercise for me to like play from an emotionally sort of true place and to hone into a vulnerability so that I could just make Adam real.”

While Adam is struggling, he still plays the “straight man” to David Elbert’s Walt. Walt is the rich son of a restaurant owner who has his own bad chicken store in the family franchise and just really loves his chickens. “David brought such a sharp, like comedic energy to it and by nature of who Adam is rather than my usual quote unquote play the crazy funny person um, I got to just sort of react off of David’s crazy.”

You can find out more about Are You Happy Now at the website for the film!

Are You Happy Now?interviewJosh Ruben