Joseph Epstein’s Misogynistic Op-Ed on Dr. Jill Biden Is as Out of Touch and Irrelevant as He Is

The Wall Street Journal should be ashamed. 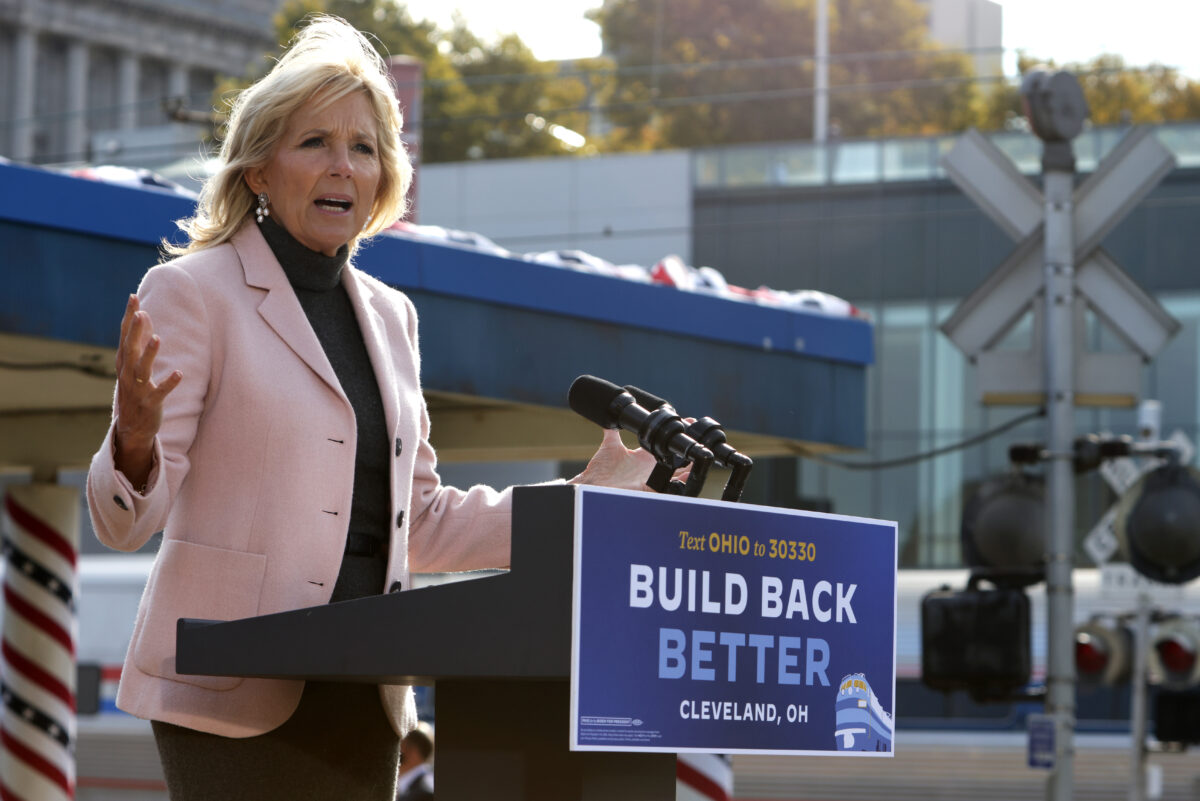 When Joe Biden is sworn in next month as the 46th President of the United States, his wife Dr. Jill Biden will assume the role of First Lady. The former second lady will make history as the first presidential spouse to hold a doctorate degree, in addition to several other degrees in education. But apparently some fragile little men at the Wall Street Journal have a problem with Dr. Jill, and presumably, women doctors in general.

In a bizarrely misogynistic new op-ed, writer Joseph Epstein calls on Jill Biden to drop the “Dr.” from her name. The piece is misogynistic from the jump, with Epstein calling the first lady-elect “kiddo”, writing that, “’Dr. Jill Biden’ sounds and feels fraudulent, not to say a touch comic … A wise man once said that no one should call himself ‘Dr.’ unless he has delivered a child. Think about it, Dr. Jill, and forthwith drop the doc.”

So, Dr. Biden should drop her honorific because she’s not a medical doctor? So her years of study, hard work, and dissertation should be discarded because she’s not wearing a white lab coat and a stethoscope? Epstein then brags about his own honorary doctorate, which he did nothing to earn, and his years of teaching at Northwestern sans the experience Dr. Biden has.

Epstein then spends the rest of the article whining about others who have been awarded honorary doctorates, unlike Dr. Biden who actually put in the work. And he offers no reason aside from misogyny and jealousy for his opinion. Not only is the article deeply offensive and flat out wrong, but it lacks a coherent message. Epstein digresses from Biden to complain about speakers like Stephen Colbert and Billie Jean King getting honorary doctorates, but saves some vicious criticism for the “political correctness” of university’s giving honorary doctorates to Black women.

Really Joseph? Really? You think that Black women have had it TOO EASY in higher education? What a deranged and racist little worm of a man. We shouldn’t be surprised though, as Epstein has previously published hateful screeds against the queer community.

Epstein’s work drips with the kind of contempt and insecurity that can only be possessed by the most ineffectual and useless white men, threatened by a world that is leaving him in the dust. It’s no surprise then that the Wall Street Journal, a conservative bastion of old white men with sexist irrelevant opinions, would publish his work.

Readers took to social media to excoriate Epstein and the WSJ for what must be the absolute worst take of 2020:

Is this op-ed… a joke? Or a test to see how many offensive things you can spot in every sentence?https://t.co/5pS59vBkMd

while we’re dunking on 83-year-old Joseph Epstein for his latest garbage essay today, please do not forget to carve “Noted Homophobe” on his tombstone. pic.twitter.com/XsVBc0RPHX

Another day, another dude criticizing a woman for using her earned title. It's baffling as he's mostly criticizing honorary doctorates (hers is not), & bemoaning a loss of academic standards from his day (where he taught with only a BA degree).

Looks like Mr. Joseph Epstein, BA is suffering from an inferiority complex. As a Dr, I think I’m qualified to make that diagnosis. https://t.co/kGkxwJmPZ2

Kiss my ass and go f*ck yourself.

Every woman with a PhD in these United Stateshttps://t.co/lBQo7AJC50