Jonathan Majors Compares Kang and “He Who Remains” for Ant-Man and the Wasp: Quantumania 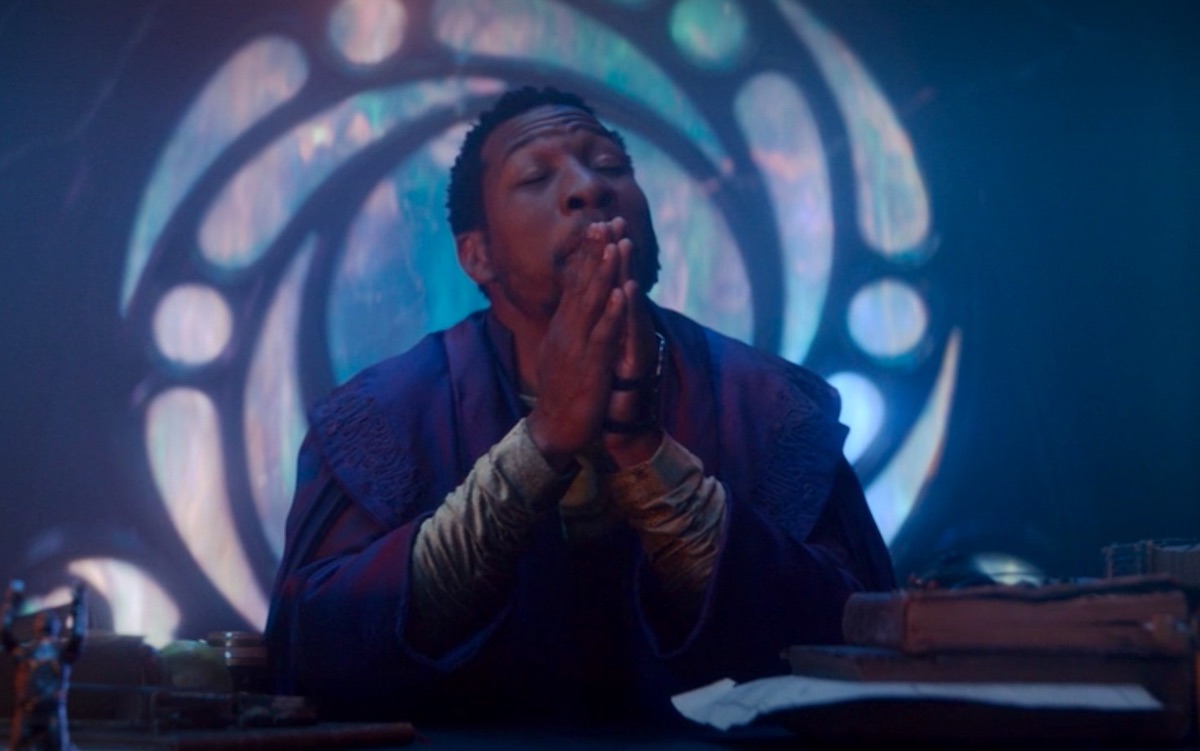 When Jonathan Majors rolled into Marvel’s Loki in the Disney+ series finale, fans were fascinated by his performance. He understood the assignment, as the kids say, and it seems as if we’re just going to continue to see some incredible work from him in the future of the Marvel Cinematic Universe. One thing that’s amazing by Phase 4 is that we have such brilliant actors coming into these iconic Marvel rolls, and we, luckily, have more of Majors coming our way.

When he came into Loki and Sylvie’s world, “He Who Remains” gave them answers to the universe, and Sylvie committed to destroying the multiverse by taking her revenge on him. But we knew we were going to get more of Majors in the “role” because He Who Remains goes by many names, one of them being Kang the Conqueror.

Now, as we’re getting ready for the future of Kang and Ant-Man and the Wasp: Quantumania, we’re learning more and more about the franchise and the characters in the world of Scott Lang. With Kang, we don’t really know what to expect because we have been told time and time again that He Who Remains and Kang are completely different from each other, something that Jonathan Majors explored in a recent interview.

Talking to GamesRadar, Majors talked about the difference between his characters, as well as working with both Paul Rudd and Tom Hiddleston.

I felt pretty loose and free on the Loki set! The MCU and all the powers-that-be are just so open-hearted. The character is different so you move a different way; my psychology has shifted because of the character. He’s just a different guy. He Who Remains is not in Ant-Man. It’s Kang. But the people surrounding us – the cast, my leading man Paul Rudd – that’s different. Because Paul’s not Tom [Hiddleston]. This is a movie, not a TV show. I’ve been here since the beginning and I came in at the end on Loki.

Kang the Conqueror has also been Nathaniel Richards and Iron Lad, and there’s a rich history for the character that I hope we get to continue to explore throughout the Marvel Cinematic Universe. We just got a taste with He Who Remains, and he rolled up with an energy that worked incredibly well with Loki. If Majors himself recognizes the energies of the projects he’s in and the characters are adapting to that world? Absolutely incredible!

So what we can expect is a different character when see Jonathan Majors next, and good! I can’t wait to see what he brings to Kang, and if it is anything like how fascinating he was as He Who Remains? We’re in for quite the time in Ant-Man and the Wasp: Quantumania.