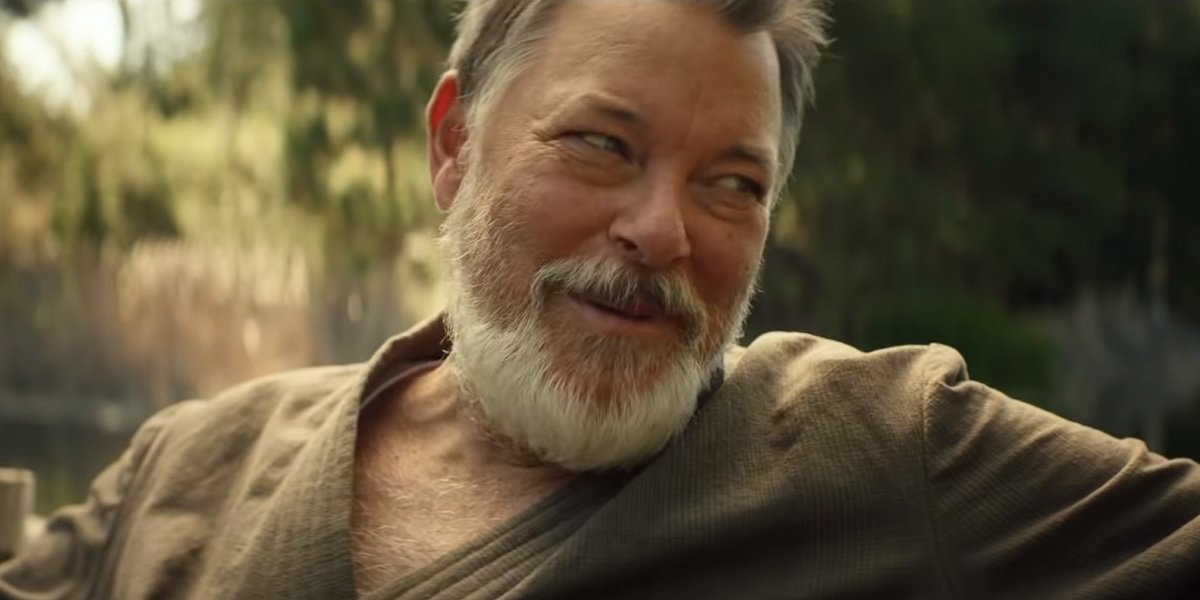 Jonathan Frakes is someone who played a huge part in many of our childhoods. I know, for me, that Star Trek: The Next Generation was a constant fixture in our home, and my love of William T. Riker knows no bounds. So, getting to talk to Jonathan Frakes about his work with his team Trek Against Pancreatic Cancer for Pancreatic Cancer Action Network’s (PanCAN)’s PurpleStride Los Angeles Event was absolutely incredible!

Joining up with Star Trek alums Kitty Swink and Armin Shimerman, the charity helps raise awareness and money in the fight against pancreatic cancer.

“A better world, a brighter future. No disease or suffering. Limitless possibility. Hope. These were all part of Gene Roddenberry’s vision of ‘Star Trek.’ They also run parallel to PanCAN’s vision — to create a world in which every patient with pancreatic cancer will thrive,” the press release for the Trek team stated, and it’s a beautiful look at the world that Roddenberry hoped for and the world that the cast and crew of Star Trek constantly inspire within their fans.

Frakes told me he has a personal connection to the charity as his brother, Daniel Frakes, passed away due to pancreatic cancer in 1997:

My brother died from pancreatic cancer when he was 41. Like a week before his 42nd birthday. They took him into the hospital, they opened him up, and looked and closed him back up and essentially said ‘you got six months to live.’ So that was pretty heavy. And I was with him close to the end but I had to go home because my daughter was being born. So it was a horrible time in our lives, obviously, and it was 23, almost 24, years ago because I know the dates because my daughter and his birthday and all that but I fast forward to Kitty, who I’ve known for many years, since the 70s in New York. Who survived pancreatic cancer, as you probably are well aware. And has been for 17 years.

So when I blurted out my emotional response to her about my brother, she represented hope to me. And then I told my mom the story. So every time I went to visit my mom, one of the first things she’d do was ask about my friend Kitty who now she considered her friend too. Because she represented what didn’t happen for Daniel. So the idea that we’ve all now come together to try and raise awareness and raise money and increase the percentage of survival … I’ve never felt more connected or proud to be part of a charity, if you will. Most people do it for all the right reasons and I do to but this one has a great resonance for me.

For me personally, talking to Frakes was a really important moment in my life because not only did I grow up watching him bring Riker to life, but I’m also a kid of the ’90s, meaning I remember watching Beyond Belief: Fact or Fiction? with him from the late ’90s and into the early 2000s.

I brought up the show to Frakes, who instantly responded by quoting himself.

“I love that! ‘Not this time, nope. I just made that one up.’ That’s my favorite meme of all.”

But more importantly, I got to share with Frakes how his own work has helped my brother and I cope with my father’s cancer diagnosis (not pancreatic cancer, but still, it isn’t an easy thing to grapple with). So, for Frakes to share his very personal experience with fans of this series and hope to raise money for cancer research is absolutely incredible!

You can donate to the team’s page here, and they’re currently about 45% of their way to their goal of $50,000! Let’s get them there and beyond because this is a wonderful cause and Star Trek fans know the importance of helping out an important cause.