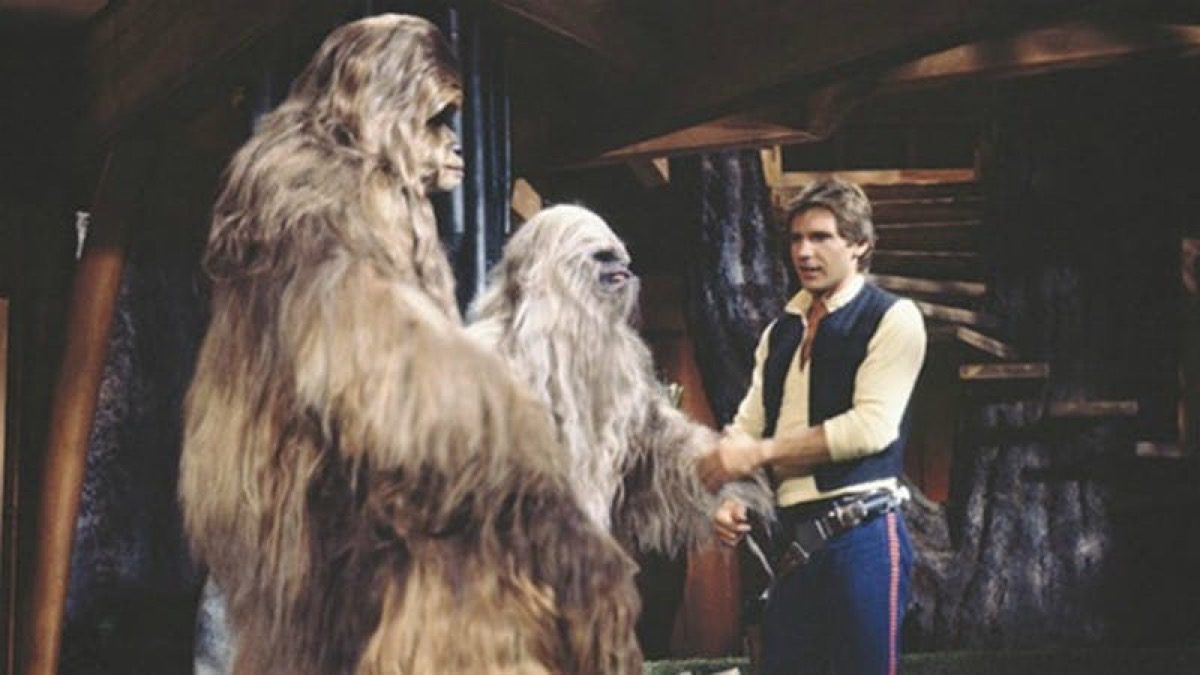 Talk of a new Star Wars Holiday Special coming our way is circulating on Twitter. A journey of celebrity cameos, Shyriiwook, toy destruction, and Chewbacca’s family that he just … left behind to hang out with Han Solo, the original was an interesting time for fans and, since its poor reception when it was released in 1978, it has become nearly impossible to find. Sure, you can watch it in parts on YouTube, but George Lucas tried his hardest eradicate it from existence.

Star Wars fans know what a holiday special entails. Itchy, Lumpy, and Malla (yes, Chewbacca’s family, two of whom are inexplicably named English adjectives like off-brand Snow White dwarves) deserve their time to shine in the modern era of the franchise, and now, it seems as if Jon Favreau is willing to give it to us. During Disney’s D23 expo this year, Ash Crossan, a host for ET Now, talked with Favreau and led to him revealing the most important information of all: He’d love to do a Star Wars Holiday Special.

Now, if you’re not one of the lucky ones, let me try to explain the Star Wars Holiday Special to you. I say “try” because it’s truly something everyone has to experience for themselves, despite being not exactly easy to find anymore. The special, which is mostly Chewbacca’s family preparing for him to come home with Han Solo, starts in Shyriiwook, the Wookie language. Why is that interesting? Because there are absolutely no subtitles and no Han Solo to tell us what is being said.

So … we’re basically watching Wookies make noises at each other with no idea what’s going on, when suddenly the Republic comes and destroys Lumpy’s (Chewbacca’s son’s) toys. Again, this is a work of art that everyone should just … experience.

Featuring an all-star cast for 1978, the special marked something interesting in the world of Star Wars that was never created again. Bea Arthur ran a cantina, Harvey Korman was having a time, and Jefferson Starship was just singing a song (?), and when you stop and think about it, that weirdly makes sense for 1978.

What I’m saying is … let Jon Favreau give us something new for the 21st century. With his connections in Hollywood, and Disney+ (if they let him do it) shelling out the money, just imagine the brilliance that a new Star Wars Holiday Special could have. Life Day is an important thing to celebrate, both for Chewbacca and Star Wars fans, and so, why not give kids the experience of Princess Leia’s Life Day Song?

It is a journey we can all go on together again and if Jon Favreau is behind it, I trust whatever Holiday Special he’d give us. Give Jon Favreau his own special! Justice for Malla, Itchy, and Lumpy!