Joker Stairs Bringing Tourists to the Bronx, Blocking Locals From Going About Their Day 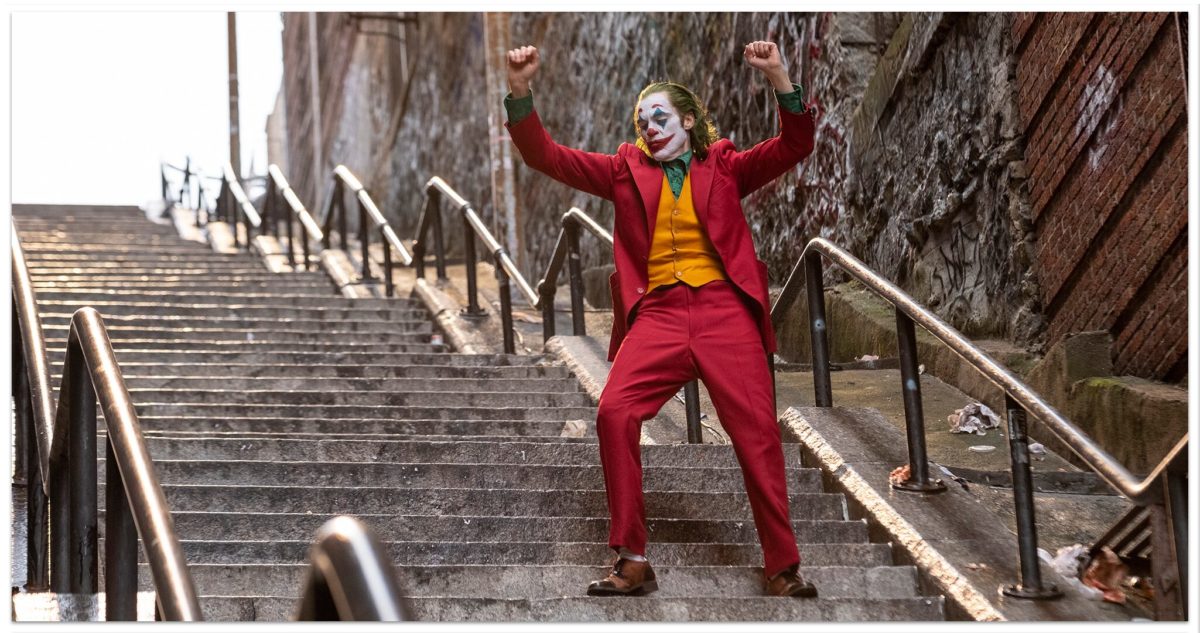 One of the big scenes in Joker is when Arthur Fleck, a.k.a. the Joker, played by Joaquin Phoenix, dances in celebration down a long set of stairs, after getting his big chance to be a guest on his favorite show. The song that accompanies the scene is by a convicted pedophile and rapist named Paul Gadd, a.k.a. Gary Glitter, for the record. Now that the location of the stairs has been confirmed by media, tourists are flocking to the “Joker stairs” in the Bronx, being the absolute worst kind of tourists.

A certain staircase in the BX is getting a lot of attention from Instagrammers, and #DESUSandMERO aren’t about it. pic.twitter.com/uWvyu85yPC

While Bronx comedians Deus and Mero have appropriately roasted it, and the internet has memed it, it was Rep. Alexandria Ocasio-Cortez, who was raised in the Bronx and represents the eastern side as part of her district, who aptly put into words how native New Yorkers and Bronx residents feel about the influx of tourists: “When I was growing up, everyone would tell us to stay away from those steps or go with a friend or whatever,” she toldTMZ. “The Bronx is much safer now, and I’m happy to say that, but I think the way a lot of us feel is ‘keep your Instagram posts outside of the Boogie Down. This is for us.'”

The stairs connecting Shakespeare and Anderson Avenues are a way for people to get to and from their homes and work, and having a flood of people who are just there to take their pictures and then leave does nothing to help the residents, despite that the Bronx Borough President Rubén Díaz Jr. put on Twitter that he hopes people spend their money when visiting the borough.

When you visit, check out https://t.co/qc2jUsxztR and @TheBronxTourism and learn about some of our borough’s many fine attractions and restaurants…and spend some $$$ in The Bronx! https://t.co/wpBwGY4vcT

According to residents who spoke to Gothamist, that isn’t exactly happening. According to one Bronx resident, the tourists are mostly just either driving in, or getting out of Ubers, then taking their pictures and just leaving again. They aren’t bringing money to the city; they are just causing problems for people literally just trying to walk down stairs. State Assembly member Latoya Joyner also told Gothamist that she is hoping that all this attention will get the government involved to clean up the stairs, since that is a frequent complaint she receives about the area, but considering you can see trash in the still image of the Joker movie, I doubt the people who are coming here for a quick click are going to be invested in the quality of the cleanliness.

It’s an unfortunate thing that this cannot be a balanced relationship, but the reality is that people really still stereotype the Bronx as being a dangerous place that you shouldn’t go. It hasn’t been gentrified as severely as almost all of Brooklyn and most areas of Queens. The Bronx is a place with a lot of historical importance to the state of music in America as we know it. There is a lot more than a set of stairs from a movie.

Hopefully, those going to take a picture will recognize that and at least, for the love of everyone, just stay off to one side and not take up the middle.

With Joker on track to becoming the highest-grossing R-rated movie of all time, I can’t help but think about how all the hype and fear-mongering around the movie, in the end, only made it more attractive to people. I know one commenter I was speaking with thought I might have been being too cynical, but it seems all the talk of “incels” and increased security only made more people want to see it. I was very frank about me reservations about Joker, and I stand by them, because the movie ended up living up to my expectations of its lead characters, but I do think that nothing was gained by media at large portraying this movie has a threat to national security.

All that did was give it more power, and considering how that kind of fear-speak has backfired several times in our faces, this is a reminder that we should be cautious about still giving free hype and publicity to things we think are dangerous, just for the clicks of it all.