Johnny Depp Tried to Get Amber Heard Fired From Aquaman 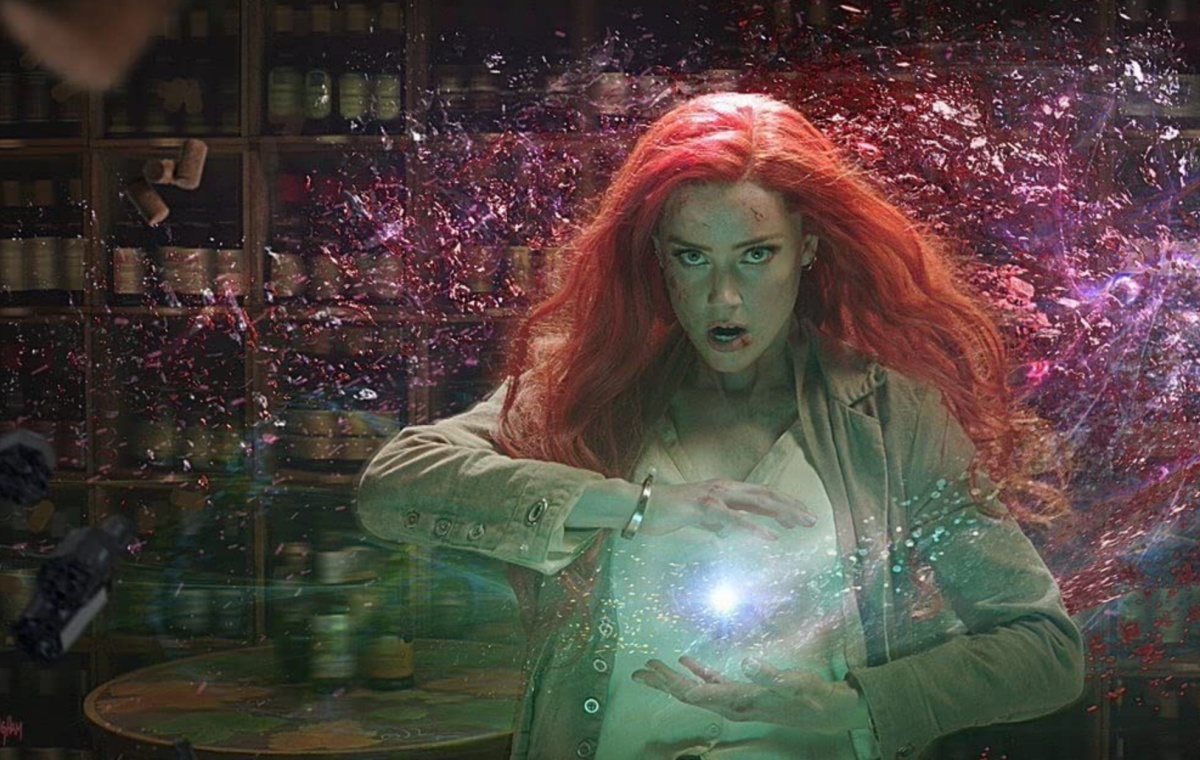 One of the many disturbing things that were revealed in the Johnny Depp vs. The Sun defamation case in the U.K. was that the actor actively tried to damage his ex-wife’s career by taking advantage of close connections in the industry.

In a truly well done and cutting piece by Tatiana Siegel for The Hollywood Reporter, it is highlighted at one point that Depp wrote to his sister, producer Christi Dembrowski, saying, “I want her replaced on the WB film.” Dembrowski, according to the piece, “was influential there,” and during the trial, Depp admitted that the film in question was Aquaman.

This only serves to make Depp’s later action of showing up on WB’s Comic-Con stage dressed as Grindelwald even more chilling. Siegel writes that according to sources, Heard was blindsided by this as she also appeared on stage the same day. Despite Heard having once filed a restraining order against Depp, “marketing chief Blair Rich approved Depp’s inclusion.” Although, later on, Rich would complain to colleagues that Depp spoke to her in a “menacing manner.”

Petitions have been raised, and ballooned, trying to get Amber Heard removed from Aquaman 2, so in that sense, Depp stans are following with their chosen one’s behavior—especially since Depp was asked to leave the Fantastic Beasts franchise following losing his case.

It is a decision that continues to not make sense to me because (and I can not stress this enough) other than filing a temporary restraining order in 2016 against Depp, after their divorce, heard has not done anything to directly impact Depp’s career. Despite being, then, an “alleged” wife-beater, he made billions of dollars and has been attached to fourteen films, many from major studios, and as the lead actor in most. Amber Heard has a cameo in Justice League and co-starred in Aquaman.

There is no comparison, and yet I know that, for many, it will not change anything. Just look at Mel Gibson, who saw his big comeback with Hacksaw Ridge reach Oscar-nominated heights.

“It’s like with Mel Gibson. Nobody is saying we’re not seeing this film or we’re not buying the DVD because it’s Mel Gibson,” says Erik Engelen, a German acquisitions executive at Splendid Film who released Hacksaw Ridge. “The general audience is not that much into the whole persona of things as we sometimes think. Johnny Depp is still a very big star. And the fact that he is coming back to the independent world is maybe a good thing for this career. From a creative point of view, there is probably more to do there than in the studio world.”

It is easier to make Amber Heard, a less beloved actress and young bisexual woman, the malevolent “femme fatale” and orchestrator of his doom like some Isabella of France, than to admit that his behavior, ego, vanity, and thirst for revenge has led him down a destructive path of his own making.

Also, having looked at the comments on a previous piece where I wrote about this topic, I feel the need to say this:

The reluctance to have covered this topic initially, at least on my part, was not about ignoring the audio recording about Amber Heard and waiting for the tide to turn in our favor. It is because as feminists, whenever we expressed doubt about believing the tapes because of prior doctoring, because of other accounts of Depp’s abusive behavior, and the fact that he has been the primary instigator of things, we have been accused of only siding with Heard because she’s a woman, of trying to say men are not victims and just attempting to push an agenda.

Even when we state that there is misinformation and provide evidence and other reports (like the THR one linked here) that state the audio recordings were edited, will that actually make anyone open to changing their mind? Or will it be dismissed as part of a feminist agenda?

Everyone keeps bringing up only Depp’s defense but ignores an entire section of counter-arguments that led to The Sun prevailing against Depp’s libel case. I have followed this case as closely as I could emotionally stand, as someone who has dealt with emotional abusers and manipulators in my own life.

I understand the initial wave of doubt from people when the tapes were released, but when it was shared the context, the editing, and the larger narrative of information and abuse that came from Depp’s side, including saying he wanted to light her on fire and rape her burnt corpse. Why is that suddenly not important?

This topic is going to be polarizing. It is always going to be, and sometimes, for the simple fact that we are human beings, not just feminist talking heads, who have our own trauma and histories, it can be hard to put your body on the kindling for people to assume that you have an agenda.

If I have an agenda in this case, it is that it truly frightened me how, at the first sign that Amber Heard could have done something wrong, there was an almost glee in the reaction, and the sources of the information were not interrogated at all—and how, all of a sudden, Amber Heard was supposedly a disgrace to women. It reached the point that even though a judge in the U.K. (where, mind you, it is much more difficult for The Sun to have won in the first place) stated, “I have found that the great majority of alleged assaults of Ms. Heard by Mr. Depp have been proved to the civil standard. … I also accept that Ms. Heard’s allegations have had a negative effect on her career as an actor and activist,” people will probably see Depp, and only Depp, as the victim in this case.

Depp will have a $50 million defamation suit against Heard in Virginia take place early next year. This one will include Depp having to produce “all responsive communications” with former romantic partners including Angelina Jolie, Keira Knightley, and Marion Cotillard. The burden of proof will be on Depp in this case, and we will see if that pushes the narrative in any way.