McCain has had plenty of heroic moments. This isn't one of them. 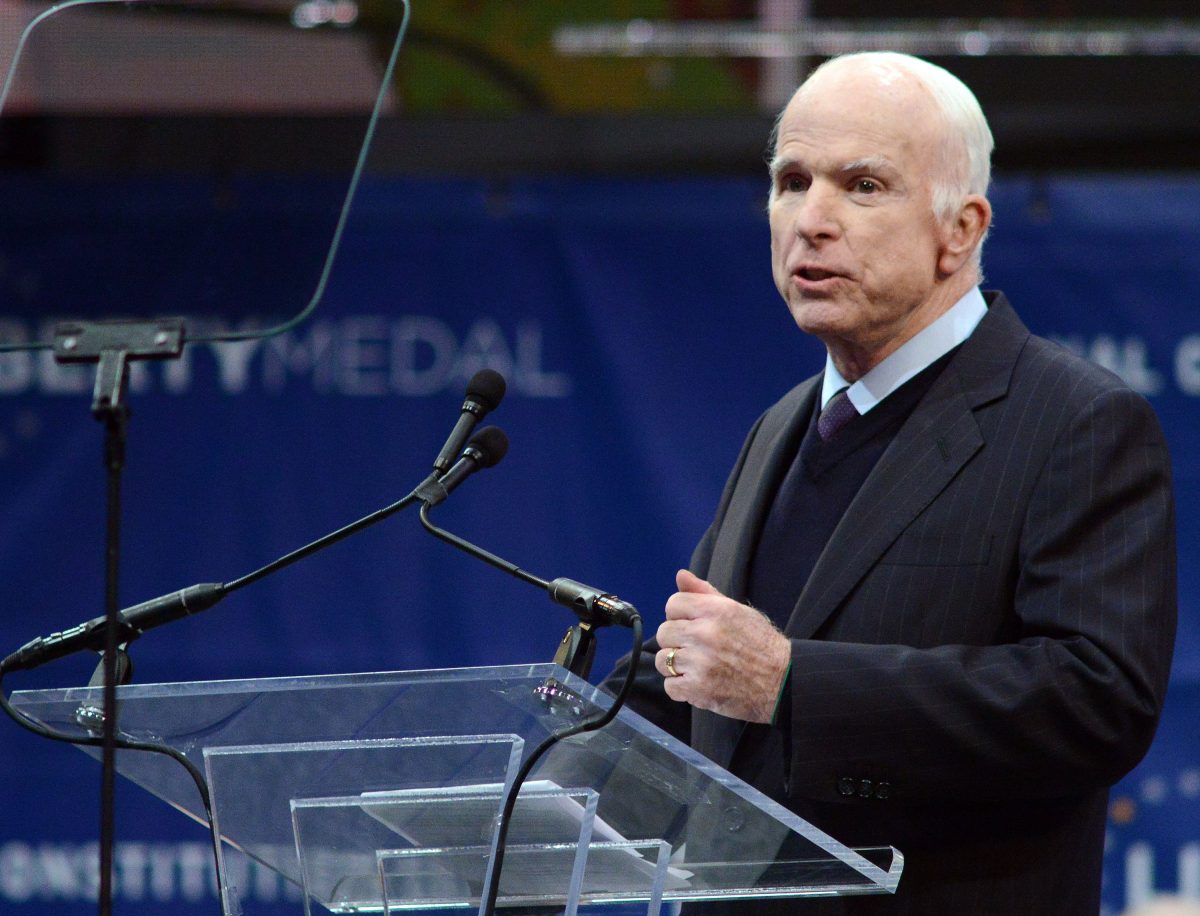 Many took to Twitter this weekend to mark the passing of Senator John McCain, who succumbed to brain cancer at the age of 81. Regardless of where you stand on the political spectrum, McCain led an extraordinary life that was devoted to public service. He was a veteran, a six-term senator, and the Republican presidential nominee in 2008. As condolences pour in on social media, there is one clip that keeps making the rounds:

During the 2008 campaign, a woman said she couldn't trust Obama because “he’s an Arab.” John McCain shook his head. “No ma’am. He’s a decent family man and citizen that I just happen to have disagreements with on fundamental issues, and that’s what this campaign’s about.” pic.twitter.com/xeuMg3xQ3D

Remember when John McCain defended Obama against racist attacks WHILE HE WAS RUNNING AGAINST HIM? pic.twitter.com/QD24OldELA

The clip from a 2008 campaign rally features a woman who says she is scared of Obama, and calls him an Arab. McCain politely takes the microphone out of her hand and defends Obama by saying, “No, ma’am. He’s a decent family man, citizen, that I just happen to have disagreements with on fundamental issues, and that’s what this campaign issue is all about.”

McCain’s intentions are admirable, and his repeated defense of Obama as an American and a good man is honorable. But it’s also racist to imply that Obama is good because he is not an Arab. Those two things aren’t mutually exclusive. What does that say about the Arab community?

If I’m transparent this wasn’t a great answer by John McCain b/c it still presumed Arab men couldn’t be good.

That said, it was well intentioned & I respect that.

Prayers for his family in this difficult time. #RIPJohnMcCain
pic.twitter.com/gWKbkv9S9O

I genuinely don’t understand what is so inspiring about this moment. “He’s not Arab, he is a decent man” is not shutting down racism — it is racism.

It is a testament to how low the bar has sunk for political discourse that this is now a celebrated moment. The rise of Trumpism has brought with it a jarring commitment to incivility, to hateful language and to conspiracy theories masquerading as truth. We’ve been so inundated with violent and racist rhetoric that we’re now holding up “he’s a good man, he’s not an Arab” as the pinnacle of grace and understanding. And that’s seriously disturbing.