John Boyega Isn’t Ready to Return to Star Wars. It’s Also Been Less Than a Year. 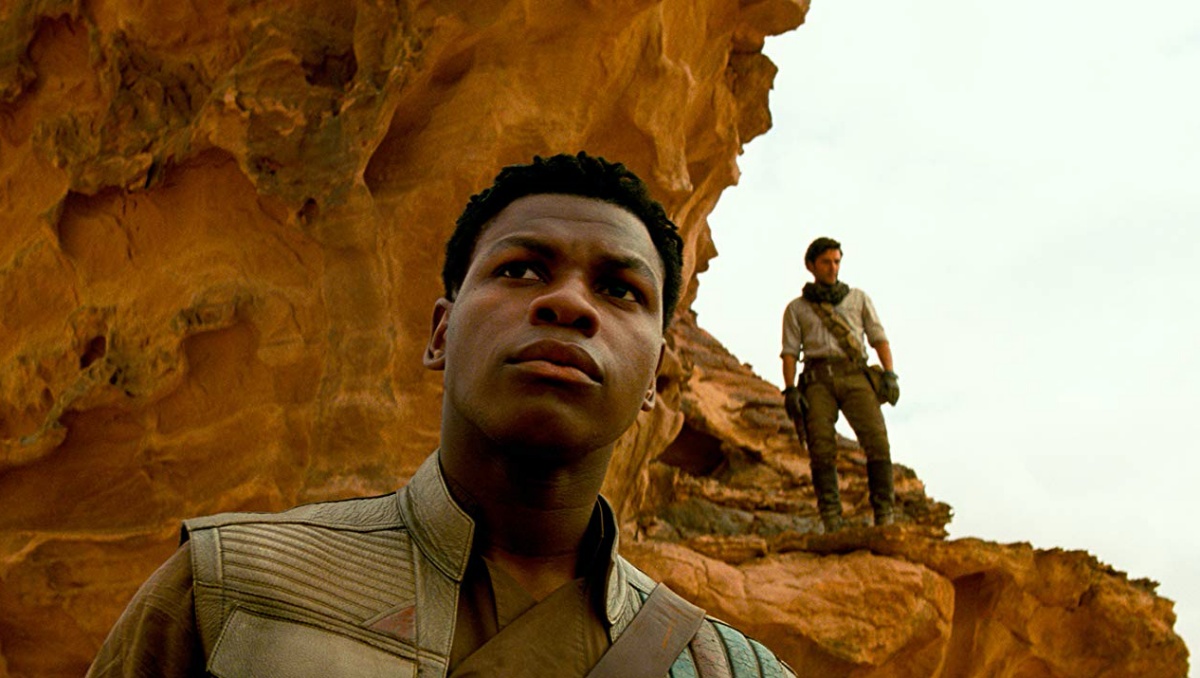 Star Wars: The Rise of Skywalker came out less than a year ago—I know, wild, but that’s the truth—and now, with every new project that John Boyega takes on, there seems to be some question of his loyalty to Star Wars. Honestly, I think everyone just thinks that Rise of Skywalker came out like ten years ago because 2020 has felt three decades long.

But, the constant asking “Will you return to the franchise?” of celebrities is nothing new. Long before Boyega left Star Wars or Robert Downey Jr. and Chris Evans left the Marvel Cinematic Universe, the same question was constantly posed for Harrison Ford and Mark Hamill for their connections to Star Wars, and so on and so forth. It’s a tale as old as time. Now, we basically just see a character finish their arc and already want more from them.

Boyega, who is back to work on a new set, is seeing comments roll in from fans. One user said, “really just got those Disney bucks and dipped [laugh crying emoji],” to which Boyega responded: “nope. Not into playing one role for too long. I have more to offer than that. That’s all.” Look, that’s the truth. Boyega, who has not exactly been quiet in how he thinks Star Wars has treated him and his character, seems to look back on the experience fondly. He even responded to a fan on Twitter who called The Rise of Skywalker “embarrassing.”

Embarrassing ? LOL you wish. Very fulfilling, some disappointments but yet not that big of a deal. Everyone has moved on…..

I have my problems with the sequel trilogy, as many fans do, but the truth is John Boyega is bigger than that. Prior to Star Wars, he starred in Attack the Block and would gladly revisit that role because look, that’s actually been ten years. That’s the main takeaway from this. Right now, when it hasn’t been that long, Boyega isn’t ready to rush back to a galaxy far, far away.

And I honestly don’t blame him. Not just because of the mixed reviews of Rise of Skywalker (and by extension The Last Jedi), but because Finn did deserve so much more than he was given, even if Boyega doesn’t let that spoil the experience for him. He was Force-sensitive and we barely got to explore that. He was constantly given random love stories when Poe was right there (yes, I ship Finn/Poe, and I do not CARE), and he went from being a major player in Force Awakens and someone with a rich backstory to explore to basically the minor leagues in a lot of ways. (We barely learned anything else about Finn through all three movies other than he was taken and turned into a Stormtrooper.)

Do I hope that one day Finn gets his time? Yeah, of course. I love Finn and I love John Boyega. But I also think that it’s going to be a while before any of those characters in the sequel trilogy make a reappearance. Basically, look at the timeline from the prequels to now and watch. There will be rumors about Boyega, Daisy Ridley, and Oscar Isaac being in “talks” in that timeframe.

Still, I’m just happy for John Boyega. He deserves to go out and make the art he wants and bring new and exciting characters to life because he’s an extremely talented performer, and if that means not having Finn for a long while, then great.