John Bolton Is Still the Absolute Worst | The Mary Sue 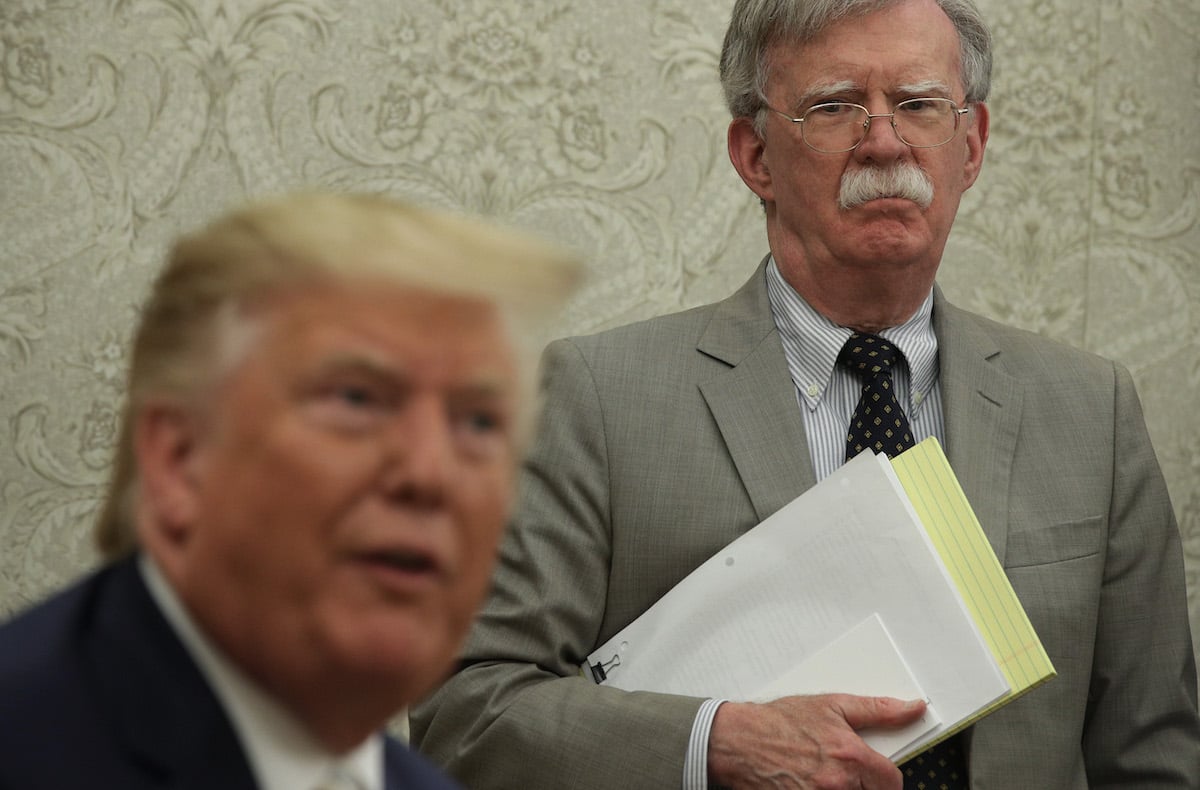 This weekend, the New York Times reported that in an unpublished draft of Bolton’s forthcoming memoir, Trump’s former National Security Advisor lays out how Donald Trump definitely did all the crimes he’s currently on trial for in the Senate.

Over dozens of pages, Mr. Bolton described how the Ukraine affair unfolded over several months until he departed the White House in September. He described not only the president’s private disparagement of Ukraine but also new details about senior cabinet officials who have publicly tried to sidestep involvement.

For example, Secretary of State Mike Pompeo acknowledged privately that there was no basis to claims by the president’s lawyer Rudolph W. Giuliani that the ambassador to Ukraine was corrupt and believed Mr. Giuliani may have been acting on behalf of other clients, Mr. Bolton wrote.

Those are the exact things that Trump has denied doing, and now here’s one of his formerly close allies explaining that he very much did do them. Twitter is now filled with jokes of John Bolton being the latest addition to “the resistance.”

Let’s rewind to 2017. Imagine James Comey and John Bolton being cast as the patron saints of the #Resistance https://t.co/CdVgy3cVp3

These are, of course, jokes. I hope they’re all jokes. Because in addition to being an actual war criminal, Bolton is no friend to impeachment. When the White House’s former Russia expert Fiona Hill first brought her concerns about the Rudy Giuliani-led Ukraine “shadow operations” to Bolton (her direct supervisor at the time), he appeared to only care about distancing himself from that “drug deal,” as he called it. He didn’t relay her concerns to the FBI or anyone who would actually do anything about them, only instructing her to get in touch with the White House lawyers, who, as he had to have known, have a proven track record of dismissing and even actively covering up this exact sort of information.

But the really infuriating thing about Bolton is what he’s doing right now, which is taking information that could upend Trump’s entire impeachment defense and using it not to, you know, save our country, but to sell a book.

And before you think it’s the Senate Republicans’ fault that Bolton can’t be brought in to share all this bombshell information, remember that he chose not to testify in the House inquiry. They asked and he said he had been instructed by the White House not to appear, and that he only would if he were subpoenaed. Making this statement, like so many others, a straight-up lie:

The Democrat controlled House never even asked John Bolton to testify. It is up to them, not up to the Senate!

Bolton’s book was reportedly submitted to the White House for review, allowing them the opportunity to deny certain elements or even potentially kill it entirely. Now that parts have been leaked, though, even if we never get to actually see it, the book could heavily influence the impeachment trial, starting with driving Republicans to vote to allow Bolton and other witnesses to give deposition. Which would be very cool indeed.

If only Bolton had come forward with all this information in the first place, instead of putting his $2 million book deal ahead of the stability of the entire country.