John Barrowman and Alex Kingston on Arrow | The Mary Sue

Captain Jack and River Song, Together at Last 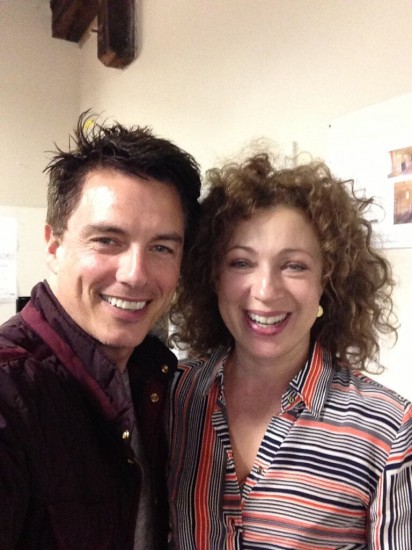 If there’s one thing that’s certain about an episode of Doctor Who with both Captain Jack and River Song in it, it’s that it would be 90% made up of absolutely shameless flirting, and 10% made of the Doctor being exasperated. But don’t get crazy yet, Whovians, John Barrowman and Alex Kingston aren’t working together for the first time on Who. They’ll both be appearing on Arrow later this season, Barrowman in his recurring role, and Kingston as (probably) the original Black Canary. Barrowman himself tweeted this picture this weekend.

(via Doctor Who on Tumblr.)