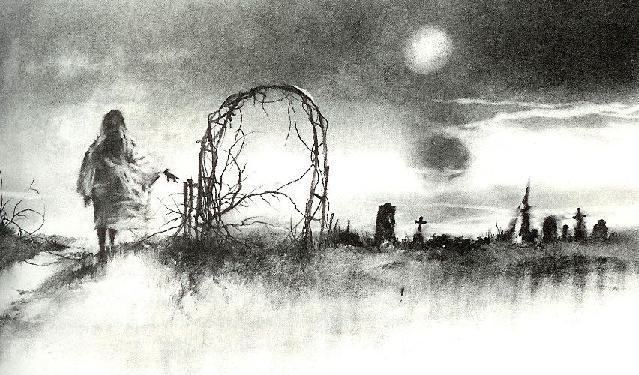 Last we heard about the Scary Stories To Tell In The Dark movie, the trilogy of traumatizing tales was being adapted into a single film by Saw screenwriters Marcus Dunstan and Patrick Melton. But now, in a move to “shift gears” on the project (and probably make it a little less graphic), Deadline is reporting that a whole new screenwriter is attached–and with any luck, he could bring Tim Burton with him.

According to Deadline, John August of Big Fish, Corpse Bride, and Frankenweenie fame is now writing the script for the CBS film. The feature was originally rumored to follow “a group of outcast kids who stand up to their fears to save their town when nightmares come to life”; in the new script, Deadline reports that “August is going back to the source material for his take and a director will be the next piece to fall into place.”

What do you guys think of the change-up in screenwriters? Personally, I think it makes sense for the project to move away from writers known for slasher fare–for me, the horror of Alvin Schwartz’s trilogy always lay less in its blood and gore, and more in the famously surreal, disconcerting illustrations.

Many of August’s previous films have a distinctive visual style (especially his five collaborations with Burton) and it would be awesome–albeit terrifying–to see a Scary Stories film that actually captures the spirit of Stephen Gammell’s original illustrations. What do you guys think? Does August have what it takes to properly scar an entire generation of kids with Schwartz’s stories? Should Tim Burton chill our bones as director? And will we ever get a In A Dark, Dark Room film?

God, I hope not. I need to sleep someday.