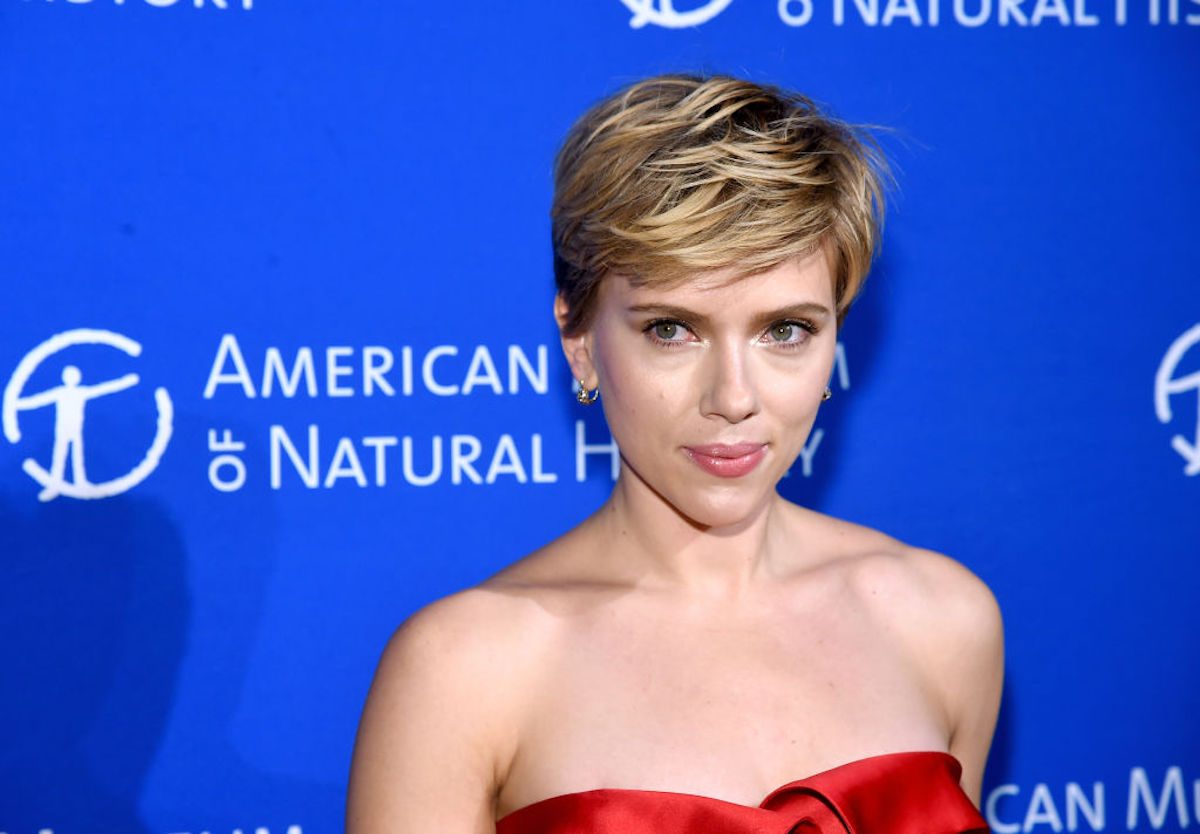 An article about Johansson’s controversial casting by a conservative writer published on Business Insider was deleted—but the Internet never forgets.

Scarlett Johansson sparked a firestorm of criticism for taking the role of Dante “Tex” Gill, a trans man, in the upcoming film Rub & Tug. Fuel was added to this representational fire when Johansson’s response to the outcry, via her rep, was mind-bogglingly out-of-touch and dismissive, telling her critics that “they can be directed to Jeffrey Tambor, Jared Leto, and Felicity Huffman’s reps for comment.” Yikes, to put it in a nutshell.

Of course, as with any recent culture battle that takes place in the spotlight, conservative naysayers were waiting in the wings to tell everyone they were just being too sensitive. Such was the perspective of columnist Daniella Greenbaum, who wrote a piece for Business Insider published on July 6th entitled, “Scarlett Johansson is being unfairly criticized for doing her job after being cast as a transgender man.”

According to The Daily Beast, the column was yanked from Business Insider’s site within the same day, following complaints from the site’s staff:

The publication took down the piece on Friday, and appended an editor’s note to the page on Tuesday saying that “Business Insider removed the column because, upon further review, we decided it did not meet our editorial standards.”

The decision also prompted the publication to alter its own internal editorial policies.

With different editorial policies, chances are that this piece may not have made it to publication. But I wouldn’t bet a ton of money on that. In the race for clicks and ad dollars, publishing an unpopular or contrary stance is a surefire way to make sure that sweet traffic is coming your way—even by means of an outrage click. Someone told Greenbaum to write this piece or approved her pitch.

In all likelihood, action was only taken after publication because of serious internal dissent, which is not necessarily preventable by even the best editorial policies and safeguards. Had employees not protested, all the pushback in the world from readers would not have made much of a difference. I’ve worked in digital media for more than a decade and I can count the number of articles I’ve seen actually pulled after publication on one hand.

Greenbaum’s yanked column can still be read via The Wayback Machine, because the Internet’s memory is eternal. The article is your standard attempt to be a voice of faux-“rationality” amid an imagined SJW mob that is baying at the moon for Johansson’s blood. So scary, aren’t we, mob, when we ask for roles to be played by actors from the marginalized communities they are intended to represent?

“Scarlett Johansson is the latest target of the social-justice warrior mob. The actress is being chastised for, well, acting,” Greenbaum begins. She tries to sweep the entire Johansson affair under the rug by claiming that what actors do is play different kinds of people, completely avoiding the issue of Johansson’s trans appropriation and why it matters that cisgender actors are still receiving these roles over a multitude of trans actors who stand ready and waiting for such an opportunity. She writes:

Yet all of these examples (and dozens more) could also be strangely characterized as “stealing” narratives. I’m sure there’s a class on how to do just that at the Yale school of Drama.

I’d like to ask Greenbaum about Hollywood’s long and hugely problematic history of whitewashing—casting white actors in non-white roles—and if this is okay because it’s “acting” and that’s what “actors” do. You’ll notice that she doesn’t touch on the matter of race, instead introducing ridiculous scenarios like anyone having an expectation that a paleontologist should be played by a paleontologist or a rapist played by a rapist. (Johansson also knows a thing or two about whitewashing.)

Greenbaum’s willful obtuseness here—trying to conflate an actor whose parents are still alive playing an orphan with an actor appropriating trans identity in lieu of excluded trans actors who are still treated in the industry as “third-class citizens” is the worst kind of false equivalence.

What they fail to acknowledge is that the job of an actor is to represent someone else. Johansson’s identity off the screen is irrelevant to the identities she plays on the screen. That’s what she’s paid for. And if she does her job, she’ll make everyone forget about the controversy in the first place.

I can’t believe I’m quoting Jeffrey Tambor, because he is canceled these days, but since Johansson asked us to refer to him for comment, at least Tambor understood that he was appropriating, and that this practice needed to end: “I’m not going to say this beautifully: to you people out there … please give transgender talent a chance. Give them auditions. Give them their story,” Tambor said in his speech while accepting the Emmy for Best Comedy Actor for Transparent in 2016. “I would be happy if I were the last cisgender male to play a transgender female.”

It was two years ago that Tambor made this declaration in front of Hollywood’s elite, and yet the casting of cisgender actors in trans roles continues. And I suppose it will, as long as there are studio executives who think like Daniella Greenbaum and actors as hungry for gold statues as Scarlett Johansson.

The main voices we should be listening to—not Tambor’s, not Johansson’s, not Greenbaum’s, not mine—are those in the trans community.

“Give trans talent a shot … I would not be here tonight if I was not given that chance,” said actress Laverne Cox at the same 2016 Emmy broadcast where Tambor won.

Oh word?? So you can continue to play us but we can’t play y’all? Hollywood is so fucked… I wouldn’t be as upset if I was getting in the same rooms as Jennifer Lawrence and Scarlett for cis roles, but we know that’s not the case. A mess. https://t.co/s8gBlBI1Sw

When this happens, not only are the very few acting jobs available to trans people being taken away from us, it’s also blatantly transphobic. If your idea of a trans man is Scarlett Johansson, that reveals that you think trans people’s genders are somehow fake, that they are performances.That a trans man is really a woman.Every time a cis person is cast in a trans role of the opposite gender, it reinforces this idea to the audience, the idea that trans people are ‘deceivers,’ which is an idea that contributes to violence against trans people.

Then when trans people speak up about the erasure and danger that comes with these casting decisions, everyone thinks their artistic freedoms are under attack and start warning of ‘the authoritarian left.’It’s the same with any trans issue — we ask for respect and people think we are coming for their free speech.You won’t find a group of people more supportive of exploring gender through artistic expression than trans people.

But this movie is not being made because Scarlett Johansson feels the need to explore her gender.This movie is being made because there once was a trans man who lived an interesting life.Yet apparently the casting directors think there are no trans men around to play the part.In an ideal world, any actor could play a role of any gender.But we do not live in an ideal world.We live in a world rampant with misconceptions about trans people, and seeing us portrayed by cis people contributes to that.

As did actor Will Krisanda:

“I’m a trans man actor and I’m really upset about the recent casting of Scarlett Johansson in a trans masculine role,” said Will Krisanda, who starred in Brothers. “It shows that Hollywood hasn’t learned a thing. But it just gives trans filmmakers even more of a reason to create their own content because no one else is telling our stories in the way they should be told. These projects should be in the front lines, not something like Scar Jo’s movie.”

And finally: here are five trans male actors who should star in Rub & Tug instead of Scarlett Johansson.