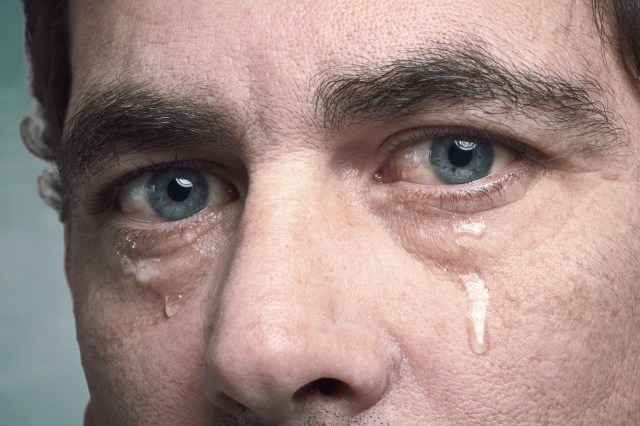 Last week we were excited to learn that teen baseball phenom Mo’Ne Davis’ story would be adapted into the Disney movie Throw Like Mo, but apparently the news was too much for the fragile male ego of baseball player Joey Casselberry, who voiced his dismay by calling the thirteen-year-old a slut on Twitter: 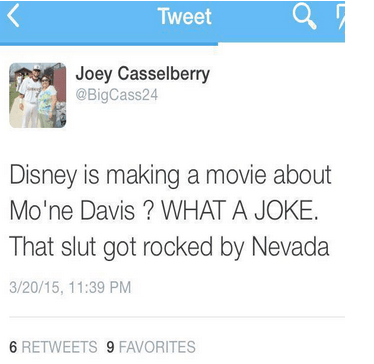 On Saturday, the Bloomsburg University Huskies announced that Casselberry had been removed from his position on the team:

We take matter very seriously; addressed the issue with the student-athlete (who has been dismissed from team), coach, and the team.

Bloomsburg Univ is deeply saddened by what was written about #MoneDavis by one of our student-athletes. His words do not represent us.

Before deleting his Twitter on Saturday, Casselberry tweeted an “apology,” saying

An example that one stupid tweet can ruin someone’s life and I couldn’t be more sorry about my actions last night. I please ask you to.

Forgive me and truly understand that I am in no way shape or form a sexist and I am a huge fan of Mo’ne. She was quite an inspiration.

Yep, he’s in “no way shape or form a sexist,” just someone whose reaction to a female athlete’s success was to tweet a gendered and sexualized insult at a 13-year-old girl on a public forum and expect no repercussions. Casselberry’s statement isn’t even an apology, but a manipulative plea for sympathy where he positions himself (an adult, remember) as a victim of reactionary Internet SJWs.

Considering the rarity with which male athletes are held accountable for their misogyny and the frequency with which abuse on Twitter is ignored, it’s extremely exciting that BU isn’t taking this shit, and extremely disheartening that Casselberry will likely become a martyr for online dudebros who don’t understand what “censorship” means. (Protip: if you’re concerned that a grown man being held accountable for sexualizing a 13-year-old girl sets a personally restrictive precedent for you in anyway, then you’re a creepy and premeditated asshole.)

Kimberly Ellis, who wrote a letter to BU about the controversy and whose mentions right now are full of users intent on defending Casselberry, wrote over the weekend:

@BigCass24. What you tweeted was not “a stupid tweet,” it was a blatant conscientious attempt to degrade a CHILD, a GIRL, a BLACK GIRL. No.

@TheMarySue Update: Mo’ne has personally asked his school to reinstate him. Via @espnW http://t.co/mnqLhAbopo

According to ESPN, Mo’Ne has personally asked Bloomsburg to reinstate Casselberry.

(via Jezebel, images via Philly.com and Shutterstock)