MSNBC’s Joe Scarborough Says Warren & Klobuchar Should Drop Out and Gee, I Wonder Why He Picked Those Two 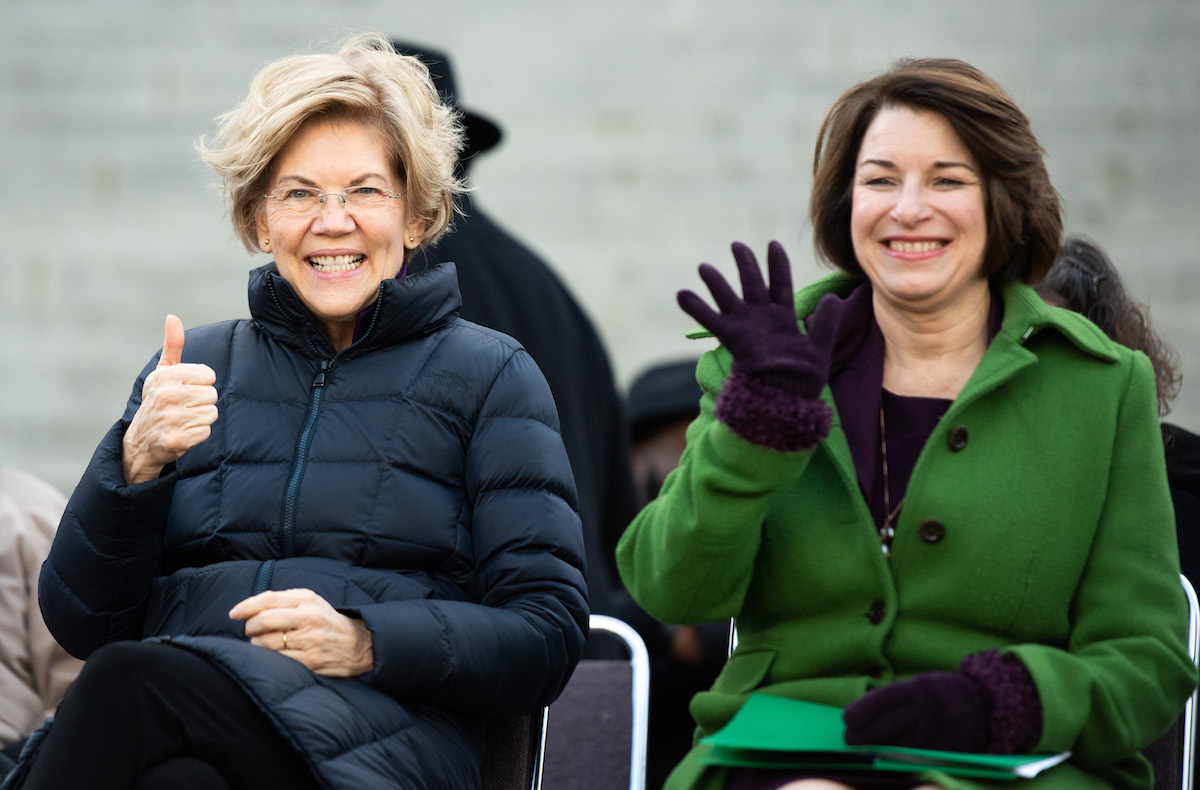 According to MSNBC’s Joe Scarborough, it’s time for some of the Democratic candidates to drop out of the 2020 primary race in order to make room for other contenders. Not at all surprisingly, the candidates he sees as being in the way are Elizabeth Warren and Amy Klobuchar. Hmmm, now what could those two possibly have in common? It’s a mystery, I guess.

On Morning Joe, the eponymous Joe said of Klobuchar that “as well as she’s done, as good of a campaign she’s run, it is time for her to get out of the race.”

Then he focused on Warren, saying it’s also “time for her to get out of the race.” He criticized her for finishing “weak” in the first few early voting states, including “her neighboring home state” of New Hampshire, as if every voter in that state owed her some sort of loyalty simply because she’s from the next state over. (New Hampshire also borders Bernie Sanders’ home state of Vermont so I don’t know why Scarborough thinks Warren’s failure to swing shared geography in her favor is some sort of automatic disqualifier.)

“Is it time for Elizabeth Warren?” Scarborough asked his audience. “If she keeps finishing in fourth, fifth place, is it time to her to get out of the race to help consolidate efforts against Bernie Sanders? That’s what a lot of buzz on Twitter suggesting that’s the case.”

Oh boy, there’s a lot going on there. First of all, it’s no surprise that lifelong Republican Joe Scarborough (okay, technically Trump pushed him to register as an Independent in 2017) thinks Bernie Sanders is a boogeyman who must be defeated at all costs. He is operating from the position of #NeverBernie the way actual Democrats are focused on #NeverTrump.

It’s telling that Scarborough is citing “a lot of buzz on Twitter” for his argument. We must run in very different online circles because in my feed, hashtags like #PresidentWarren and #WarrenfortheWin haven’t stopped trending since she absolutely dominated the Nevada debate last week–a debate, by the way, that gave Warren her best fundraising debate day of the campaign, in which she raised more grassroots money than any other candidate. But sure, I guess it’s time for her to drop out to make way for, I don’t know, Bloomberg? Buttigieg? I’m not sure exactly what magical candidate Joe Scarborough thinks these women are standing in the way of but I sure haven’t seen him.

It’s also worth noting, since Joe seems to have forgotten, that it is February. All of three states have gotten to vote so far. In 2016, Sanders didn’t drop out and endorse Hillary Clinton until July and while that was unusually (and arguably damagingly) late in the game; the Republican frontrunners (Ted Cruz and John Kasich) didn’t suspend their campaigns until May, which is pretty standard. It makes absolutely no sense to call on two candidates who are doing fine to great to drop out this early and to suggest that they’re hurting the party if they don’t. This was, plain and simple, a terrible take.

But amazingly, Scarborough’s statement wasn’t even the worst opinion to be spouted on MSNBC in recent days. That honor goes to Chris Matthews, who compared Bernie’s success to actual Nazis. Seriously.

never thought part of my job would be pleading with a national news network to stop likening the campaign of a jewish presidential candidate whose family was wiped out by the nazis to the third reich.

I admit that for me personally, Sanders isn’t my first choice candidate but honestly, the way he strikes fear into these old, ultra-moderate white guys is really selling me on him.