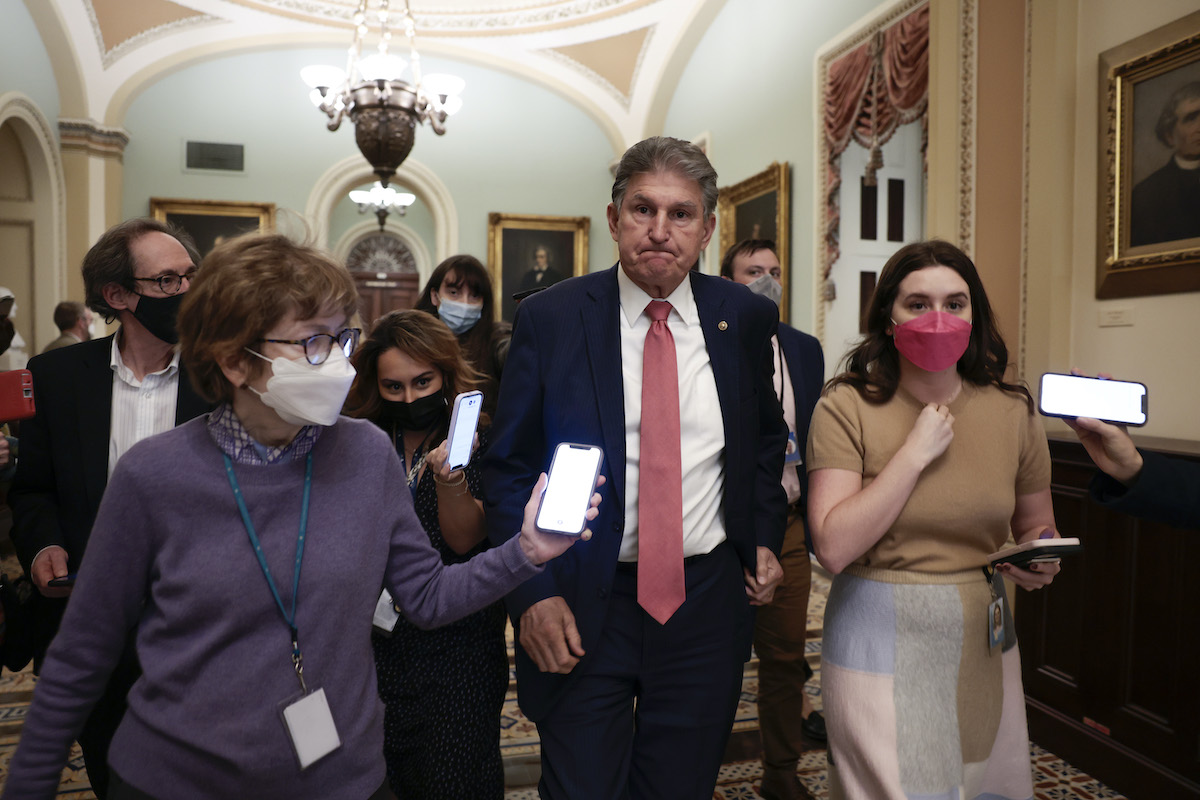 Days after betraying Democrats, his constituents, and the rest of the country by singlehandedly blocking Joe Biden’s Build Back Better bill, West Virginia senator Joe Manchin is making it clear he’s not done being the absolute worst.

Last week, it came out that Manchin was refusing to support the continuation of the monthly child tax credit that has offered families as much as $300 per child under the Biden administration. Manchin then appeared on Fox News to confirm that he would not be supporting the massive social spending package—an apparent kneejerk reaction to having his feelings hurt by the White House’s negotiation tactics.

Manchin has long opposed the child tax credit, and according to HuffPost, he’s opened up privately to his colleagues about the reason why: He thinks low-income people can’t be trusted to spend that money on their children, and will instead spend it on drugs.

This is jaw-dropping, staggeringly vicious stuff, in addition to being shockingly disrespectful to his own constituents. https://t.co/SLGyoNILGO

“America has the child highest poverty rate among developed countries but solving it would allow a small percentage of people to engage in behavior I don’t like” is the most cruel, small-minded position imaginable but since it’s “moderate” we have to pretend it’s legitimate. https://t.co/DPkBRjhHb7

Manchin also reportedly said that people couldn’t be trusted with paid sick leave because they would just pretend to be sick to go on “hunting trips.”

lol this odious little fuck gets like 100 days off a year https://t.co/jSlBrR6nIg

“Are we supposed to pay people to not work??” Yeah man, like we do with congress

This sort of thinking is so offensively condescending and it’s also really harmful. This sort of boilerplate “war on drugs” rhetoric is not just demonizing and infantilizing, but also completely ineffective. It works to deny low-income people the resources they desperately need while doing nothing at all to address actual drug-related issues like addiction or overdoses.

Y’all West Virginia has one of the highest drug overdose rates. It is one of the states where Black people’s overdose rates was higher than White people’s. And their harm reduction programs constantly under attack. He ain’t worried about drugs or people https://t.co/XpULtOKI2O

Democrats are reportedly currently scrambling to figure out a version of the Build Back Better bill they can make work and Manchin apparently says he’s open to negotiations. Of course, HuffPost’s report says Manchin has been talking about his planned refusal to vote for the bill in its current form for months while still allowing Democrats to court him like a fussy little prince so people are understandably skeptical.

The replies have spoken: the people are skeptical. pic.twitter.com/3br3dPhCfK