Merry Christmas, no one! 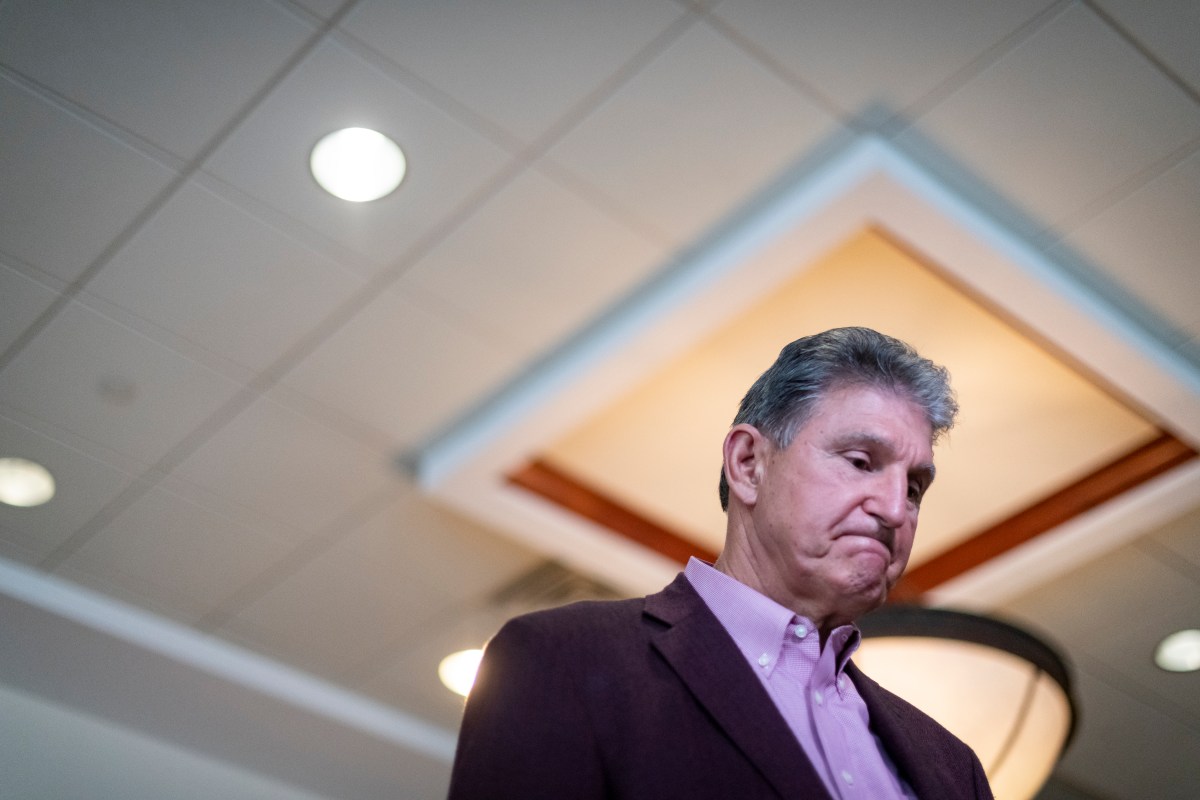 In what is perhaps the least surprising but still gutting news, West Virginia Senator Joe Manchin appeared on Fox News to say he wouldn’t support the Build Back Better bill. “If I can’t go home and explain it to the people of West Virginia, I can’t vote for it. And I cannot vote to continue with this piece of legislation. I just can’t. I’ve tried everything humanly possible. I can’t get there,” Manchin told Bret Baier on Fox News Sunday. “This is a no.”

This comes after months of bad faith negotiating, where democrats slashed desperately needed aspects of the bill (including paid family leave) according to his whims. It also comes after congress passed the massive infrastructure bill, uncoupling it from BBB and losing any leverage progressives had to pass BBB.

This apparently comes as a shock to the White House, which was still negotiating details of the bill with Manchin. White House press secretary Jen Psaki released a statement saying, “Senator Manchin’s comments this morning on FOX are at odds with his discussions this week with the President, with White House staff, and with his own public utterances,” adding “If his comments on FOX and written statement indicate an end to that effort, they represent a sudden and inexplicable reversal in his position, and a breach of his commitments to the President and the Senator’s colleagues in the House and Senate. Just as Senator Manchin reversed his position on Build Back Better this morning, we will continue to press him to see if he will reverse his position yet again, to honor his prior commitments and be true to his word.”

The Build Back Better Bill is a widely popular bill that would invest billions in clean energy, universal pre-k, childcare, expanded Medicare, lower prescription drug prices, and a host of other desperately needed action items. But thanks to corporate interests and a democratic system that gives one shitheel from West Virginia the same power as the president, Manchin has singlehandedly bludgeoned the entire democratic agenda.

Senate Dem Joe Manchin accepted more than $1.5m from Republican and corporate interests opposed to Build Back Better as of September, Guardian US reported this month

It’s a deeply depressing outcome that is only made worse by another winter beset by a Covid surge, and little to no government response beyond “whelp, it’s time to pay those student loans again.” But who could have predicted such an obvious outcome? Oh right, progressive dems.

Let’s be clear: Manchin’s excuse is bullshit. The people of West Virginia would directly benefit from childcare, pre-Medicare expansion, and long term care, just like Minnesotans.

This is exactly what we warned would happen if we separated Build Back Better from infrastructure. https://t.co/dhzcSk0qUV

Manchin is a tour de force in gaslighting and dishonesty.

“We’ve got inflation” — but Build Back Better would cut costs for millions of working families. https://t.co/j6dNY4ekLv

Wow @Sen_JoeManchin, with all due respect, when you say you’re a no on Build Back Better – is it you? Or is it the special interest 💰💸 that powers you?

I’m inviting you to my district to see just how badly we need this bill. Will you tell my community “No” to our face?

When a handful of us in the House warned this would happen if Dem leaders gave Manchin everything he wanted 1st by moving BIF before BBB instead of passing together, many ridiculed our position.

Maybe they’ll believe us next time. Or maybe people will just keep calling us naïve. https://t.co/TtKW6VOOCF

We can't let one lone senator from West Virginia obstruct the people's agenda.

The cost is too high, and our most vulnerable always pay the price.

This fight isn't over. pic.twitter.com/MW0ReiKeb6

Bernie Sanders on Manchin saying he's a no on BBB: "We've been dealing with Mr. Manchin for month after month after month. But if he doesn't have the courage to do the right thing for the working families of West Virginia and America, let him vote no in front of the whole world" pic.twitter.com/LrHlbdXRBG

We have been saying this all along: The people have to win.

If democrats head into 2022 with no BBB and no voting rights legislation, it’s going to be a rough election year. But what recourse is there for a system that lines the pockets of our representatives with little to no oversight? It’s time to accept the fact that America is an oligarchy dressed up as a democracy.

And all the democratic party is bringing to the table is “vote more of us in!”, amessage that is as galling as it is true. The fact is, our majority in the senate is a majority in name only. Without more democratic senators to depower Manchin, without holding onto the House, we will get less done than ever.

What comes next? Whatever Emperor Manchin decrees, I suppose. What a bitter, heartbreaking end to a mess of a year.