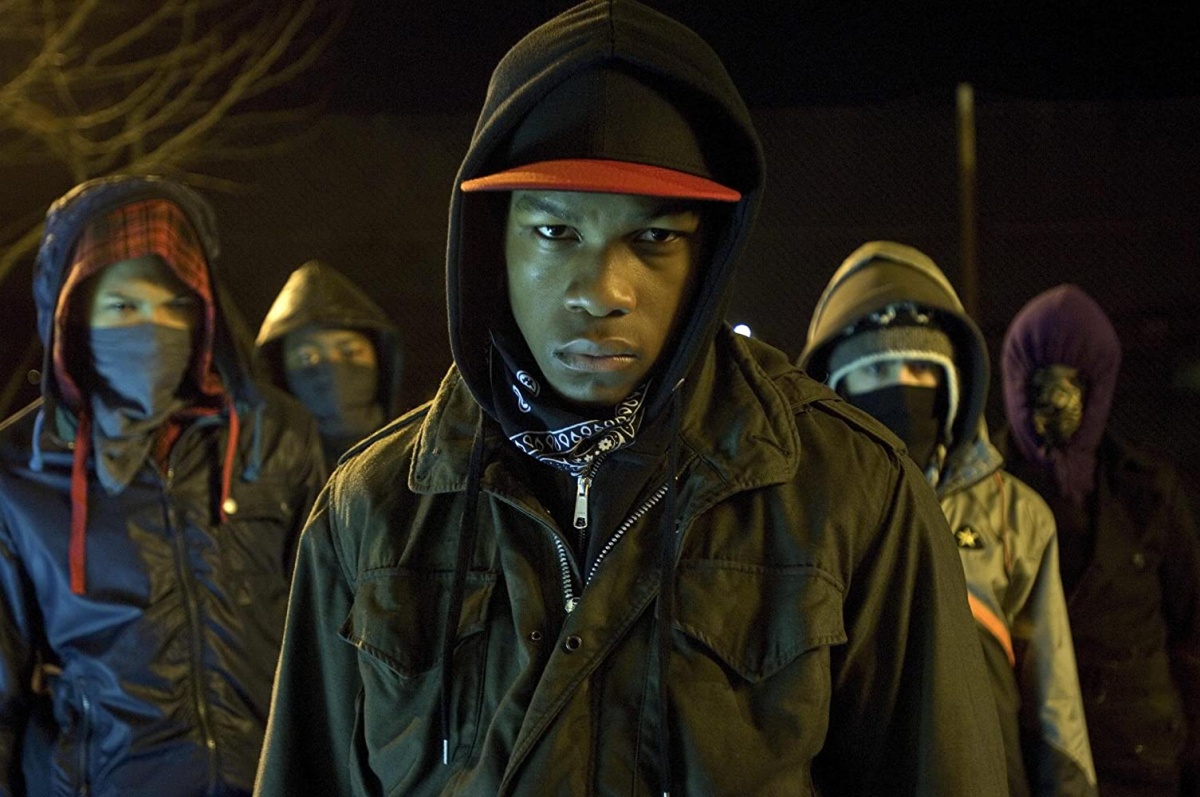 John Boyega will always be Moses from Attack the Block to me. The 2011 film is what a lot of people my age know him from, since Attack the Block was lauded for its humanizing depiction of kids growing up in project housing. The film ended with enough room for there to be another, and it sounds like a sequel is already being discussed.

In Attack the Block, we start with a South London teen gang made up of Moses (Boyega), Pest, Dennis, Jerome, and Biggz, mugging a female nurse named Sam (Jodie Whittaker, who would end up becoming the 13th Doctor). During the mugging, an alien crashes into a car. The boys follow it and kill it after it attacks Moses. However, they soon find out that this alien was only the first to come, and more follow, hunting the boys. Now, the kids, Sam, and a few others have to team up in order to save the block.

The film’s writer and director, Joe Cornish, had this to say about an Attack the Block sequel during the Script Apart podcast:

We’ve got ideas. I met with John a couple of months ago to talk about it. We’ve always had ideas since after the first one, but obviously we’ve both been busy doing different things. In a weird way, kinda, the longer you leave it the more interesting it is. So that’s what I’ll say.

The film was a debut for Cornish and Boyega, so of course it makes sense that they would come together to think about what a followup story would be. I love Attack the Block. It’s funny, dark, and doesn’t pull any punches when it comes to setting up the stakes of how bloodthirsty these aliens are. What’s more is that despite the opening sequence painting the boys in a malicious light, the film spends the majority of its time showing that these are kids—kids who, when push comes to shove, look out for and protect each other and their home.

John Boyega also sent out these following tweets, getting us even more excited:

….think imma need the whole of London for an army on this one…… https://t.co/hGu9IL4UBJ

Attack the Block underperformed when it first came out, despite great reviews and its status as a cult classic. Plus, it also takes time to drop moments like when Moses speculates why the aliens are there and targeting them:

Know what I reckon, yeah? I reckon the feds sent them anyway. Government probably bred those creatures to kill Black boys. First they sent drugs to The Ends. Then they sent guns. Now they send monsters to get us. They don’t care, man. We ain’t killing each other fast enough, so they decided to speed up the process.

When I saw this movie at an outdoor event with two of my friends, we heard some white people chuckling at this line, but we recognized the poignancy in it. While this is not the case in the movie, that mentality is one a lot of Black people across the diaspora feel, because it feels like we are always under attack by the government.

If you haven’t seen the film, I highly recommend checking it out. Although, I will warn you, it’ll only make you more frustrated at Boyega’s wasted potential in Star Wars.