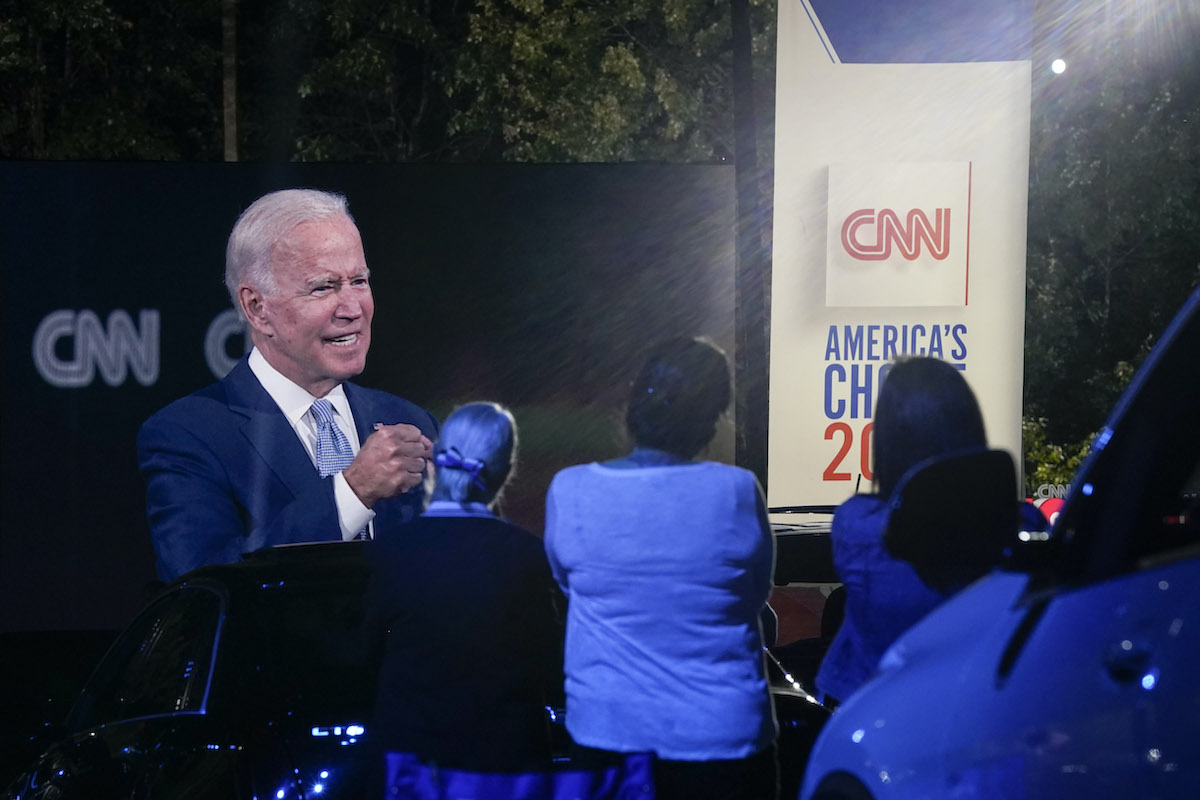 The same week Donald Trump held a town hall event with undecided voters, Joe Biden held his own town hall with CNN and the differences between the two were stark.

While Trump was relatively subdued during his event (basically just meaning he never threw a tantrum), Biden was something Trump has never managed to be: he was presidential. All that really means is that he was prepared, knowledgable, and empathetic.

It’s very clear that he’s been listening to experts on the complexities of the coronavirus, while Trump continues to say the virus will simply disappear on its own someday. Biden expressed empathy for people being crushed by America’s broken health care system and got emotional talking about his son’s death. Trump was dismissive of similar concerns during his town hall, lying to voters by telling them he was committed to protecting those with pre-existing conditions when he has been consistently working to eradicate those protections as guaranteed by the Affordable Care Act.

The bar has been set so low over the last nearly-four years that for Biden to show up for a presidential town hall with a reasonable level of preparedness and human emotion seemed to legitimately confuse some people who have apparently forgotten what baseline leadership and intelligence look like.

Once-relevant conservative pundit Bill O’Reilly went so far as to suggest that Biden must have seen the night’s questions ahead of time. How else could he possibly have such serious and well-formed answers?

All of the questions Biden was asked were related to major events affecting people living in America right now. Most of them were about COVID-19: Trump’s mishandling of the pandemic, his thoughts on mandating a vaccine, how to get Americans back to work, etc. etc. It would have been weird if Biden hadn’t been prepared to answer those questions.

When your guy is so incompetent that seeing someone prepared can only mean some grand conspiracy.

It’s called competence, something your guy has proven he sorely lacks.

Why does Bill O’Reilly think Biden had questions in advance?

B/C he forgot what it’s like listen to someone who took their own SAT test.

Also, is now a good time to remind folks Bill got paid $25 million to resign from his job for sexually harassing women?

Clearly, Biden is so senile he had to memorize all the questions in advance for a 2-hr live televised Town Hall interview! https://t.co/7D2wbbPhRD

If there’s one thing people in cognitive decline are known for, it is memorizing long, nuanced answers to lengthy lists of questions.

Nothing gets past Bill O’Reilly. https://t.co/mioctUqHgL

Biden also hurt Trump’s argument that he’s a radical socialist—or he would have if Trump or his base was paying attention. Biden made it clear just how moderate he is on a lot of the issues. He said he wouldn’t eliminate fracking. He’s not adopting the progressive Green New Deal as his own policy. The idea that Biden is some far-left radical threat is as ridiculous as the claim that a presidential candidate can only sound reasonable and intelligent if they’ve rigged the game.