Biden's latest gaffe involves him telling a young girl, "I'll bet you're as bright as you are good looking." 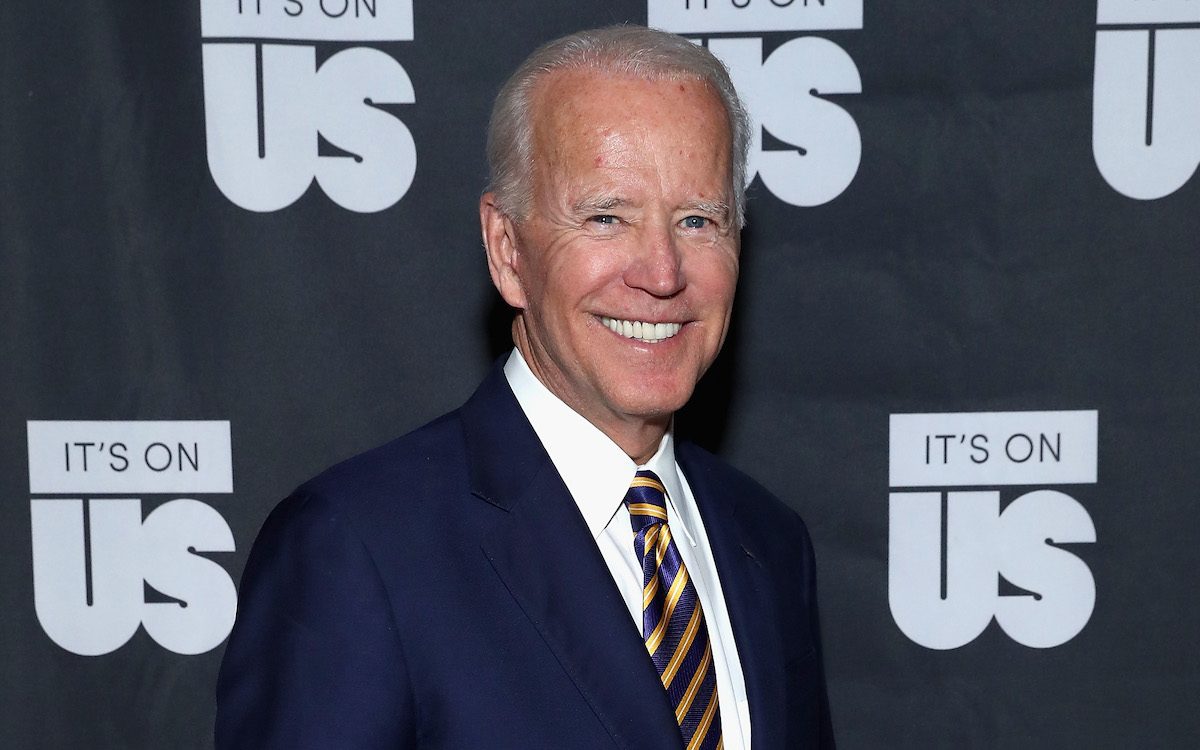 Former Vice President Joe Biden has come under fire after an appearance at an American Federation of Teachers’ town hall in Houston, Texas. While taking questions from the audience, Biden answered one from a 10-year-old girl, whom he told, “I’ll bet you’re as bright as you are good looking.” The crowd laughed politely, and Biden then asked the girl what her favorite subject was. When she answered “journalism,” he brought her back to meet the press corps, smiling, with his hands on her shoulders.

You can watch the entire exchange below:

“I bet you’re as bright as you are good looking”

Joe Biden spoke to a young girl during a @AFTunion town hall meeting in Texas pic.twitter.com/M77ORvdHcM

This misstep is the latest in a series of gaffes where we see Biden acting inappropriately with women and girls. Despite his warm, avuncular tone, Biden has been criticized repeatedly for this kind of conduct, and seemingly refuses to make any adjustments to his behavior on the campaign trail, despite his declarations otherwise.

Social norms are changing. I understand that, and I’ve heard what these women are saying. Politics to me has always been about making connections, but I will be more mindful about respecting personal space in the future. That’s my responsibility and I will meet it. pic.twitter.com/Ya2mf5ODts

But we shouldn’t be surprised. While Biden has acknowledged his behavior, he continues to downplay it and refuses to apologize. In early April, Biden said, “I’m sorry I didn’t understand more … I’m not sorry for any of my intentions. I’m not sorry for anything that I have ever done. I have never been disrespectful intentionally to a man or a woman. That’s not the reputation I’ve had since I was in high school, for God’s sakes.”

Biden’s non-apology apology is frustrating, because it puts the onus on the women he’s made uncomfortable. He’s sorry not for his own actions, but for how these women reacted to them. Since then, Biden has even joked about it on stage:

Putting his arm around young boy on stage at IBEW conference, Joe Biden says, “By the way, he gave me permission to touch him.” https://t.co/xPLc6Q3XlM pic.twitter.com/dc2JWpa0mx

This is made all the more frustrating by the fact that Biden is currently leading the pack for the Democratic primary, with an 18-point lead according to recent polling. It’s hardly surprising, as Biden is the highest profile name in the race, and his presence conjures that warm, comforting Obama-era nostalgia.

Plus, Biden’s name is always at the top of the list when pundits discuss “electability”: he’s a centrist white man who could seemingly sway possible Trump voters. But electability is a vague, nebulous concept that seems to only apply to Democratic straight white men. People seem to forget that Hillary Clinton, who was deemed unelectable and unlikable, garnered 3 million more votes than Trump (more than any white man in history), winning the popular vote, and the world’s most unelectable candidate, Donald Trump, is our current president.

Biden’s behavior may stem from generational differences, but that’s no excuse. This is the 2020 presidential election, and Democrats deserve a candidate who has the ability to adapt and learn from their mistakes. And so far, we have yet to see that from Joe Biden.

(via Washington Examiner, image: Cindy Ord/Getty Images for It’s On Us)