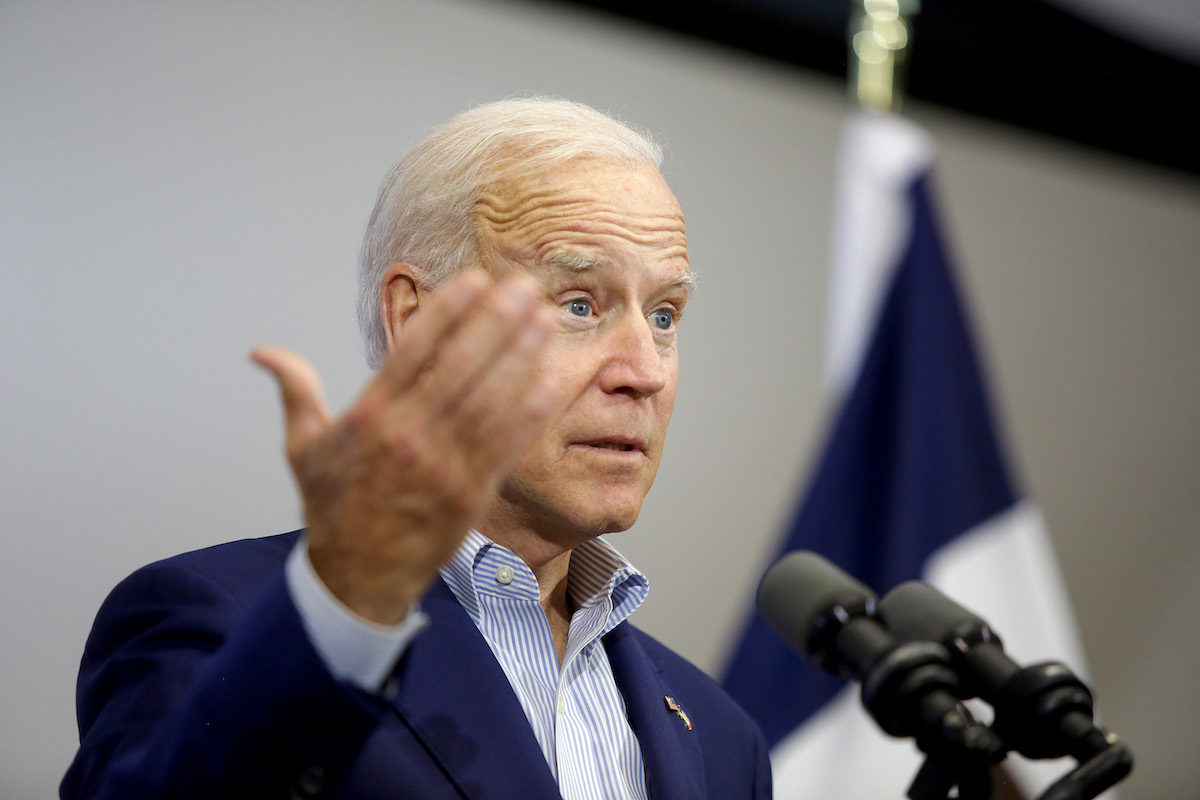 Joe Biden has decided that instead of attempting to beat Donald Trump with facts and ideas to fix the country, he’s going to challenge him to a push-up competition to prove that he isn’t old, which … what?

I’m going to be honest that Joe Biden being the worst truly hurts me, because I loved when Uncle Joe was the fun vice president that just loved ice cream and exasperated his best bud, Barack Obama. So, I basically just miss the meme, not the man. Now, we have him calling for macho nonsense against Donald Trump because his way of proving to the president that his age isn’t an issue in the upcoming election is … to challenge him to a push-up competition?

This macho bullshit is a clear example of how men (older white men, more specifically) think that policies are not as important as fitting some nebulous concept of what a president should be—including, I guess, being able to do some push-ups to prove that they’re not old? Sure, Biden has policies that he’s talking about, but proving to Donald Trump that he’s not old shouldn’t really be a priority. Let the president throw his jabs around and focus instead on reforming the broken government that we currently have.

Trump loves to mock people and get under their skin. Biden is 3 years older than Donald Trump, so if Biden really wants to prove he’s not old, why doesn’t he just act like the adult that Donald Trump isn’t? Even joking about making it a competition is childish, and I’m honestly tired of all the shenanigans going on with this election. Is it December of 2020 yet?

Twitter ran with Biden’s challenge in the way that Twitter does best: by calling out how the other Democratic candidates are acting as one should when running for president, instead of being like Biden and suggesting things like this.

Bernie: We need to dismantle a broken system

Warren: We need to fix a broken system

Biden: WHOEVER WINS THE SKI RACE DOWN DANGER MOUNTAIN GETS TO BE PRESIDENT https://t.co/lT1oHfuOom

If you want to see how a race to the bottom happens, stay tuned. https://t.co/qCFHFJmPgj

Tomorrow’s headline: Joe Biden: I was not prepared for Kamala Harris to challenge me to do push-ups on stage. https://t.co/aOloRwKVoz

Sure, it was a joke, but it still isn’t great that Joe Biden is willing to joke about the president mocking him rather than rising above it and focusing on making his policies and ideas for reform more clear. Whatever, I guess the two can just do a bunch of push-ups and forget about the stakes of this election.