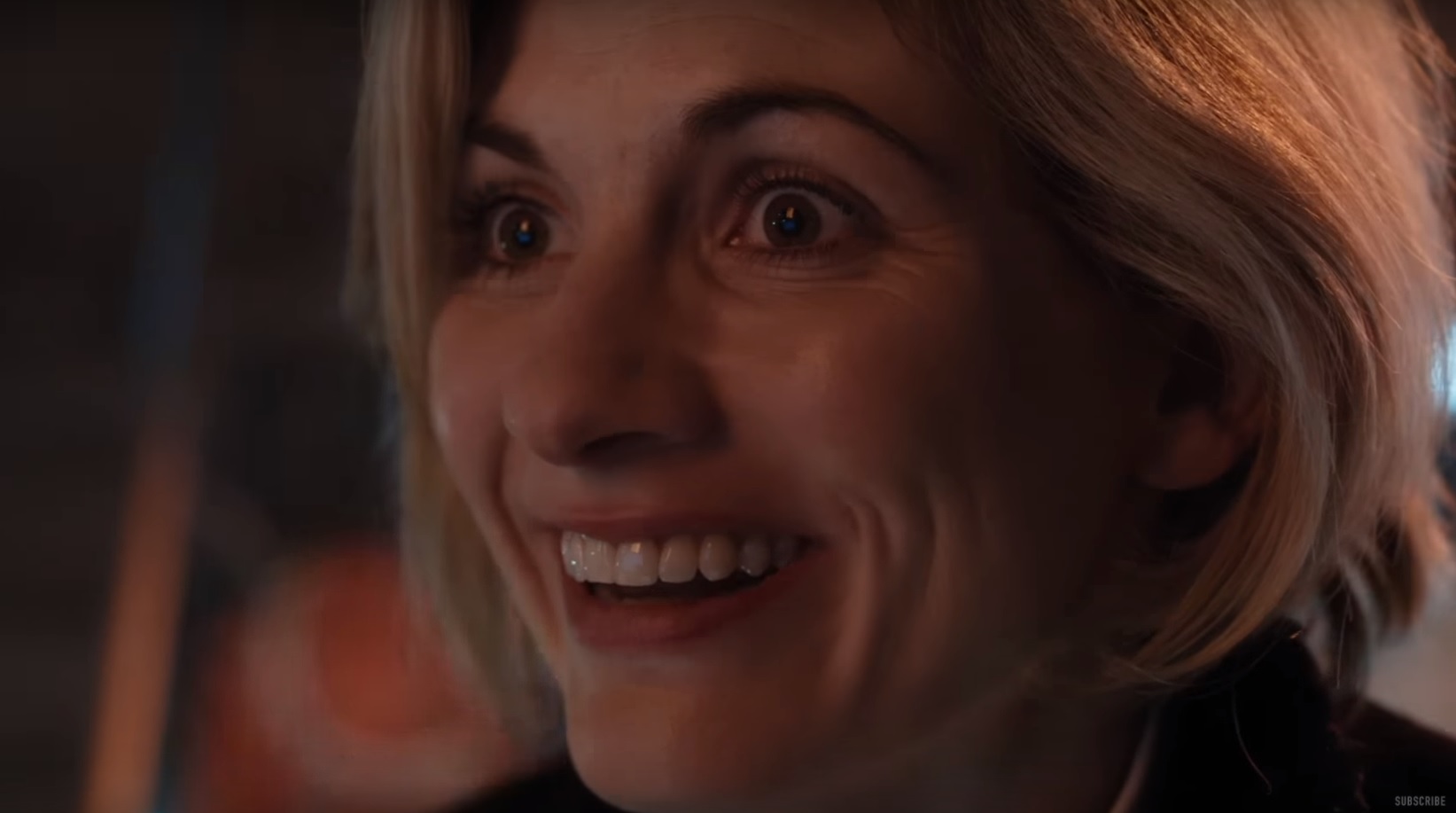 It is impossible to overstate the importance of a female Doctor. The Doctor has been a sci-fi staple for decades, and he’s always been a white man. Girls were told they could play companions, but never the Doctor. But now, with lucky number Thirteen, we’re finally seeing a woman step behind the controls of the TARDIS.

Jodie Whittaker, of Attack the Block and Broadchurch fame, is our new Doctor, and what a Doctor she looks to be—full of hope, optimism, and courage, which is exactly what the world needs from their sci-fi right now.

Whittaker posted an essay on IGN today celebrating her role and the future of Doctor Who, titled “How Doctor Who Can Change Your Life.” The essay is a poignant and sweet reminder of why the show matters, and why representation matters, as well. Whittaker writes in a breezy, conversational style that makes you feel like you’re sitting down to chat with her, and it’s hard to pick a favorite quote, but I’d like to single out this particular section:

The Doctor regenerates. The Doctor changes. With that comes a celebration of change, but [for] some people, there’s also a fear of the change. I think what my casting does is just embrace the fact that the Doctor can and will reappear in any form, and that that is absolutely a part of the fabric of the show.

I look up to men and women all my life. Young boys have many women in their lives that they look up to as well as men. My heroes don’t all look the same, and therefore, the heroes on television shouldn’t all look the same. The show wouldn’t be the success that it is without embracing progression and change. And I think that that’s what this is fundamentally about—why it has a fan base from all over the world, from all different cultures, and why it speaks to people from everywhere. I know from every single time there’s a new Doctor, there’s always going to be people that are maybe disappointed that their previous Doctor is not returning, but that’s why this show is so exciting, is because you can never predict what’s going to happen, so therefore it’s never boring.

Here, she reiterates that all heroes on television should not look the same, and that young people can look up to a variety of heroes. Representation matters, and having diverse leads and heroes will mean that children and young adults, and kids-at-heart too, can look up and have their perspectives changed.

This Doctor will also have two companions of color, and will feature a diverse array of writers and directors who aren’t all just white men. While Whittaker doesn’t speak about them here, that is another important moment of representation. The diversity behind the scenes will hopefully reflect in empowering stories on the screen as well, instead of stereotypes.

Whittaker’s sheer joy at playing the Doctor is unmistakable. She writes of the hope her incarnation has, which is something sorely needed nowadays. The world has enough grimdark, sad, tragic science fiction. We get enough of that on the news. The Doctor has always been about hope and exploration, defeating one’s enemies via compassion and strength rather than just violence.

Thirteen is going back to the roots of what made Who, well, Who, and that’s what matters. She’ll be a hero first and foremost, who happens to be a woman, rather than a character burdened with gendered trauma and bad writing. And Whittaker understands this, as well as what makes her turn so important.

It’s been a long time since I’ve been excited for Doctor Who, but now I cannot wait for the series to return. If Whittaker’s portrayal is even half as amazing as her enthusiasm, we’re about to be very happy Whovians. Very happy indeed.