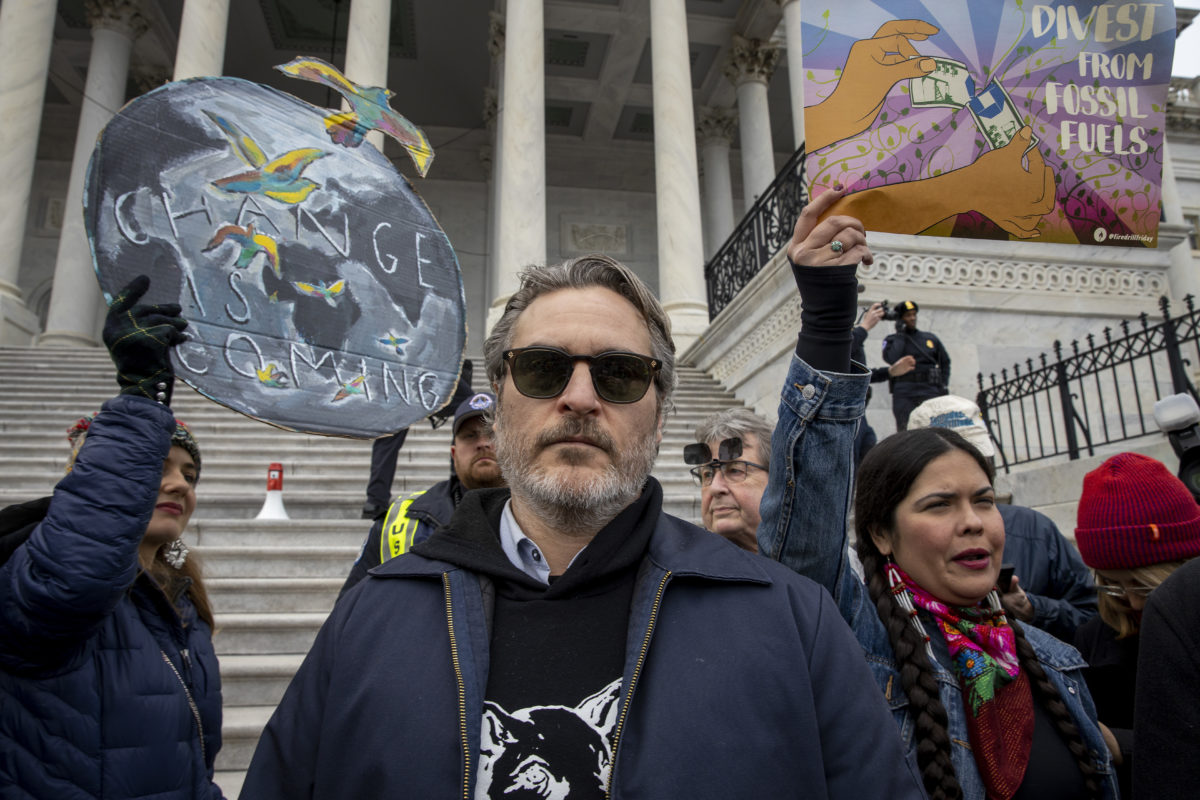 After a passionate speech at the Golden Globes calling out Hollywood’s carbon footprint and wasteful habits, Joaquin Phoenix proved that he seriously Joaqs the Joaq (I’m sorry) when it comes to climate activism as he was arrested today as part of the final Fire Drill Friday climate protest led by Jane Fonda.

Phoenix, a committed vegan, spoke out about the meat and dairy industry’s role in climate change and participated in a sit-in on the Capitol steps that led to his arrest along with Martin Sheen, who also delivered an impassioned speech.

Listen to this incredible speech from OUR President, Martin Sheen #FireDrillFriday 🔥 pic.twitter.com/Z7HxNkovR8

The Fire Drill Friday protests have happened weekly at the Capitol since October, led by Fonda and other climate activists. Fonda herself has been arrested several times along with her Grace and Frankie co-Stars Sam Waterston, Manny Jacinto, Catherine Keener and Rosanna Arquette. In the months since they started over 350 activists have been arrested and released and the movement has garnered national attention.

The protest in Washington will pause for now, as Fonda returns to L.A. to film another season of Grace and Frankie. But following that she plans to move to Washington to devote herself to climate advocacy full time.

It will take that level of commitment to make her voice heard, I’m afraid. These protests and arrests are powerful statements, but more action and more attention are needed in this crisis, especially as fires rage in Australia and the climate crisis goes unaddressed by the president and Republican party. The Fire Drill Friday protest will continue in other forms, in Los Angeles and locally, spearheaded by Greenpeace now.

As for Phoenix, it’s good to see a man who’s due for an Oscar nomination on Monday not spending his time courting academy voters and instead using his platform to speak up about and issue that’s clearly important to him and should be important to us all. He’s doing his part to bring attention to a vitally important issue, which is something we like to see.