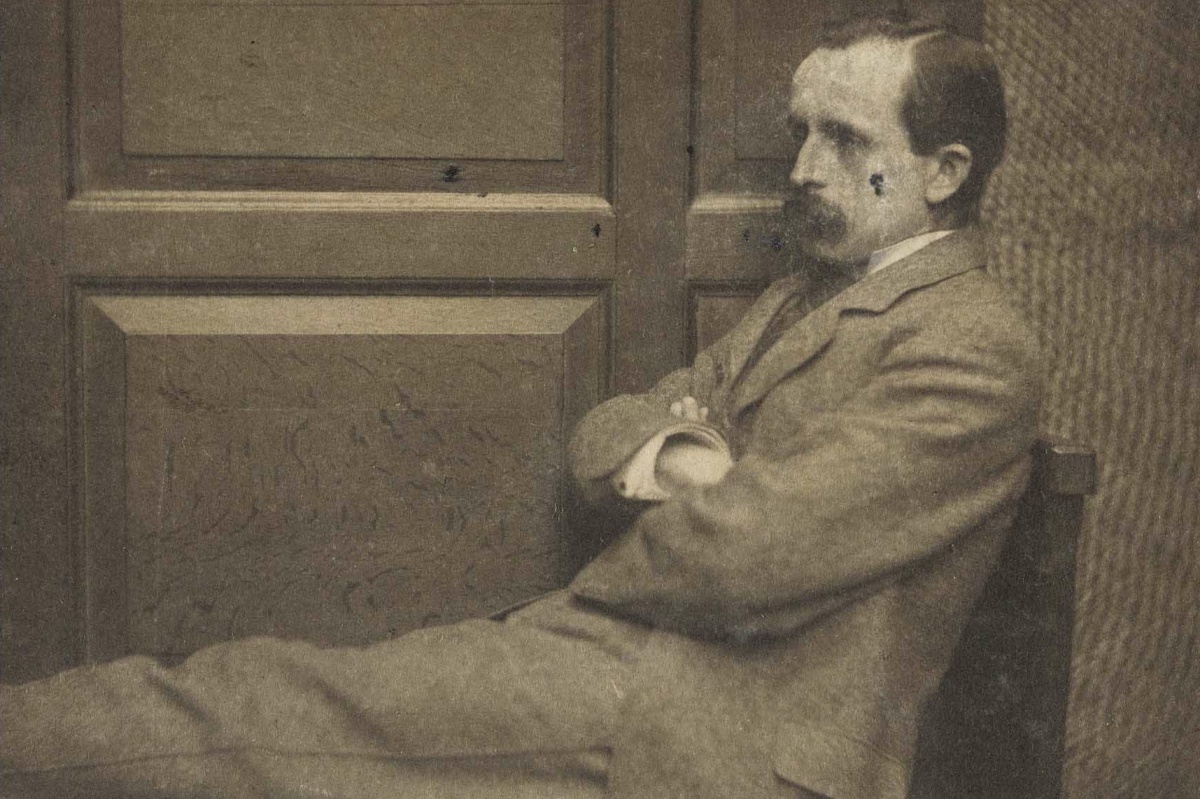 There is nothing more alluring than a real star-crossed love, and with the upcoming release of letters between Peter Pan author JM Barrie and Treasure Island author Robert Louis Stevenson, there is some serious longing going on.

According to The Guardian, after over a century of being missing, the lost letters between JM Barrie to Robert Louis Stevenson have been found! Like all queer things, they were recovered in a cardboard box in a library archive and will be published for the first time in a forthcoming book.

The two Scottish authors began writing to each other in 1892 and Stevenson, who was older, died only two years later. Apparently, after a year of correspondence, Barrie wrote: “To be blunt I have discovered (have suspected it for some time) that I love you, and if you had been a woman…” The sentence was left unfinished but those are gay longing ellipses, my friends.

After Stevenson died, his side of the correspondence was published, but Barrie’s had not been. Barrie’s side of the letters read like my emotionally longing letters to Lord Sesshomaru back when I thought I could will him into existence.

Some of Barrie’s letters are over 3,000 words long and include a declaration of love, wishing that he would meet Stevenson (the two never did meet) which makes it even sadder and tragic, and fantasizing that “the pair were actually distantly related in order to open up to Stevenson about his close relationship with his mother.” Just two bros respecting the hell out of each other.

Dr. Michael Shaw, a lecturer in Scottish literature at the University of Stirling, found the box in the Beinecke Library at Yale University. At first, he had no idea that the letters had been lost.

“I just assumed that they had been published and I didn’t know about them. I was judging myself, thinking I really should have read these,” he said.  It wasn’t until he tried to buy a book of the correspondence that he found out what he had accidentally unearthed.

In Shaw’s forthcoming book, A Friendship in Letters, the letters will finally be able to be seen in their full form. “What’s revealed in these letters – and it took me a while to discover the full extent of this – is the influence that both Stevenson and the correspondence have on Barrie,” said Shaw. “In reading over Barrie’s works, I started to see allusions to the letters and to Stevenson that I hadn’t noticed before.”

Of course, there will be some who will see this language as just-of-its time “mutual affection,” but I will just direct everyone to the “if you had been a woman…” bit and you tell me if that isn’t a smidge queer!

(via The Guardian, image: JM Barrie, Sotheby’s via Getty Images)