Maybe J.K. Rowling Will Announce That These Memes Are Also Hogwarts Students 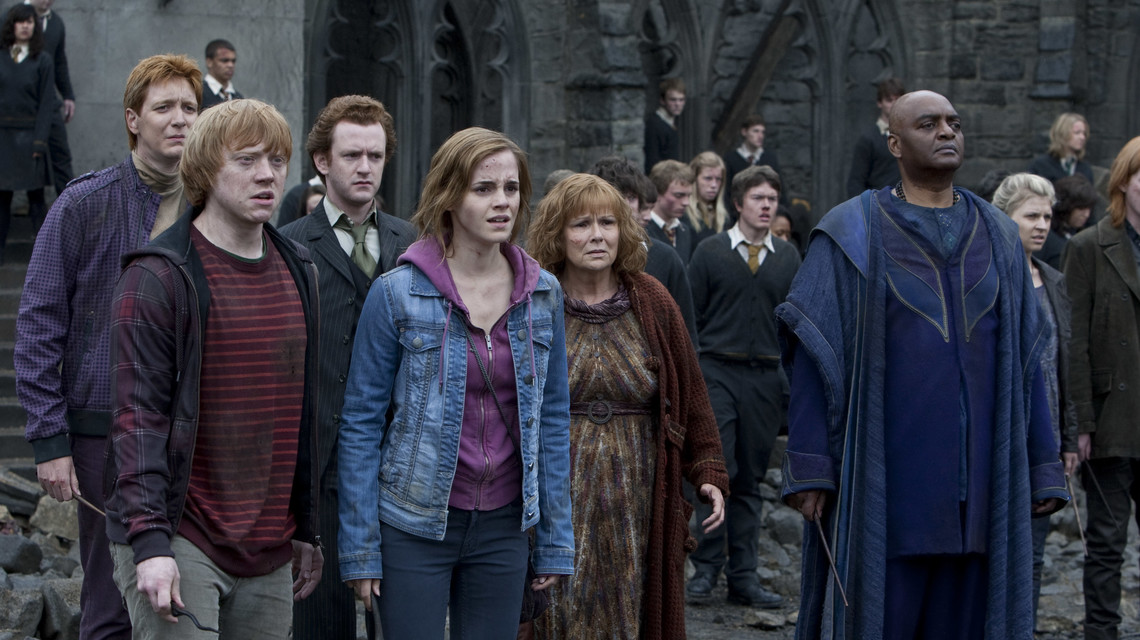 We should have a new rule as a society: The creators of our favorite series should not be in charge of them after they’ve finished. First, George Lucas gave us the Star Wars prequels, and now J.K. Rowling continues to open up about this “inclusive” Hogwarts that we didn’t see onscreen. Oh, also, Grindelwald and Dumbledore totally got it on.

It’s gotten to the point where we just want Rowling to stop—not in the sense that she stops writing, but that she stops telling us these things while not acting on them. If Hogwarts is so inclusive, show it in the Fantastic Beasts and Where to Find Them, series. If Dumbledore and Grindelwald are in love, then let us see it.

Instead, we just continually get these fake promises, and it isn’t really fair to those of us who have been with this series from the get-go, which is why Harry Potter fans spent the weekend roasting her on the internet.

J.K. Rowling Confirms Some Characters in Her Books and Movies Are Gay Everywhere Except in the Books or the Movies https://t.co/Y5gcbMWNB9

jk rowling: oh btw dumbledore is gay
everyone: oh, worm, where in the books?
jk rowling: nowhere, i just made it so
everyone: well that’s bullshit
jk rowling: uh *throws darts at a board* well it’s ABSOLUTELY 100% gay if he fucked for sure right
everyone, exhausted: please stop

jk rowling reappearing every 2 months to say something literally no one asked about is me adding more random details to my essay to up my word count https://t.co/70D37Xez76

JK: “Snape has spent much of his life trying to recreate the mythical Viagrus potion.”

Jk Rowling in 2030: Voldemort was a depressed gay man of color

us: can we get the marau-
jk rowling: no
us: but
jk rowling: the restricted section of hogwarts was restricted because that’s where dumbledore hid his gay erotica

And there’s plenty more where that came from because, I guess, we all needed to get out our Rowling aggressions.

JK Rowling: You know what else was nine and three quarters?

J.K. Rowling: Dobby fucks the sun every day that’s what night is

Is J.K. Rowling going to start practicing what she’s preaching, or are we continually going to get Dumbledore just staring into the Mirror of Erised as our “content”? Who knows, but there are three more Fantastic Beasts moves, so maybe Rowling will surprise us after all.

Until then, we just have all we have is jokes.