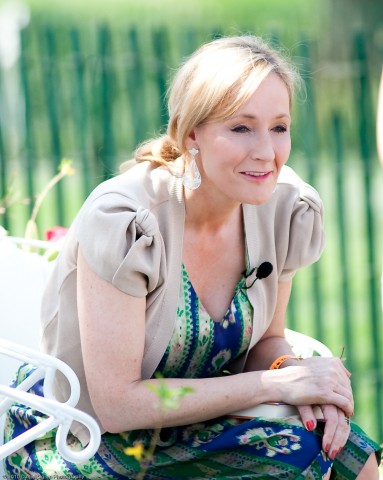 Everybody knows that JK Rowling loves the heck out of riddles. Heck, she even named a character “Riddle,” and then she and her editors meticulously figured out a different first and middle name for the guy so they could do that “I am Lord Voldemort” thing in every language the books got published in. So of course she was bound to deliver us some sort of update on the Fantastic Beasts movies via an anagram. Of course.

The impetus for the word puzzle? A mesfan who copped to overanalyzing all of her tweets. “You want to overanalyze?” JK must have said while cracking her knuckles, “Oh, I’ll give you something to overanalyze, nerds.”

Very busy at the moment working on a novel, tweaking a screenplay and being involved in @lumos campaigns. Back when I’ve finished something! — J.K. Rowling (@jk_rowling) October 5, 2014

That last tweet naturally sent the Hogwarts fandom into a tizzy, and today she’s been offering added hints to any would-be Internet sleuths:

#helpfulhint The solution is the first sentence of a synopsis of Newt’s story. It isn’t part of the script, but sets the scene. — J.K. Rowling (@jk_rowling) October 7, 2014

One thing’s for sure, it’s definitely something pertaining to the upcoming Fantastic Beasts and Where To Find Them trilogy that Warner Brothers is putting out. But what could it possibly be? And wait a minute—what was that about a new novel, Rowling?