Let's focus on the next theory. 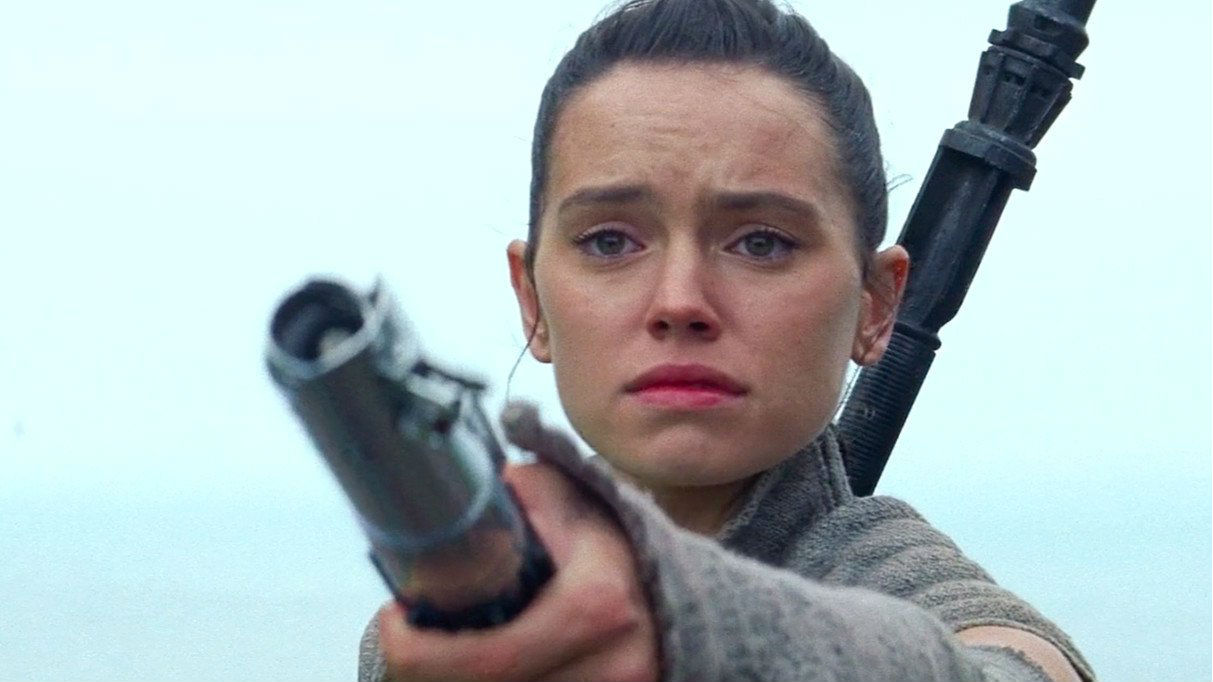 While I don’t buy into the myth that the The Last Jedi was so controversial that it shattered Lucasfilm’s faith in itself, some of the plot points were a little divisive. A lot of fans were hoping that Rey would be a Skywalker, Solo, or Kenobi; ultimately, Rey turned out to be “nobody,” the child of two junk traders on Jakku. Given that Episode IX is supposed to conclude the Skywalker Saga (for now), it makes sense that the heroes are all not from the Skywalker bloodline and the villain is. However, based on a quote from Rian Johnson, the hot new theory is that JJ Abrams will retcon this.

As we previously reported, when asked by MTV News if JJ Abrams retconning Rey’s parents would upset him, Johnson replied “Like I said, man, I want to let go of all my expectations. I want to sit back. I want to be entertained. I want to be surprised. I want to be thrilled. I want him to do stuff that I wasn’t expecting him to do, and just go along for the ride. For me, that’s why I go to the movies, you know?”

Johnson’s comments don’t say that he’d be okay with Abrams retconning his work, just that he wants to be surprised. And really, don’t we all? But regardless of Johnson’s feelings, or fan expectations, I think we can agree that Lucasfilm probably wouldn’t greenlight such a massive change to the canon.

There are reasons to worry about JJ Abrams working on Episode IX. For instance, the fact he hired Chris Terrio of Batman v. Superman and Justice League fame (who, admittedly, won an Oscar too) worries me because Terrio’s writing is not my favorite, even if I can’t tell which things about the DCEU that I dislike are his doing or the doings of Zack Snyder or Joss Whedon. But him retconning Johnson’s film? That’s the least of all of our worries.

We can debate until the cows come home whether or not Abrams intended Rey to be nobody from nowhere and if the sequel trilogy was entirely planned from day one, but the problem is is that The Last Jedi happened. We cannot strike it from canon, no matter how many people scream “not my Luke Skywalker” and run campaigns to remake the film. Lucasfilm approved Johnson’s decision, and that’s that. They wouldn’t approve a sudden change just because people were mad she wasn’t Luke’s daughter.

Abrams will give us a hopefully satisfying conclusion to the Skywalker Saga; maybe this means he’ll throw in a twist or two. However, I wouldn’t bet on any twists involving Rey’s parentage. Abrams has far bigger problems to worry about than an already resolved plot point. What matters is how the Resistance will win, whether Kylo Ren will be redeemed or not, and what the end of the Skywalker Saga means for the galaxy at large. What doesn’t matter is whether or not Rey’s parents mattered.

There are even ways to add layers to Rey’s parents without undoing the “random” element of their existence. Make them stranded former Imperials following the Battle of Jakku who left their daughter behind in exchange for a ship to join up with the Empire’s remnants in the Unknown Regions. Tie her existence to the presence of the Dark Side on Jakku in the novels. You can twist up her parentage a little while still preserving The Last Jedi.

There are plenty of concerns to be had about Episode IX. Retcons are probably not one of them. This post might age horribly, but for now, I feel comfortable saying that Abrams will probably keep Rey’s heritage intact and not backtrack on his predecessor’s decisions.