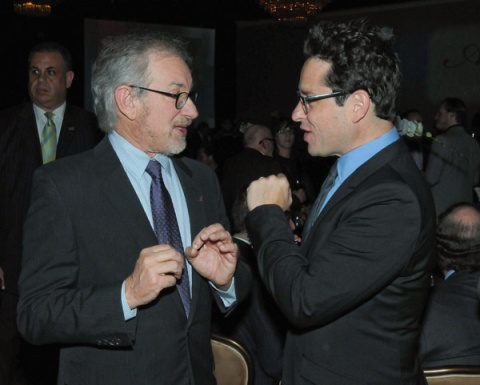 Right now, you could argue that we’re in a new age in filmic storytelling, and that science fiction has been brought into the limelight in way that it hasn’t enjoyed in years. One of the people who brought that shift toward mainstream is J.J. Abrams. A director who took on Star Trek in 2009, effectively retconned it, and made it a good movie with widespread appeal.

Well, it looks like Abrams might be up to something new and with a little help. Sources are telling New York Magazine’s Vulture blog that Abrams is currently working on a project that will, in some way, shape, or form, involve a certain Steven Spielberg and pay homage to his early work. While he’s not remaking Close Encounters of the Third Kind (something I’m not, for but still tend to think would be right up his alley), the project, according to Vulture, “will deal with everyday people whose personal relationships are tested when they are thrown up against extraordinarily fantastic – and possibly other-worldly – events.” Sounds like Lost, no? And it should, as one can tell that, from Alias to Cloverfield, Spielberg is a director and storyteller that Abrams owes much to and probably has immense respect for.

“This is really an interpretation of some of Spielberg’s earlier films,” said the unnamed insider, “but done in a personal way.”

Abrams, having already penned the script, is reportedly playing this pretty close to the chest, which is to be expected. It’s definitely in his M.O. to keep projects jealously guarded to create a bigger splash upon release; Cloverfield operated on the same principle, as does Lost to this day, even without his creative influence. The project will have a low budget, and be filmed for Paramount Pictures. Not even Paramount or Spielberg’s Dreamworks knows what’s up, so one can only wonder what’s going to come of this meeting of the minds.