J.J. Abrams Explains How That Rey/Leia Scene Was a Mistake | The Mary Sue

J.J. Abrams Explains How That Rey/Leia Scene Was Just Kind of a Mistake 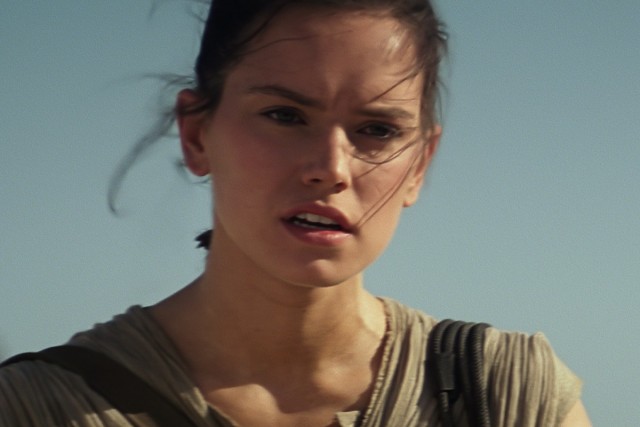 Star Wars: The Force Awakens asked more questions than it answered, but luckily for us, director J.J. Abrams hasn’t been quite as secretive in the movie’s aftermath as he was before. He’s now explained one of the most puzzling moments in the movie. (Don’t read on if you somehow still haven’t seen it.)

So in case you haven’t memorized the entire film yet, at nearly the end of the movie, after Han’s death, Rey brings an injured Finn back to the Resistance base, where everyone’s celebrating not getting blown up by a third Death Star. Leia and Rey aren’t nearly as jazzed, since Han Solo just got Qui-gonned, but they find solace with each other in a hug, despite never having met.

There are several possible reasons why Leia would choose to comfort Rey instead of Chewbacca in this scenario, but the simple explanation is that it was just kind of a mistake, as Abrams told /Film,

My thinking at the time was that Chewbacca, despite the pain he was feeling, was focused on trying to save Finn and getting him taken care of. So I tried to have Chewbacca go off with him and focus on Rey, and then have Rey find Leia and Leia find Rey. The idea being that both of them being strong with the Force and never having met, would know about each other—that Leia would have been told about her beyond what we saw onscreen and Rey of course would have learned about Leia. And that reunion would be a meeting and a reunion all in one, and a sort of commiseration of their mutual loss.

Chewbacca was never meant to be just standing by during the scene, so what looked like a particularly strong choice between two characters on Leia’s part was actually just kind of a mistake. (Although, come on, this wouldn’t be the first time Leia wanted to get that big walking carpet out of her way.) It was partially just a logistical choice that wound up going a bit awry, but if you had assumed their sudden familiarity with each other had to do with their Force abilities, you and Abrams were thinking along the same lines. However, if you thought there might be some deeper meaning regarding Rey’s parentage, it appears that—while that line of thinking may very well still make sense in retrospect after we see the next few movies—it wasn’t the intention of the scene.

(via Entertainment Weekly, image via Disney/Lucasfilm)