They DO seem to just keep coming back. 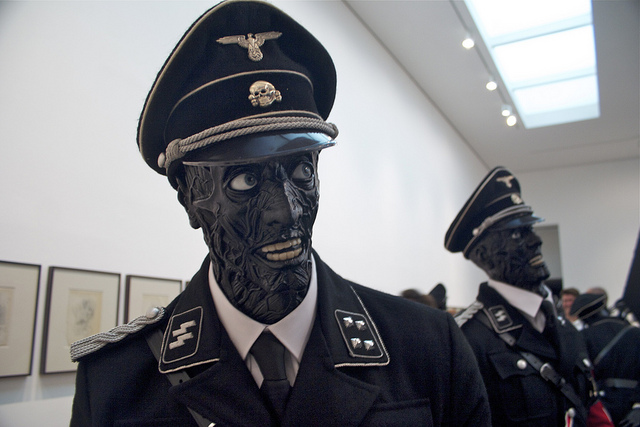 Because we already weren’t all feeling enough like we’re suddenly fighting Nazis that have somehow come back from the dead, J.J. Abrams is making a movie about literal Nazi zombies! Hey, if the real world is going to insist on being so on-the-nose about everything that we wouldn’t even believe it in fiction, this seems like the only logical option.

Apparently, the project has been languishing at Paramount since 2007, just waiting for the perfect chance to rise from its grave, and I guess now we’ve reached it. Abrams will produce the movie, with Julius Avery just brought on to direct and Billy Ray and Mark L. Smith writing the script. Abrams had previously said he was going to step away from reboots and remakes, but it’s OK, because he’s only producing a rehash of perhaps the most obvious amalgam of video game clichés.

Sadly, the story will not focus on Nazi zombies rising up to take over the U.S. government after gaining support from morally bankrupt Internet trolls with questionably reductive logic skills, but will instead take place during actual World War II. It will focus on paratroopers behind enemy lines on D-Day, who find themselves confronted with the supernatural in addition to standard enemy forces—basically, it’s Return to Castle Wolfenstein: The Movie.

But hey, there’s always the chance for some sequel setup when you’re literally fighting the undead. Perhaps it’ll be some kind of origin story for 2017?

(via Geek Tyrant, image via Elias Gayles on Flickr)