Yeah, I'd Rather Jimmy Fallon Not Talk About Politics | The Mary Sue

Yeah, I’d Rather Jimmy Fallon Just Not Talk About Politics 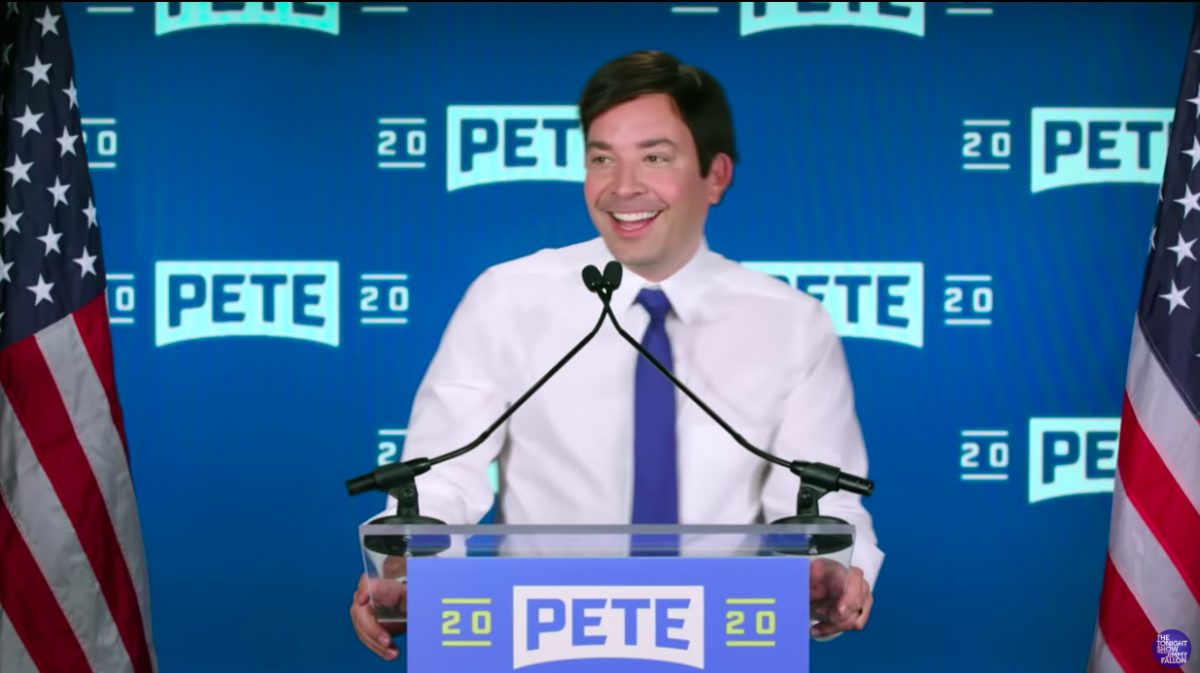 I’m old enough to remember 2016—that time, long ago, when we were all so hopeful, but then Donald Trump was elected president, and part of the problem stemmed from Saturday Night Live and Jimmy Fallon turning his racist ways into punchlines to make him “relatable” to audiences.

So, forgive me for not thinking this Pete Buttigieg sketch from Jimmy Fallon is funny—mainly because I’m tired of millennial jokes and people like Fallon commenting on the political unrest in our country when he was part of the problem with the 2016 election.

Pete Buttigieg isn’t the first to get this treatment. Fallon debuted his new bit with a Beto O’Rourke sketch earlier on, and fine, whatever.

Look, if this wasn’t on the tail of Fallon being one of the reasons why Trump is in office, I probably wouldn’t care. I don’t like the setup, but it makes sense. He used to be on Saturday Night Live, and this is something right up their alley. That being said, it doesn’t mean I have to sit back and shut up just because this is a new election.

Also, look: I’m tired of millennial jokes. With the Buttigieg sketch, Fallon makes quips about his age when Fallon is only 7 years older—and look, I’m a millennial, and the fact that everyone in Jimmy’s generation is going to take away my retirement doesn’t make me to keen on him making quips about avocado toast and laughing at us.

So, not only is he right back to his nonsense, but it makes it seem like his “woe is me” bit that the New York Times wrote about means nothing. In the piece, Fallon talked about how he understood everyone’s anger and even talked about what he was trying to do to the president:

“I didn’t do it to humanize him. I almost did it to minimize him. I didn’t think that would be a compliment.”

The problem is that these sketches just make me feel like he didn’t learn anything. I’ve said it before that what made Fallon and Tina Fey work on Saturday Night Live was that Tina Fey was into politics and Jimmy Fallon would crack jokes. Take Tina Fey out of the equation, and it just becomes a bit of a mess.

So, I don’t particularly care for these sketches, because it’s just mocking our chance to get Trump out of office. And, just so we don’t forget, here is one of the “fun” sketches that Fallon did when he had then-candidate Trump on his show. He didn’t bother asking him about his racist comments or holding him responsible for the things he said, but he could do bits!

I think everyone has the right to openly talk about the presidential candidates, but I just don’t care to listen to Jimmy Fallon do it after what happened with the 2016 election.