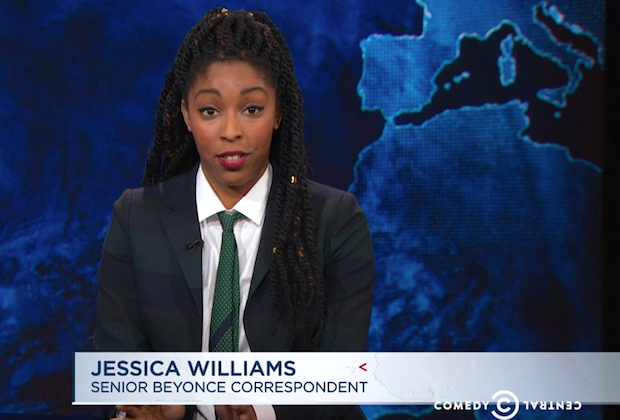 After four years with The Daily Show, Jessica Williams will move on to a new project with Comedy Central. Williams, in an exclusive interview with Entertainment Weekly, says, “I feel like I’m growing up and graduating.” Host Trevor Noah says, “The sadness I have for Jessica leaving is only eclipsed by the joy I have for her started her new show.”

While it’s definitely sad to see her go, Williams’ new show sounds like it’ll be full of the socially conscious and witty commentary that we know and love. She will write, produce, and star in the pilot of an upcoming half-hour series produced by Broad City‘s Naomi Ekperigin that she describes as “a show about someone in their 20s who has all these social ideas but still, like, does not have it together.”

I’ve had this idea for a while about a young woman who is a feminist and who imagines herself to be “woke.” I think that a lot of the time, we have this idea that when you are, like, “woke” — and please always put this in quotations! — that you should always have your shit together. But I know that often for me, as a black woman of color, I feel like I’m supposed to represent these ideals and values that I was taught as a young lady. Like I’m supposed to carry myself in a special type of way, but oftentimes I’m, like… I’m still in my 20s, and still kind of a mess.

Thursday’s episode will be the last for Williams, who was not only the youngest correspondent on the show, but also the first black woman to hold the position. Check out the full interview and a highlight reel of Williams’ finest moments over at EW!

(via Shadow and Act)