No, Jessica Jones Isn't Sexist Towards Men | The Mary Sue

No, Jessica Jones Isn’t Sexist Towards Men; Let’s Talk About Why 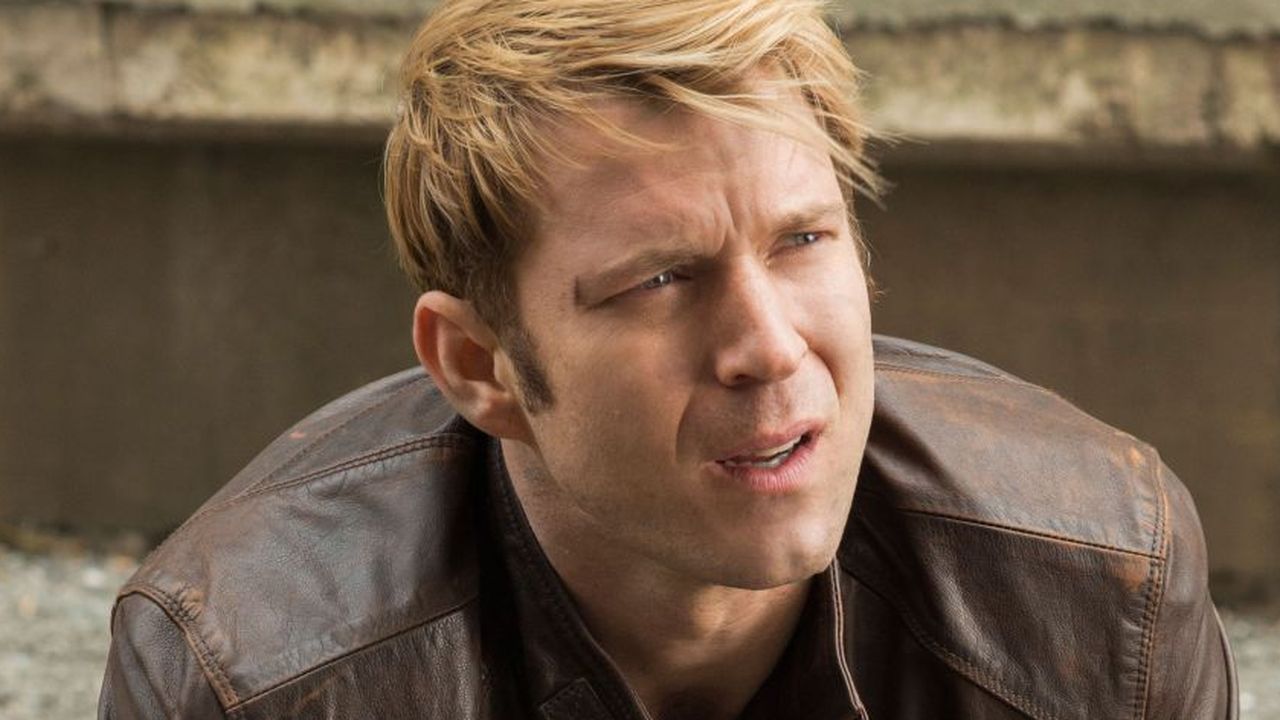 A little over a month ago, Jessica Jones exploded onto the internet. Everyone was thinking, talking, and writing about Jessica, Trish, and Kilgrave, and for good reason. So many things make this show a unique Marvel franchise: realistic powers, no super hero costumes, and characters dealing with mental health, substance use, an abortion, and the trauma of abusers. And yes, Jessica Jones has strong female representation. More than just representation—Jessica Jones has multiple main female characters, far more than what we’re used to seeing in Marvel movies and shows. And thank goodness for that.

A few weeks ago, I was about halfway through Jessica Jones, when this tweet popped up on my dash, shared on Facebook by a friend of mine.

Me watching Jessica Jones; “WTF ALL CHARACTERS ARE WOMEN, THE MEN ARE EITHER BAD OR EYE CANohh. Okay. Ah. So that’s what that feels like.”

This tweet, and its popularity, opened my eyes to a new perspective on Jessica Jones, one that made me uneasy. I started engaging in conversations, and realized that many people thought of Jessica Jones as the literal reversal of a typical Marvel production, meaning they thought it was sexist towards men. Many people I talked to didn’t seem to mind that “reverse sexism,” like my friend, because they recognized women get the short straw so much in Marvel movies.

Let’s break this down.

Many people seem to perceive Jessica Jones as having a predominantly female cast, and not only that, but having better developed female characters, while the male characters are one-dimensional.

I decided to do some investigating of my own, to follow up on that claim. First, is Jessica Jones really mostly female characters?

Listed principally: Jessica, Trish, Malcolm, Kilgrave, Hogarth, Will Simpson. Anyone’s who’s watched the show can attest that those characters have the most screen time out of anyone.

The 10 bigger supporting roles include: Luke Cage, Pam, Hope, Wendy, Detective Clemons, Dorothy Walker, Robyn and Ruben, Louise and Albert Thompson. There are more side parts for sure, but those are the regulars.

Which means that the main cast of Jessica Jones characters are a dead even split between male and female. Add in the supporting roles, and you’ve got about a  56% female cast. That’s pretty much even. Is this what “predominantly female” means to us?

Don’t get me wrong here: I’m thrilled there’s a Marvel universe franchise with an equal female/male split. That’s a huge step forward. But Jessica Jones being perceived as a mostly female show points to a major perception problem, one women are so entrenched in already.

A study on sexism in classroom settings by Dale Spender has always fascinated me: she asked university students in Australia to explain how they perceived the discussion ratio in a female/male classroom. She found that when women talked an equal amount of time, they were perceived as having had “more than their fair share.” PBS summarizes the results: “If women talk at all, this may be perceived as ‘too much’ by men who expect them to provide a silent, decorative background in many social contexts.”

We aren’t used to women getting an equal share of main characters or screen time, so when a show comes along where the ratio is even, many people can perceive it as a show with all female characters. When in fact, Melissa Rosenberg, Marvel, and Netflix have done a wonderful job making a Marvel show that’s actually aiming for equality.

But since we aren’t used to women getting much of a part in these superhero movies or shows, or only getting a small amount of the screen time comparatively, to some this ratio seems much steeper. That the female part of the cast is getting “more than their fair share.” We can’t have women characters being better represented without the male characters being slighted, right?

The other part of this is addressing the ‘cardboard’ male characters of Jessica Jones, and their supposed lack of complexity. But I would venture that none of the male main characters on Jessica Jones are Gary Stus, and that the evil characters are far more complicated than “just bad.” I think a brief character study/summary of the main guys will help illuminate the obvious:

We are shown Kilgrave’s background of abuse. He’s a murderer and a rapist, but we feel for his child self being tortured.

Malcolm is an abuse survivor and has struggled with substance use, and his social worker soul drives him to help people, though he struggles to see the good in the world.

Simpson is also an abuse survivor who wants to keep people safe, but his need to do so drives him to take dangerous drugs to combat a terrifying evil that he doesn’t understand.

Luke Cage has a terrible past that he needs to heal from, and yet can forgive even the most horrifying of transgressions for the person he loves.

What about these men makes them simplistic, non characters? Only when we decide that complicated women cannot possibly exist in the same world as complicated men, could we see these characters as anything but developed and fascinating. It’s not one or the other, though we are so used to that being the case when we watch Marvel movies.

I’ve been slightly obsessed with Jessica Jones in the last month, maybe you can tell. I devoured the LA Times interview with JJ show creator Melissa Rosenberg, and encouraged everyone I know to read it too. Something that really struck me was the interviewer kept trying to lead Rosenberg down the path of declaring the show incredibly feminist! Which it is. But Rosenberg that being feminist means it’s closer to reflecting reality. She was interested in “being honest” with her characters. All her characters. She wasn’t interested in like, “being honest about female characters and IDK the male characters were there for villainy and sex appeal.” I think we can have more faith and respect for this brilliant creative mind than that.