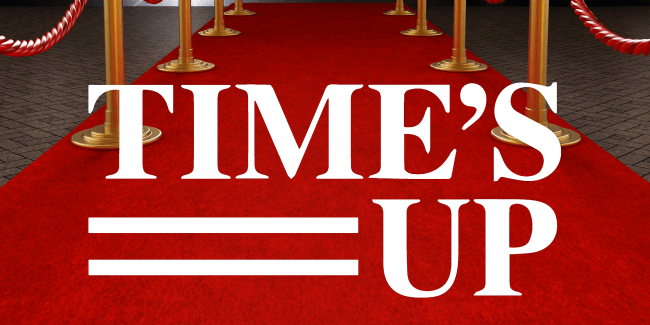 When Thandie Newton recently came out to say that she felt she was excluded from the Time’s Up movement, actress/director Asia Argento came to her defense on social media, starting a conversation that needs to happen in order for Time’s Up to continue to do good work for the most women.

I stand with you @thandienewton

In response to Newton’s interview, Argento wrote, “More proof, if any was needed, that #TimesUp is an exclusive club (and extended feel-good PR opportunity) for Hollywood elites that shuns survivors,” followed by, “I stand with you @thandienewton.” Argento obviously can relate better than most, being herself a survivor of several sexual assaults and harassment at the hands of Harvey Weinstein. Yet, very often, she has been either cast aside, or lambasted by the press in her home country of Italy, for not fitting the “perfect victim” mold.

Jessica Chastain, who has been actively participating in Time’s Up, reached out to Argento on Twitter, starting a conversation:

I invited you to the first meeting at my house Nov 27th but unfortunately you were out of town. It wasn’t called #TimesUp cuz we didn’t have a name. It was just a group of actresses coming together to see how we could support the brave women coming forward & create lasting change

You’ve been so kind and supportive not only to me, but to a lot of survivors. But when you invited me to your house you said it was just a lunch with actresses, not that you guys were starting a movement.

I have to say, I am uncomfortable with the involvement of CAA in #TIMESUP, and having Goldberg and Miller as speakers for the movement at @Tribeca. Seems badly timed.

In the beginning CAA offered space in LA. Our houses cannot hold all the women that want to be involved. We had to find large spaces. They are not leading this. The women at the meetings bring up ideas on how we can continue to move things forward. All these women are the leaders

I have felt so bad that some feel excluded. I was never asked to join anything, I just came forward to see how I could be of service. No one is unwelcome. The more women that come together, standing shoulder to shoulder, the stronger we are.

You, and so many others, were so brave to speak up & start this movement. It is my goal to make sure it will never be in vain. I will always support you and what you did.

Whenever a large group gets together to accomplish anything, there will inevitably be differences of opinion on how things are handled, and there always seems to be a group that takes charge, and a group that feels like they aren’t being heard as much as they’d like. In looking at this conversation, there were a couple of things that came up for me: 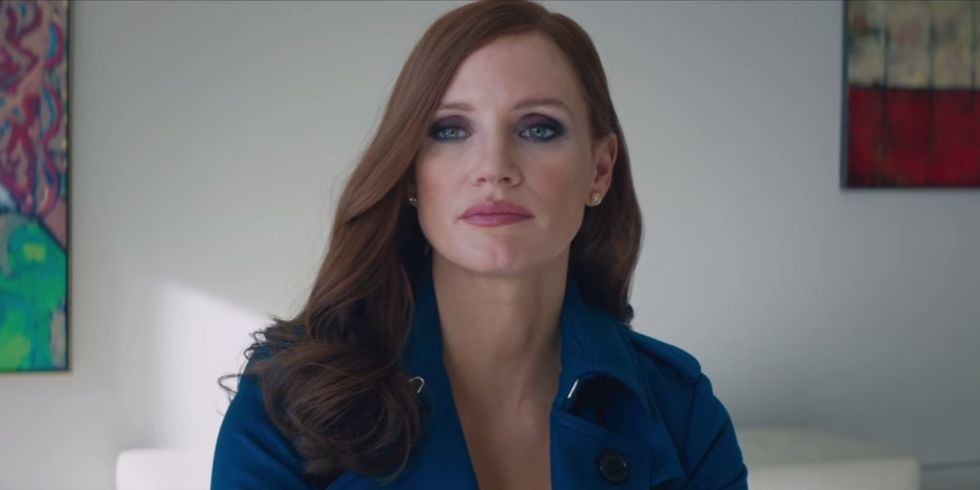 No one knows what’s going to “be a movement” in advance.

Chastain says to Argento that “It wasn’t called #TimesUp cuz we didn’t have a name. It was just a group of actresses coming together.” Argento responds with, “But when you invited me to your house you said it was just a lunch with actresses, not that you guys were starting a movement.”

Well, yes. That’s exactly what Chastain said. Argento was invited, but couldn’t make it that day. I have no idea whether or not she followed up, or asked what happened at the meeting, or what. But according to Chastain, it was just a bunch of actresses coming together to figure out what to do. No one starts a movement by saying, “I’m going to start a movement,” and those who do generally end up being self-serving and amplifying the image of one leader as opposed to the work of a group.

Movements happen organically. Time’s Up came to be over months of planning and work. All the Weinstein stuff came out in October 2017. Chastain says that the first meeting of what would become Time’s Up happened at the end of November. Their open letter and announcement of their coalition and goals was released at the beginning of January.

So, from October on, women in the entertainment industry were talking to each other, connecting, and making plans. Argento was invited to be a part of that. She couldn’t go to one meeting but now, seeing what Time’s Up has become, feels excluded and calls the effort an “extended feel-good PR opportunity.” 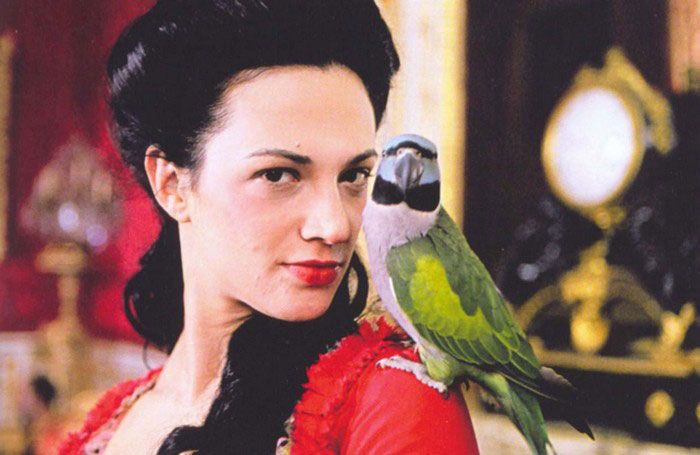 Those in charge of any movement need to look around at who’s getting involved, see who’s missing, and ask themselves why.

Even those with the best intentions often don’t fully account for how inclusive they’re being, or not being. I wonder if, after Argento couldn’t make that meeting, Chastain or anyone else followed up with her to invite her into the planning—checked in to see how she’d like to be involved.

It’s all very well and good to say that “I was never asked to join anything, I just came forward to see how I could be of service.” (Amber Tamblyn backed her up on this point with what I thought was a pretty unhelpful comment.) However, it’s a sad truth that there are women who, for whatever reason, won’t feel comfortable or welcome to do that. Some, like Argento, might have had bad experiences with not being a “perfect victim” and assumed that they’d be looked down upon by the group for that.

Others, like Newton, might have assumed, judging by the women who were visibly involved and the fact that perhaps no one invited her directly, that her star power wasn’t enough for the coalition.

Part of what needs to happen is that organizers need to be proactive about inclusion. It shouldn’t entirely rest on the shoulders of willing participants to put themselves forward. Your coalition also has to actively send the message that you are an organization worth joining, that your coalition needs and welcomes everyone’s involvement, and yes, your coalition needs to actively reach out and recruit. That’s part of the work that needs doing: building an army. Armies don’t build themselves. 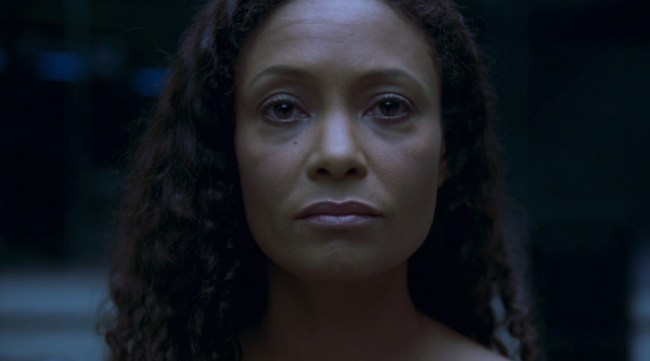 If you don’t like how something is being organized, be a part of what fixes it.

It’s interesting to me that there’s such a concern around being publicly invited, and publicly supporting the movement, rather than simply taking part and being one of many. Obviously, one of an actress’ biggest assets is her platform and visibility, but that’s certainly not all she has to offer. Activist Tarana Burke started #MeToo over a decade ago. Sure, actresses made it popular recently, but the work had been put in for a long, long time.

What exactly are we saying we value when we put so much emphasis on a movement’s public face?

Thandie Newton’s case is curious, considering that she was one of the original 300 signers of the Time’s Up letter. Clearly someone approached her, at least for her support and use of her name. I’d be curious to know if there was any follow-up on her part after that. Her interview wasn’t clear about how exactly she was excluded. Did she actively ask to help and they told her no? Or, did she not hear from anyone after signing the letter, and assume she wasn’t wanted?

Argento has been extremely vocal about the fact that she was “excluded,” and has made no bones about pointing out the effort’s many flaws on social media. I wonder, though, if she’s actively tried to take part—found a committee to join, or offered her insights more directly than on Twitter in order to change how Time’s Up operates?

Living in Los Angeles with aspirations to write for film and television, I’ve found myself becoming a member of several “women in film” groups. A large portion of them are overwhelmingly white. I joined one such organization at the invitation of an actress of color who wanted to “get more brown women in the room,” and I stayed because I liked the women and the work they were doing to advance female participation in entertainment. I also stayed because the organization was so white. They need me, as well as my friend, and other women like us, and I’ve since tried to invite other women of color to take part.

Since I joined, a group splintered off specifically for women of color, and I joined that, too. I think spaces like that are valuable and necessary. However, I’m still a part of the larger group, and I continue to join groups I “don’t see myself in” precisely because I want to see myself in them. They need me, whether they know it or not. A big part of what will change organizations like that is marginalized people insisting on participating.

I understand that’s not a comfortable thing for everyone, though. I can only speak for myself.

I write about all this, because these clearly aren’t just issues that affect Time’s Up. They affect all organizing at all levels. The bottom line? Everyone could stand to be a little more proactive. These are serious, systemic problems we’re trying to solve. We can’t afford to sit around waiting for people to get involved and join our team, nor can we sit around waiting to be asked to dance.