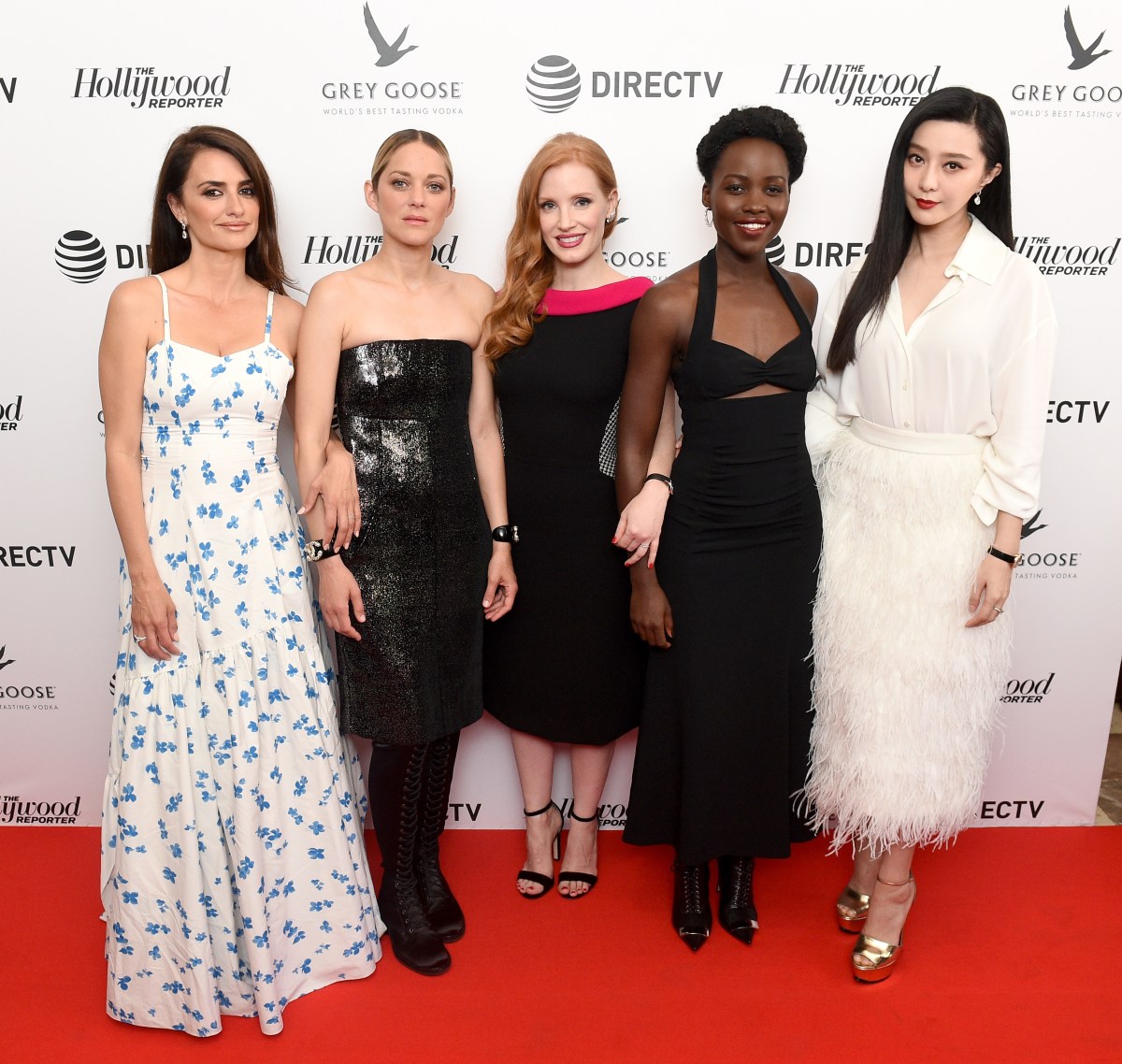 Jessica Chastain is single-handedly making Hollywood a better place for women. When she’s not calling out sexual harassment in the industry, fighting against pay disparity, and educating herself on the issues, she’s also spearheading the films that women are dying to see.

Her latest effort is 355, a large-scale spy thriller that brings together five international super-spies who have to learn to get along to destroy their common enemy. The film features Chastain teaming up with Lupita Nyong’o, Penelope Cruz, Marion Cotillard, and Fan Bingbing. It’ll be written by Theresa Rebeck (Smash) and directed by Simon Kinberg (X-Men: Dark Phoenix). An all-female Jason Bourne/James bond mash-up? Shut up and take my money. The five stars are currently at the Cannes, where they are owning the red carpet and melting down social media.

In a press conference at Cannes, Chastain revealed that the film will feature a fight scene between herself and Cotillard on motorcycles. Nyong’o, who will be playing a character similar to Q in the James Bond series, said “I have never seen an African woman intelligence agent. To me, that was important because I know they exist. What she uses to her advantage is people’s underestimating her.”

Penelope Cruz followed up by praising Chastain’s leadership of the project, saying “I said to Jessica, “You are our Santa Claus. It is very emotional to be part of the project.” The film has already scored its first major deal at the Cannes Film Market, with FilmNation Entertainment and CAA Media Finance Group setting a deal with French distributor SND. In the meantime, Chastain has signed on for several upcoming genre films. She’s set to play a potential villain in X-Men: Dark Phoenix (which is where she met Kinberg), and she recently signed onto play the adult Beverly in It: Chapter Two. She is also attached to a feature adaptation of the comic book Painkiller Jane.